Last week was pretty good just easing myself back into physical activity again. I had a run and core training session on Monday, a swim on Tuesday, and an indoor bike session on Thursday before flying off to Cebu — but not to compete. Instead, I went to cover the pro women’s race for Witsup.com, participate in IronGirl, ride with Ceepo, and support my Endure teammates and countless other athletes in the biggest event of the Philippine triathlon calendar. 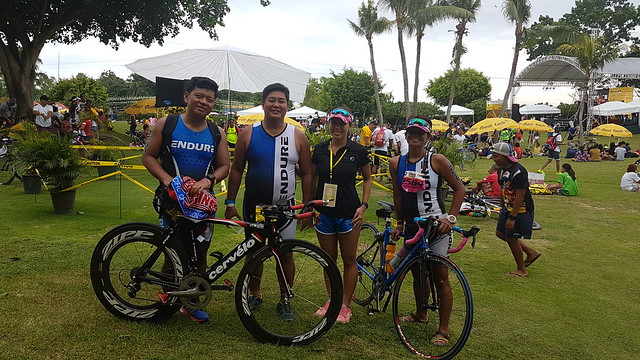 with a few of my Endure teammates post-race

While I did feel a twinge of envy seeing the participants pick up their awesome loot bags (that yellow dry bag stands out!), this was also the first year I was in Cebu with no pressure to perform. It was nice not to be a bundle of nerves for a change — to be the calming influence on my teammate who was doing her first half-Ironman and to think about how others were doing instead of focused on myself. Let me tell you, the challenges of being a supporter are different, but there is a lot of satisfaction seeing athletes’ faces light up when you offer them aid or encouragement. 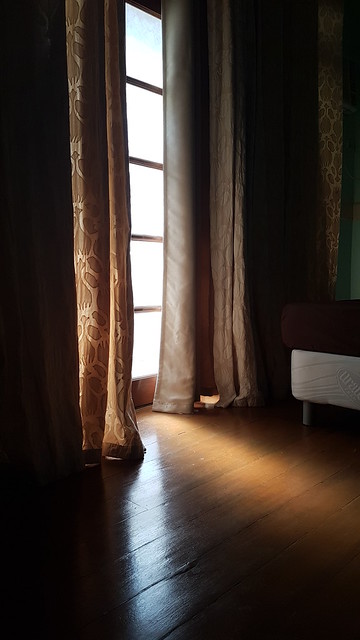 nice to keep the shades drawn and sleep in for a change! 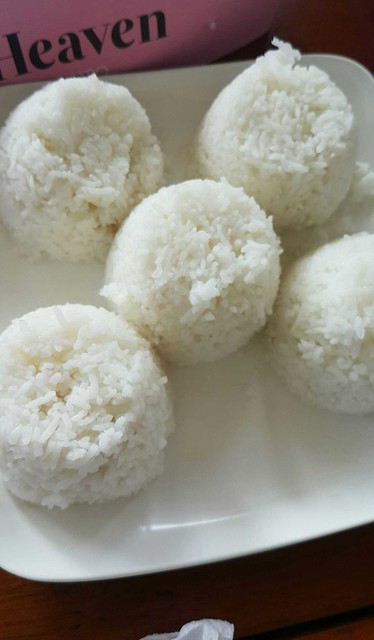 Being out there for the lead-up to the race and watching the race itself, I’m reminded how much I love this sport whether I’m competing or on the sidelines. I’m reminded how it brings out the best and worst in me and how it pushes me to do better and be better not just as an athlete, but as a person.

But I think being on the sidelines lets you get in on the fun without all the suffering. 😉

Here are a few snaps from a memorable weekend: 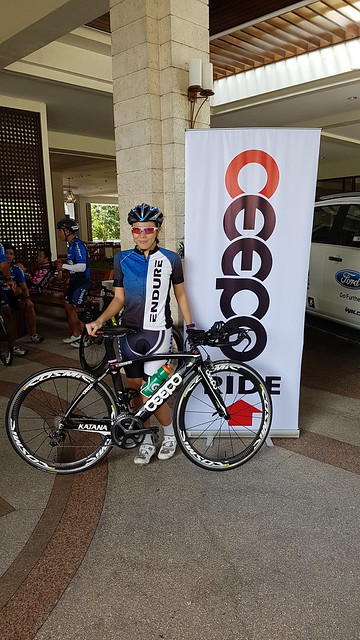 at the annual traditional Ceepo ride 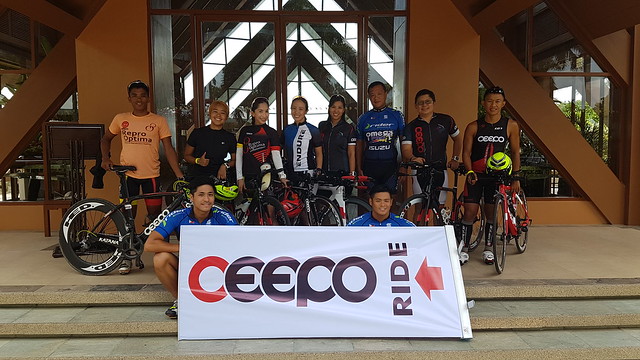 awesome breakfast with this bunch — thanks Shangri-La and Ceepo! 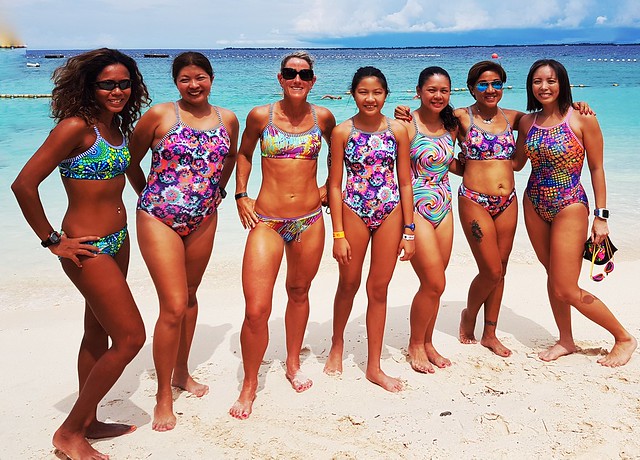 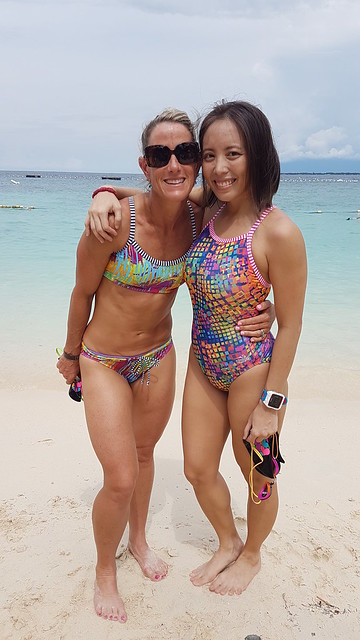 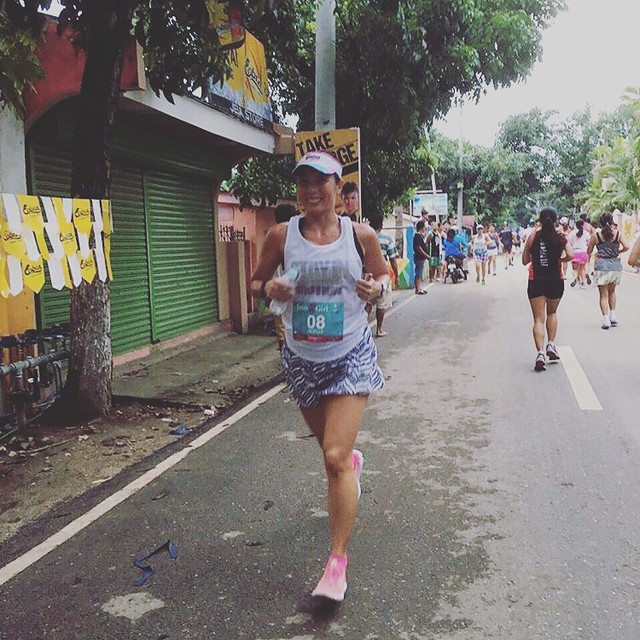 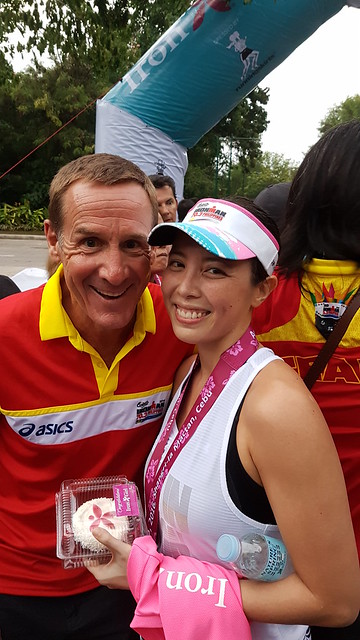 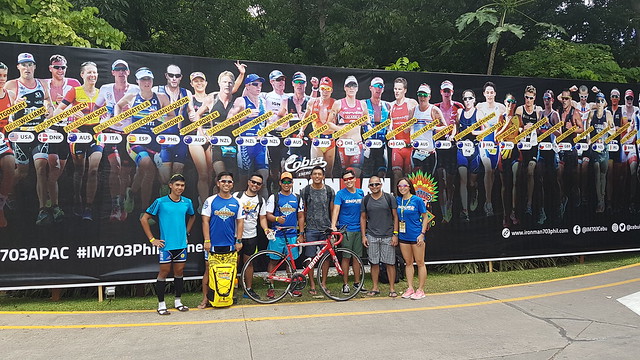 with my Endure teammates from Cagayan de Oro 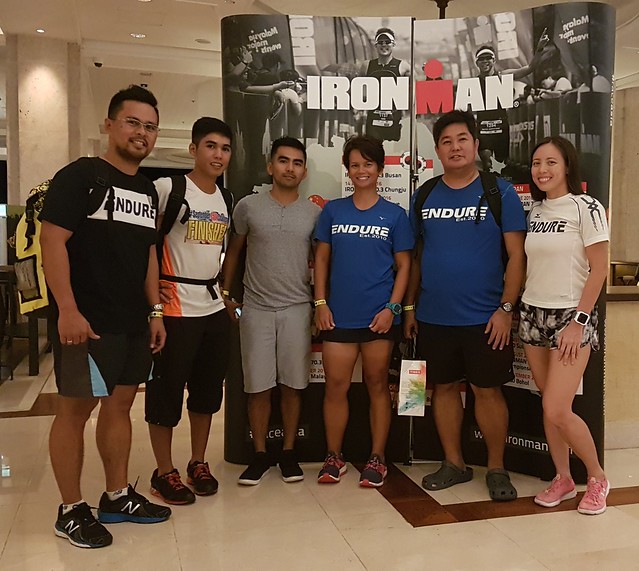 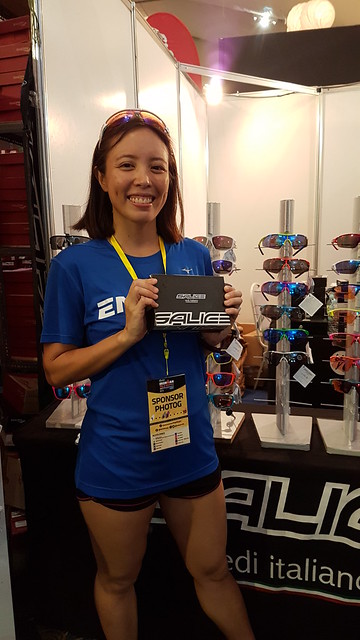 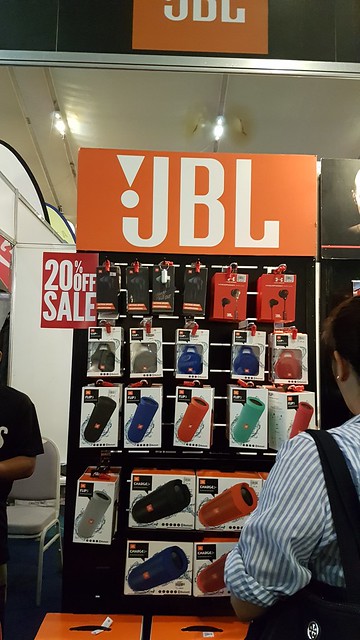 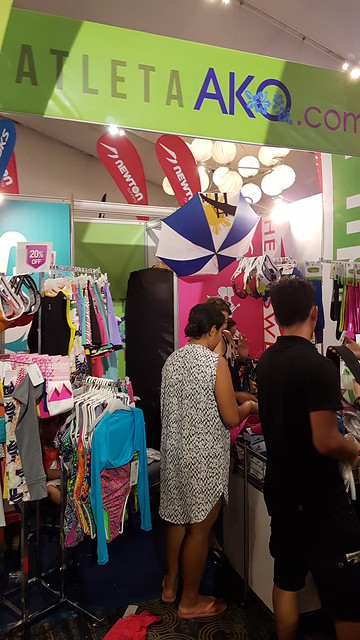 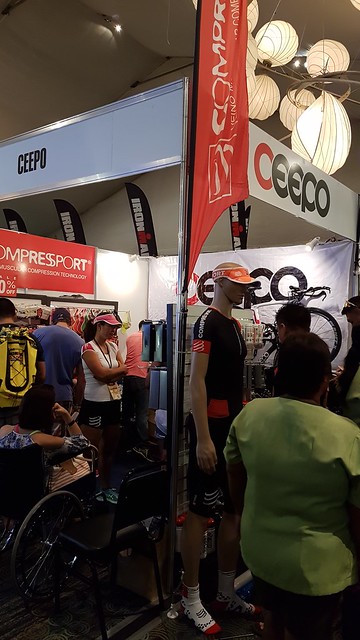 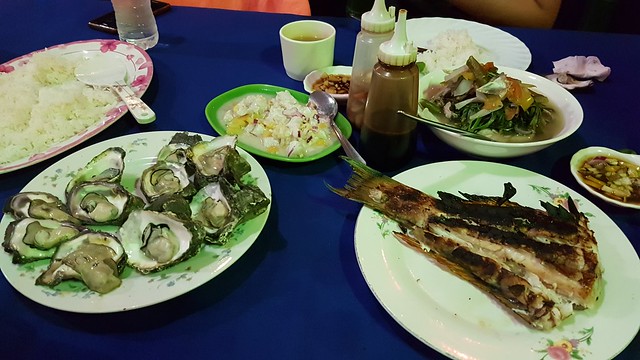 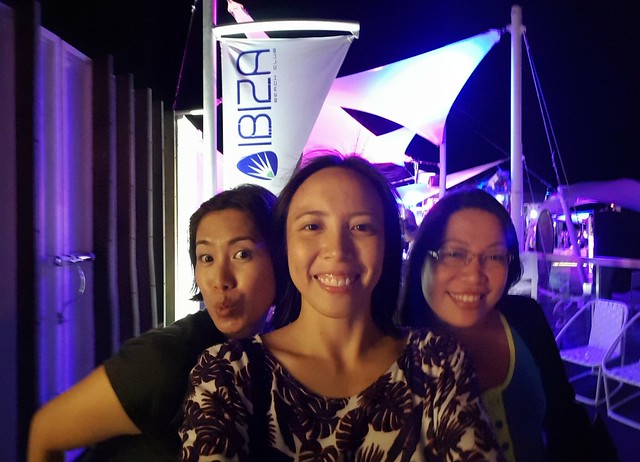 thanks to my TSM friends Farrah and Babeth for dinner and drinks! 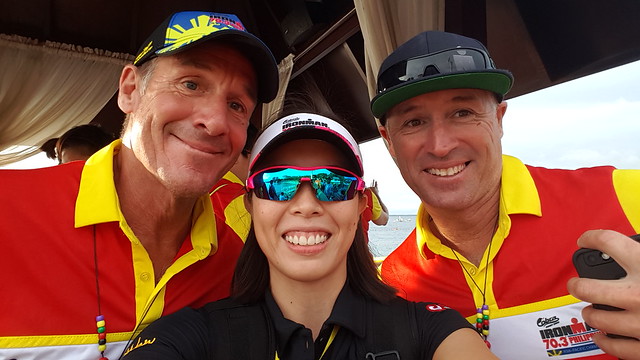 hanging out with Ironman announcers Whit Raymund and Pete Murray

pulling media duties at the swim exit — spot me! 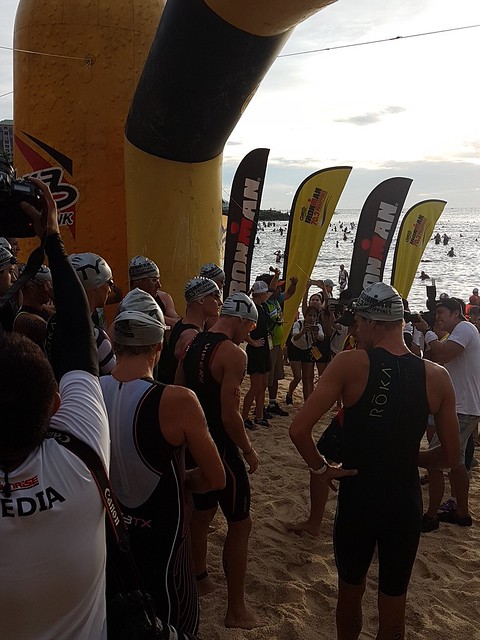 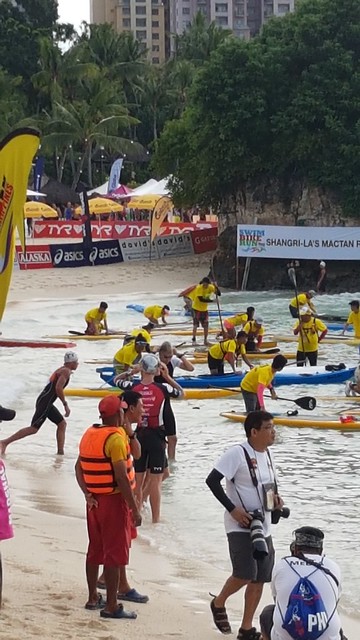 watching the pros on race morning 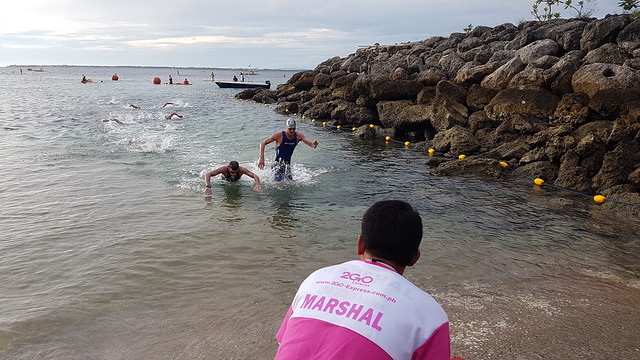 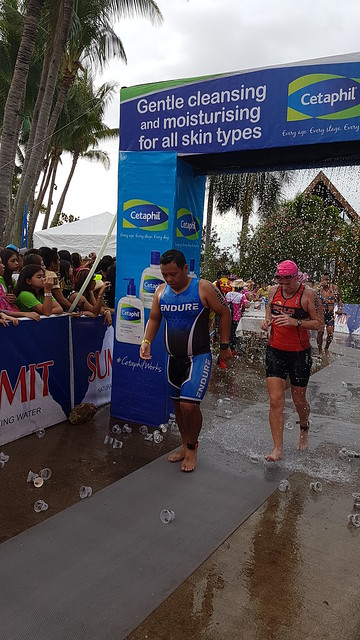 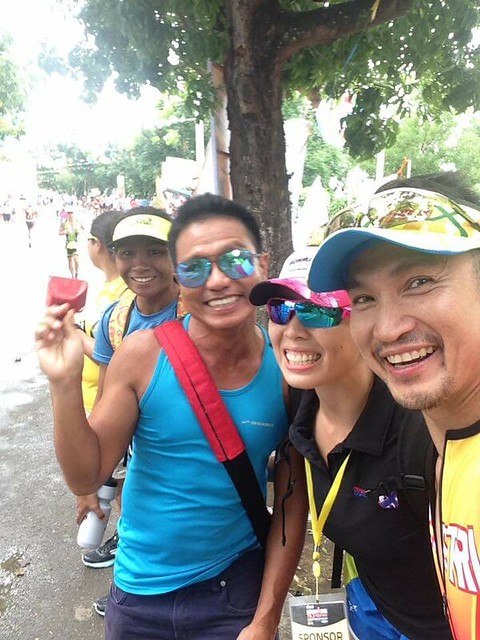 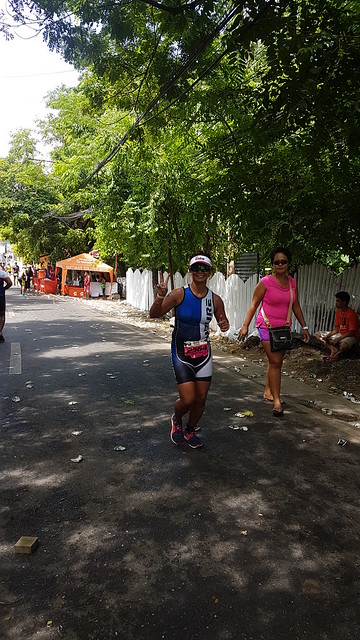 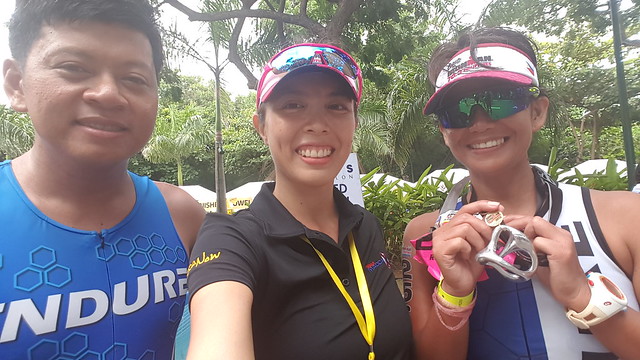 so proud of my team

After watching Caroline Steffen win this race for the fifth time in a row and writing up the race wrap, I returned to the course to help bring in the final bunch of athletes. I know I’m not the fastest triathlete out there, but this was the first time I saw how the tail end of an endurance event goes. The cheering squads and schoolkids trucked out to bring cheer are tired and quiet, or worse, have gone. The hydration stations have been picked clean and nearby residents are carting away the remaining boxes of sports drink, despite protests from those of us who know there are still people out on the course.

Those on the pointy end need support, but they’re only out there for about four or five hours. The athletes left out on the course as the cutoff looms are out there the longest; they’re the ones that need the most help — whether it’s a drink or a cheer — to make them feel that they are not alone. I positioned myself near the final kilometer of the run course and saw the change in athletes’ demeanor when I handed them something to drink and told them they only had a short way to go to the finish. Those slumped over would straighten up, their stride would quicken, a light would shine in their eyes as they realized they were almost home. Seeing their spirits lift was beautiful and inspiring.

I’m sitting in an airport in China looking at a nine-hour layover to Europe while typing this. My training schedule over the next week will be focused on running since I won’t have my bike over there and won’t have access to swim facilities, but I’m determined to be good to myself and allow my body to continue recovering to full health. Justin Granger just posted to our MaccaX private group, reminding us that if we don’t give our bodies the time off after illness, then we never actually beat the infection and it stays dormant until our immune systems weaken again. This sounds exactly like what I’ve been going through. So what if I’m underdone by Vietnam? Long-term health is more important. I just want to keep tri-ing beyond that finish line.