(This is a rambling post about just running. FREEDOM!) 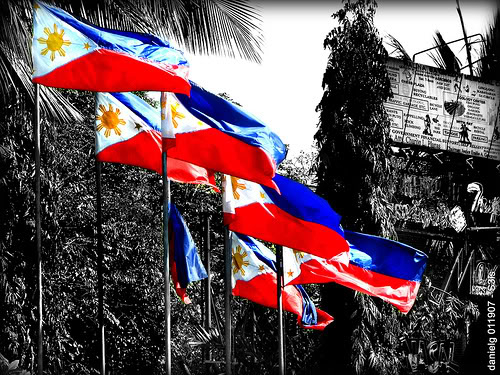 Since it was a holiday I decided to give myself a break from my usual run session of 1-mile fartleks (check out the Accordion from the online triathlon coaching system I use — MaccaX).

Instead, I decided to run as far as I wanted, going only as fast as I wanted. I would have my GPS watch on, but wouldn’t check it for pace. I’d leave my other gadgets, such as my Globe Samsung Galaxy S5, in the car. It would be a run just for the heck of it with no other distractions.

I usually run around the flattish sections of Bonifacio Global City, but that day I decided to take a more scenic route through Lawton Avenue and Bayani Road — the real Fort Bonifacio, where the military grandstand and facilities are located.

I thought I’d see more runners out on the road, but I probably came upon less than 20 on my meandering route — counting the casual joggers as well as the more dedicated ones training for Milo Marathon. It’s probably because most people took the liberty of sleeping in that morning instead! 🙂

When I’m running like this with no set time or pace or intervals, I have so much more time to observe everything around me and let my brain run as well. I watch the world go past me, notice the race singlets and tech shirts runners are wearing, think about the route they possibly took and will take, wonder about what races or events they’re preparing for… I’ve missed this. At this point in my training, running’s been about trying to get faster or go for longer. I haven’t run in a long time just for the enjoyment of getting my body to move, or to see where my feet can take me.

I headed down McKinley Hill, eager to run back up the hill again. I ran past the new commercial establishments at Tuscany, taking note of the restaurants there I want to try. I was salivating at the thought when I realized two men were running on the other side of the road. It was almost like they were chasing me down. We were going downhill and they hit the bottom of the hill earlier than I did, because I was coasting and preparing myself for a really hard return slog up that 4% incline. The competitor’s instinct in me clicked on and I charged back up the hill hard. I got on their heels. But I didn’t really want to get into a pissing contest, so I peeled away and turned to go another direction, while they continued onward.

My feet took me to Emperador Stadium in the McKinley Hill complex. I had never been there before, but it’s an artificial turf stadium with a seating capacity of 2,000 (!!!). Who knew futbol would be that big? Emperador stadium is home to the United Football League Philippines and is also used by futbol and Ultimate teams for games and practice sessions. It’s pretty impressive. I would have taken a selfie if I hadn’t left my Samsung Galaxy S5, but this run was a great exercise in just experiencing and remembering. You don’t always need to take a photo to prove you were there. 🙂

As I ran out of McKinley Hill back onto Lawton Avenue, I saw that soldiers had lined the sidewalks near the grandstand. It was about 7am and I realized that they would probably have a grand flag-raising ceremony and commemorate Independence Day in grand style. I didn’t want to be in the way, so I quickly ran past them and down Bayani Road, where I encountered some more runners including my friend Bong, whose shoe had suddenly given out on him on his run. The sole had nearly come off completely, so he was walking slowly back to where he had left his car. He must really have been putting a solid number of miles into those shoes for them to fall apart that way! After checking to see if he needed any help, I decided to head back as well.

In the end, I ran 12 kilometers at a 6-minute/km average pace, so it was a symmetric 6/12 on 6/12. There’s a beautiful simplicity to running just because you want to, and not because you have to. That’s freedom.

What did you do on Independence Day? 🙂