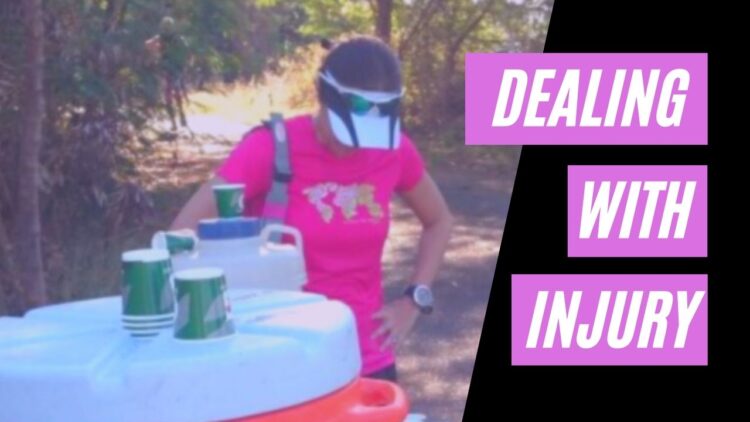 Two weeks ago someone asked me to talk about what injuries have broken and made me. My initial response (which I recorded on an Instagram Story) was that I’d never had injury as a result of running.

The whole truth is a bit more complex, because I actually have sustained some acute and overuse injuries in the past decade. While these have not made me have to stop training for a long period of time, I think it’s still important to underscore that I’m not as bulletproof as I think.

(The biggest thing that totally stopped me from training and competing for a year was: overtraining.)

You can watch my vlog below, or scroll on for the written version.

My acute injuries have been caused mostly by things not related to run training. For instance, I’ve injured myself walking in a mall, or running in casual footwear trying to go a short distance. I also used to teach dance fitness classes, so I’ve sprained my ankle in class badly enough to have to stop running for two to three weeks.

Overuse injuries are those sustained by running too much with poor fitness or technique. My first of two overuse injuries was plantar fasciitis, which I experienced while training for my first Milo marathon and going up in mileage too fast in the final weeks of training. My second overuse injury was IT band syndrome from trying to run too many hills during my training for Challenge Philippines. Both times, I just took as a sign to start my taper early. I cut run mileage and recovered enough to run pain-free in both races.

How I Deal with Injury (and Try to Prevent It)

So why didn’t the injuries I’ve sustained come to mind right away? I think the injuries never defined my relationship with running and never kept me away from being active. There are many other people who haven’t had that same injury-free experience.

It’s been 12 years since I started serious running. I count myself blessed that I’ve never had to take a prolonged break due to injury (or needed surgery to repair anything). Part of that is luck of the draw like good genetics and good biomechanics. Another reason is I don’t run through any pain or injury; I have always chosen to some time off and recover instead. I’m also not interested in doing intense workouts every single day; I really love recovery and cross training.

For me, getting injured means I did something wrong (and/or stupid). But I treat injury as a prompt to build better habits so that I never make the same mistake again.