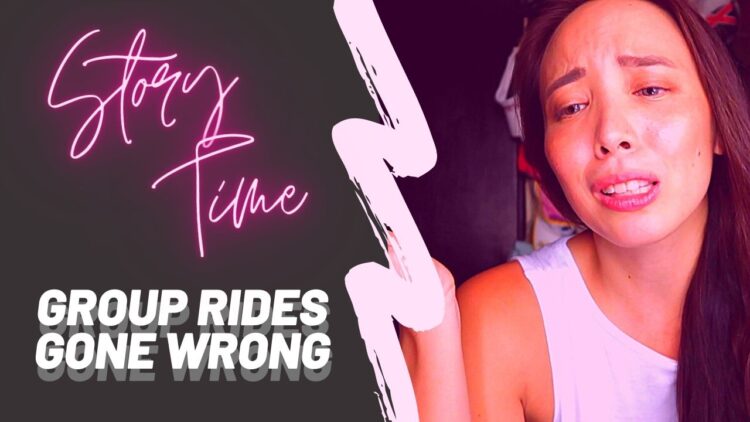 With things slow on the training and product reviews front, I decided to mine my history in the sport for story gems I could share. While there were a few good suggestions about stories I could tell, ultimately I decided I wanted to tell you about the few times I’ve gone on group rides that went (nearly) sideways.

A tweet from a friend precipitated the whole thing. Someone starting out in cycling went for an easy learning ride and suddenly found herself taking on a 20-kilometer trip. Now I know that we in the cycling and triathlon community laugh off these “budol rides”. Some even go to the point of dragging friends on unexpected challenges in weekly long rides as a matter of course.

But looking at this from the other side as someone who was “victimized” (maybe unwittingly on both sides) on a budol ride, it’s not a laughing matter when life and safety may be on the line. Especially as many beginners get on the road, it’s important to have an honest assessment of their skills and limitations, set expectations accordingly, and provide needed guidance and assistance. You wouldn’t throw someone who can’t swim into the deep end of a pool, so why would you “haze” first-timers on the road?

I usually ride solo, so when I could get outside (pre-pandemic) I made the trip to Nuvali because the controlled traffic, guard outposts, and population of cyclists and runners on the road made it so that I was never really alone on those roads. But also I decided to ride nearly almost exclusively there because of the trauma experienced on those two rides I talk about in the vlog above.

The two rides I talk about in the vlog above have so affected me that I no longer accept invitations to join group rides unless I know the people involved will have my best interests and safety in mind. The group ride must have a set pace range, known route, and at the very least a buddy system where no one is left alone: you must stick with your buddy even when a bunch have taken off in front.

For beginning cyclists out there, make sure you know the people you are riding with will keep you safe. For the more experienced, please take care of the newbies.

I’m proud to say that in the group rides I’ve taken with Team Endure we have a strict easy pace and buddy policy. The faster ones will frequently look behind them to see if any gaps have formed, and will wait for others to catch up. Some strong ones bring up the rear of the group as sweepers to make sure no one is left behind. (This has also been the case when I’ve ridden with MX Endurance in other countries.)

I know other groups have dynamics where the budol is accepted, but it can be dangerous with inexperienced riders. Lack of skill and fatigue can contribute towards a higher risk of accidents, and you never want that to happen. So if you want to blast off, make sure your group ride is entirely populated with cyclists of the same skill and fitness. If your group is a mixed bag, it’s probably not the time for a d*ck-swinging contest.

Stay safe out there on the roads 🙂