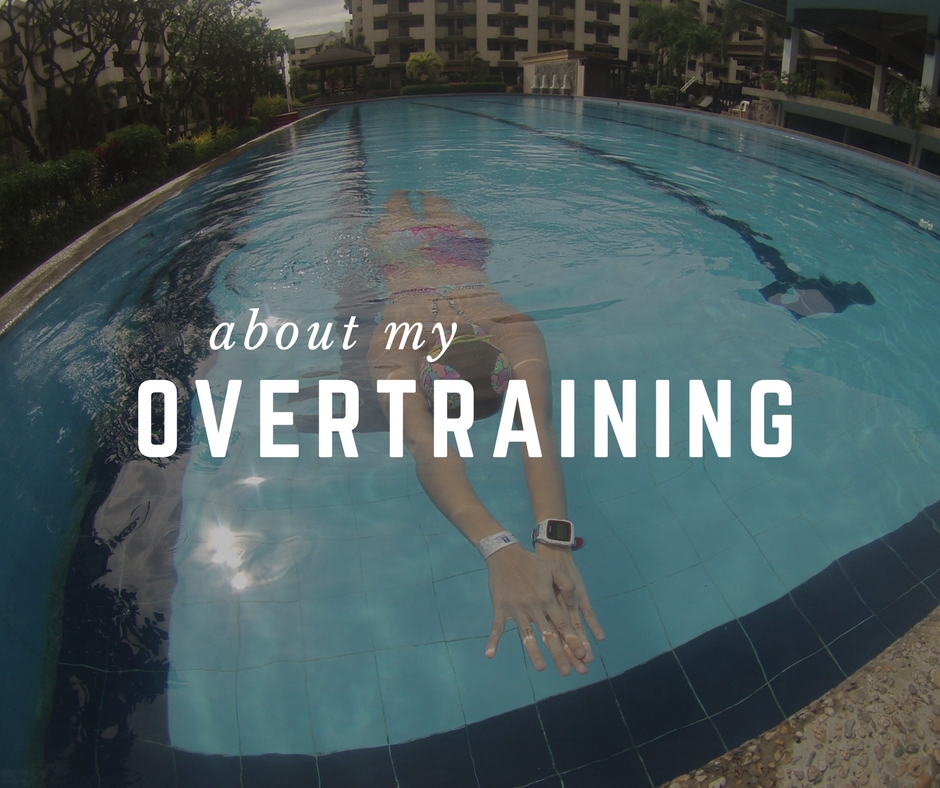 We’re now almost at the end of the first quarter of the year and I’m here wondering what I can show for it. I’m a little disheartened because I’m nursing a cold right now in Bangkok. It’s my first time in this city but being sick means I can’t go for a run and take videos to add to my running clips collection. (I know, it’s so shallow but it’s my way of creating a souvenir from each new place I go!)

Speaking of taking photos and videos, I swam once last week because the weather was warm and I wanted to use my new Dolfin Uglies swimsuit. The workout went well, but I spent too much time taking photos afterwards and caught a chill. The next day I woke up with a cold and I’ve been fighting it ever since. I know, it’s a stupid and really self-absorbed way to get sick!

Part of me wonders if I’ll ever be back to the way I used to be, strong as an ox and just as capable of working hard physically. I read this Outside Online article about elite ultrarunners who fell to overtraining syndrome (OTS). Here’s an excerpt:

[Former Hardrock 100 course record holder Kyle] Skaggs’s own experience is evidence that, at least for some athletes, OTS is a one-way ticket. It’s been more than six years since he walked away from the sport, yet even today, if he goes for a long run, the symptoms — heart palpitations, poor sleep — start to come back… “There are a lot of rich and valuable things in life,” he told me when I asked if he had any regrets. “Sure, I can’t go out and run to the same extent I once did, but if I could, I wouldn’t have a lot of what I have now.”

I am hardly an elite athlete, much less an ultrarunner, but it all sounds so oddly familiar.

Overtraining syndrome is still poorly understood as it presents differently in individuals, and those that have it may not necessarily recognize it as overtraining. But if you’ve ever felt that your performance and health keeps declining even if you’re training more, you may want to step back and reassess. You don’t want to dig a hole so deep you can’t get out of it.

My boss, a former professional athlete, is going in for an executive check-up. He gets one every year and is always given the green light, but too many of his former peers have died early for him to give this a pass. With Ironman celebrating its 40th year and more people taking up triathlon across all distances, sports science has started to document and explore all effects (good and bad) of long-term participation in endurance sport.

Sure, go for that Ironman or marathon finisher medal, but make sure you take care of yourself before and after, because when things go awry they’re no laughing matter and hard to bounce back from. Don’t forget that you can enjoy even the short distances. Participation in sport is part of your lifestyle and genuinely adds to your life, but there is a lot more in life for you to consider than just your next race or PR. With what I’ve experienced, I’m convinced the middle path of moderation is best.

I have been told that I’ve disappeared from the major tri and running events and people are awaiting my comeback. Other times, I feel as if I’ve been forgotten after dropping out of the scene for a year. I’m just thankful I can still run and participate in sport, even if it isn’t to the level I used to be at. And even if I have to exercise with the brakes on, at least I still can exercise.

5 thoughts on “About My Overtraining Syndrome (Fitness Diary 10/52)”