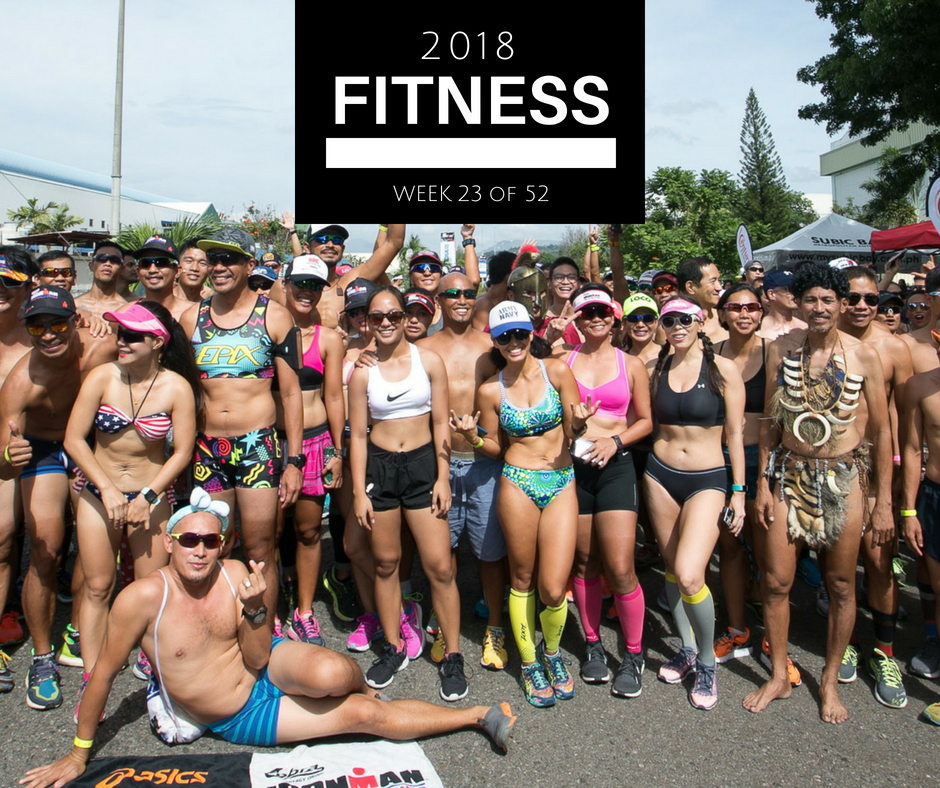 I got back yesterday from a full weekend at the first ever Ironman Philippines in Subic Bay. While I may not have raced the 3.8 kilometers of swimming, 180 kilometers of cycling, and 42 kilometers of running, I certainly still put my own endurance through its paces covering the 17 hours between start and finish on Sunday.

(I still managed to score a finisher shirt — from the Century Tuna Superbods Underpants Run, LOL!)

Traveling early to Subic on Friday morning, Coldplay’s “A Head Full of Dreams” started playing in my head. I found myself musing on what having this event in this country means to so many Filipino triathletes.

You see, when I did my full distance, it was in a foreign land where friends were few. Even if the Germans in Roth are triathlon-mad and their level of support for athletes is second to none, there’s something different about seeing a familiar face when you’re suffering and them telling you, “You can do it.” Racing alongside your fellow Filipinos, many of whom you’ve lined up with at other races, the shared suffering makes you feel a little less alone in your individual effort. And then crossing the finish to the cheers of your loved ones who then take care of you, that’s the best. 🙂

For many, it was their chance to realize dreams of completing the full distance and finally being able to call themselves Ironman. For seasoned ironman athletes, it was their chance to be called an Ironman on home soil. Regardless of their reasons for signing up, it was something the community had been dreaming of for 10 years. And if I had anything to say about it, I would try to get as many across the finish line as I could by cheering them on.

So many asked me why I wasn’t doing this race. When registration opened up last year, I briefly considered it before vetoing the idea because I didn’t have the endurance base nor the capacity to handle heavy training loads at that point. And honestly, I didn’t feel excited about going into those dark places again, especially given the conditions expected (hot, windy, and hilly). Any Ironman or full distance race is bound to be tough — but some are tougher than others, and this one did not disappoint. Anyone who lined up on Sunday morning has my respect, whether or not they finished.

I’m still happy I got to be part of the day in some way as part of the media invited to cover it. (Many thanks to Ogilvy for taking care of us!) I will be editing my vlog about the Century Tuna Ironman Philippines over the coming week and am excited about telling this story about the sport I love and the athletes I cheered on.

Meanwhile, will I be coming back to the sport? If there’s one thing I learned over the weekend, it’s that I miss racing. I’m so happy that triathlon exists in so many distances so that at some point, I can still swim, bike, run, and finish.

But first, I’m going to have to recover from that weekend… 🙂