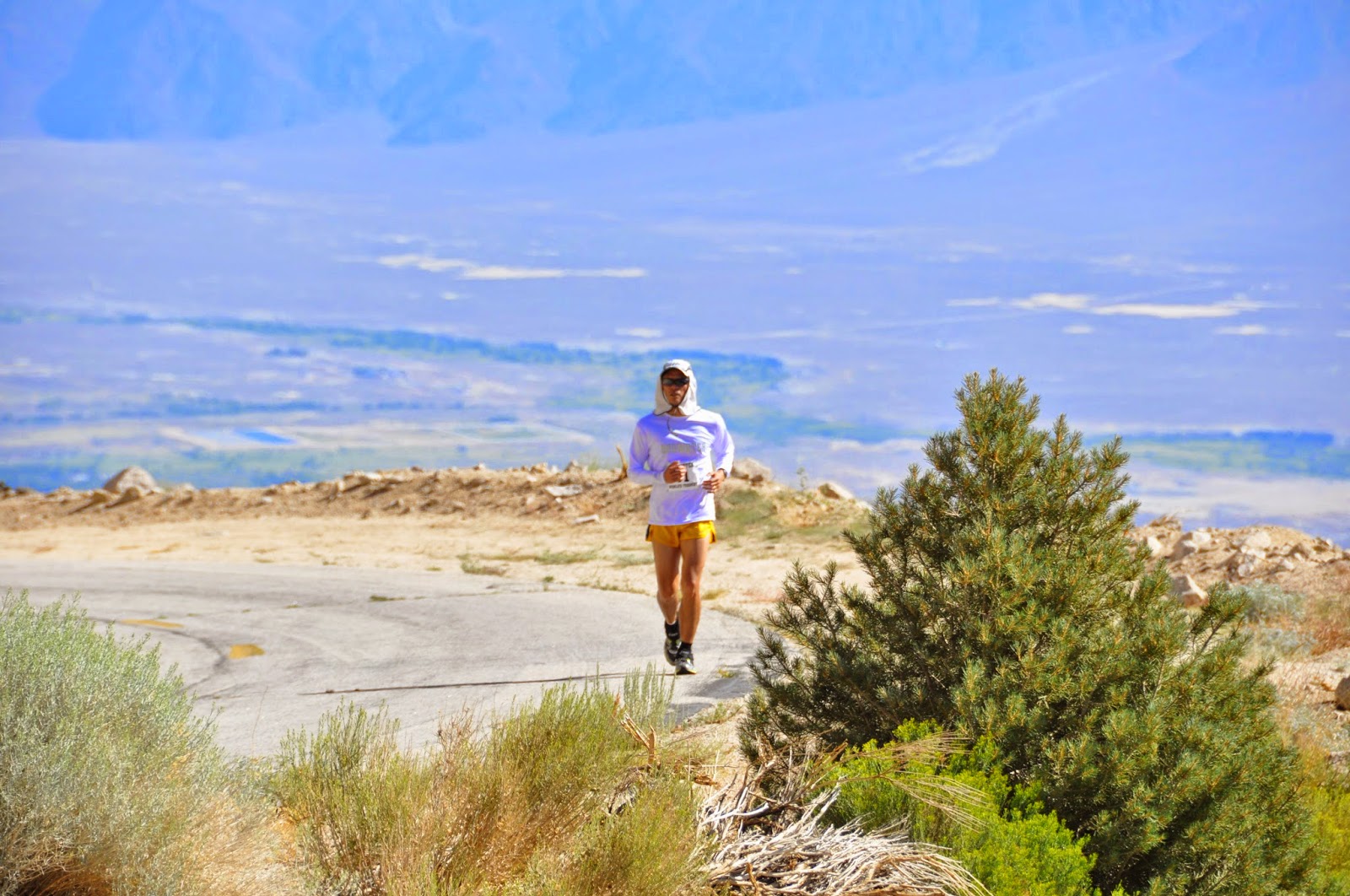 Think people who do ironman and marathons are crazy? Those who do ultramarathons are a different breed altogether and I have such respect for their ability to suffer and endure.

And then there are those who willingly put themselves in a pressure cooker over and over again. They are the few and the brave, like Gerald Tabios, who has done the Badwater 135 Ultra four times and is set to do it a fifth time this July 23-25, 2018.

Over 2,000 ultra racers applied worldwide, but only 100 were invited to the 135-mile race in Death Valley, where the hottest air temperature ever recorded was 134 degrees Fahrenheit (57 degrees Celsius!). Not only is it one of the hottest ultras out there, but it also involves some of the biggest overall elevation gains: the race starts in Badwater Basin, Death Valley (the lowest elevation in North America) to Whitney Portal, the trailhead to Mt. Whitney Summit, the highest point in the contiguous United States.

This time around, Gerald and his team are making a feature documentary film “Running For Freedom” to tell his story: a man born and raised in the highlands of the southern part of the Philippines, making his way to New York to be one of the few Filipinos to be invited to the world’s toughest foot race.

Learn more about Gerald in our exclusive interview below! (Lightly edited for clarity.)

Kikay Runner: You’ve been accepted five consecutive times to Badwater. What are the criteria for acceptance into the race?

Gerald Tabios: One of the criteria is you have officially finished at least three non-stop 100 miles ultramarathon, one of them in the previous 12 months. Although no applicant is guaranteed entry, some considerations need to be noted. Like having relevant and applicable race results from the previous races. Besides, Badwater race veterans and former race crew member. Also, runners completed the entire Badwater Ultra Cup.

Some questions in my application that I can’t find them in any other running application but reminds me of our term papers in college includes:

“What percentage of your athletic peers would say that you are a good human being and good sportsman/woman? ”

“What is the meaning of life?”

“What is your specific “evidence” to support your predicted finishing time?”

In my opinion, the answers to these questions might give them some sense of who these people are and what they’re about.

Applicants are then rated on a scale of 0-10 by a five-person committee of race organizers, including the race director. If invited, runners pay a race fee of $1,495.00. Apparently, this does not include the cost of traveling, hotels, supplies, and a crew vehicle. Fortunately, for all my past Badwater races, I am grateful for all my crew on paying for their airfare and transportation expenses themselves.

KR: Why do you keep racing Badwater 135?

GT: Four Badwater finishes is no joke! From shouldering the entire cost of such undertaking from our personal family income which extends to the travel expenses, van rentals, food, hotels, equipment and etc. However, there is always something about the race: being called the world’s toughest footrace or the pinnacle of all ultras does not tell the whole experience. It is about the runners, the race crew and my crew who are willing to take their time off away from work and families just to take me to the finish line. The race staff and volunteers that made everything possible. I have since developed to love Badwater [due to] the camaraderie and the great people that come to the race.

Moreover, In our daily lives and routine, life is getting much easier and comfortable as well. We mostly connect ourselves in the electronic world. We buy and shop things with just click of a button. Badwater teaches me how to get comfortable with being uncomfortable. The desert is unforgiving and Death Valley reboots my system.

KR: Tell us about what it meant to you to be the first Filipino to finish this race (new route).

GT: To be the “First Filipino” moniker is not a big deal for me. The most important is this race opens the floodgates to allow our heritage to represent on the international stage and help inspire others na “kaya natin ‘to“. (We can do this.)

Benjamin Gaetos is actually the first Filipino who finished the original Badwater 135 Ultra in 2013. However, in 2014 National Park Service officials imposed new rules that ban events inside the park below an elevation of 2,000 feet after 10 a.m. on any day between June 14 and September 9, when temperatures typically reach 110 degrees Fahrenheit. While the review was undertaken, the 2014 Badwater was moved to a new course in Lone Pine, California.

In 2014, me and Tomas Zaide [had] qualified and [were] invited by the Badwater’s Adventure Corps to join the event. Eventually we became the first Filipinos to have finished the New Badwater 135 Ultra Marathon Race in the new route. Me as the first one to crossed the finish line.

Since 2015, with new restrictions in place after been evaluated the safety of athletes in the infamous park, Badwater ultramarathon is back in Death Valley.

KR: What do you hope “Running For Freedom” will achieve, and how can we help make this documentary a reality?

GT: We hope “Running for Freedom” will inspire people to live a more active lifestyle like running. America has an anxiety and depression problem as well as an obesity problem. We hope that we can communicate through the film that running is better than pills in making you happier, stronger, and smarter. We also hope to show the world what Filipinos are made of. We have deep roots and no matter where we are in the world, our traditions will help us through any adversity that comes our way whether it be in the workplace, in the community, at home or in the world’s toughest footrace, Badwater 135.

You can help us make this feature documentary film a reality by following us in social media (https://www.facebook.com/runningforfreedomfilm) and subscribing to our blog (www.runningforfreedomfilm.com). We will be publishing updates leading up to the 2018 Badwater 135 in July. Any donation will go a long way to helping us pay for production cost (http://runningforfreedomfilm.com/donate). A $135 donation can get us extra batteries so we won’t run out of juice during the 135-mile race. A $90 donation can get us extra memory cards so we won’t run out of storage space. A $248 donation can get us a portable light so we can capture scenes at night while on the road to the finish line. Any donation will really help us get to the finish line and get the film to Sundance.