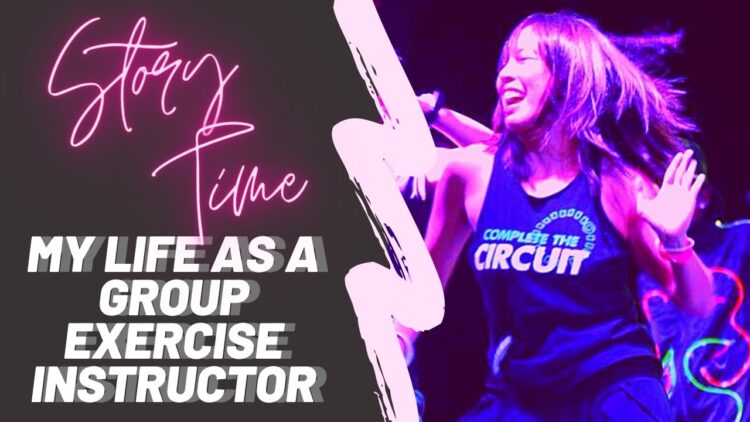 As gym chains reopen in the Philippines, my thoughts turn to the time I was heavily involved in this industry for seven years.

I was a group fitness/group exercise instructor with one of the largest gym chains in the Philippines. I taught two programs from the Les Mills system called BODYJAM which is a dance exercise program, and BODYBALANCE which is a Tai Chi-yoga-Pilates fusion exercise program. It’s what is called “Exercise To Music” and is the same category other workout programs like Zumba fall under: moves are choreographed specifically to music, so that you get a holistic experience as a participant. As instructors, we were able to deliver an effective and enjoyable class every time if we stuck to this preprogrammed choreo.

Teaching these two classes didn’t need earlier certifications, like yoga teacher training or formal dance training. I got into teaching these programs by auditioning, then signing up for three-day “Initial Module” workshops in which we were taught the fundamentals of each program, teach several tracks from our training release, and accept feedback from our trainer. Eventually after teaching for some time under an apprenticeship model we would film ourselves for certification. It was pretty much just a lot of on-the-job training; we would learn new choreography every quarter and get upskilled as well. Because Les Mills is such a well-oiled machine coming out with these programs, all of the moves are vetted from a biomechanical and safety point of view designed for the average gym-goer to be able to pick up.

After being instructors, some of my peers would go on into higher management at the gym, some of them would train to become trainers or presenters in the Les Mills system, and there were a lot of us who just did it part-time as a hobby that made a little bit of money.

I went into working in group exercise full-time because I was doing it in parallel with trying to break into TV production and hosting. (Thankfully I realised I wasn’t really cut out for on-cam work, but being up on stage every day teaching group exercise classes was enough to banish my stage fright forever.) I was working with a local travel documentary channel as a writer and sometimes a host. Then I also eventually found work as a segment host for a medical wellness program on a local channel.

I was blessed that I had seven or eight permanent classes every week which gave me a steady base income; substituting for other people meant I could also get paid more. I was in my 20’s, so I was able to take on a lot of physical workload. At my peak I once did 12 classes in a week (and yes I came down with a flu after that LOL).

I always had this nagging thought in the back of my head: what happens when I get injured? What happens when I age? One day I sprained my ankle and I couldn’t teach classes for maybe two or three weeks. It drew attention to the fact that I didn’t have anything else going on for me. I had to start thinking of where i wanted to be in a few years’ time.

In 2014 I decided to retire from group exercise work and try to pursue other things (my actual resignation came in 2015). I had found some writing work with the company that eventually has become the company that I currently work. Even though my role back then was quite small I thought that it was good enough to take a jump off from. I was also going to pick up some coaching gigs for running and triathlon. Then I got offered a bigger role in the company, so that’s how I made my jump from group exercise work to writing about endurance sport and being involved in a company that is heavily involved in this globally.

I don’t think things happen by coincidence, and I do think that my seven-year stint as a group exercise instructor helped inform how I write about physical fitness and wellness now even in a different arena. While triathlon and running don’t seem to have a lot in common with dancing and yoga, the human body is still the human body. Being a group exercise instructor trained me to be mindful of people’s varying abilities and fitness levels, and to make things understandable for the average participant. Because I was also an untrained person when I started teaching these programs, I understand how to go from zero to all the way up.

I was just thinking about my experiences back then and how they’ve formed me into who I am today. The fitness industry holds a very special place in my heart and I’m really hoping that they can get back on their feet.