It’s been eight years since I ran my first race, and seven years since I ran my first half-marathon on the way to my first marathon. These days I feel like I’m running for the first time, at paces I used to laugh at. But everyone’s got to start somewhere. It’s time to pick up the pace, go a little longer and harder, and get this body ready for another big adventure.
I can’t help being inspired by the people around me. Last weekend, my buddy Joel Ramos ran his first marathon — at the 40th Milo Marathon final in Iloilo City. You might recall (or not) the Secret Origin of Kikay Runner, in which I lay the blame for me getting into running and endurance sport squarely at his door.

You know how in the film Inception, the process of inception works by planting the simplest form of an idea deep enough in a person’s psyche, and then that idea grows until it defines the person? Joel planted the tiniest idea in my head back then that I was a runner, and a fast one at that.

So I started joining races in 2009. In 2010 after Joel paced me on the last few kilometers of my first half-marathon at Condura, he introduced the idea of doing a marathon.

He and I had actually planned to run the Milo Marathon Manila eliminations in 2010 as our debut marathon race. He ended up not going for it, but instead set sight on a loftier goal: to run his first marathon at a Milo Marathon final. This meant he would need to log a half-marathon time within the qualifying cut-off at one of the provincial races. (Do you know how hard this is to do?!?!) And thus began his quest, which was finally fulfilled this year after multiple tries. 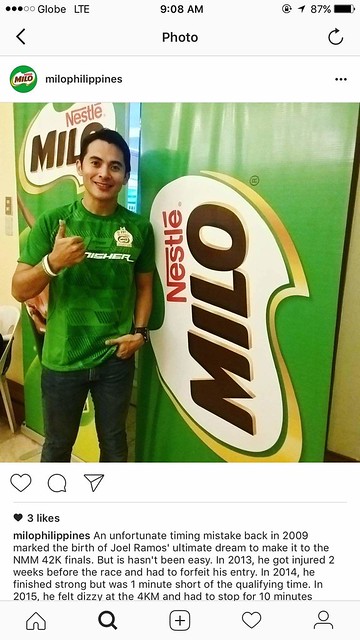 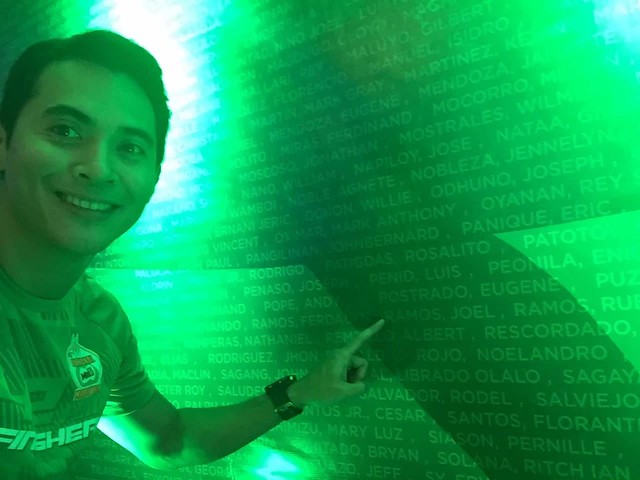 among the country’s best runners

I am so proud of my brother in sport and in Christ for finally achieving his goal! He quipped after, “Noelle, now I know why you’re not a fan of doing a lot of marathons.” He just didn’t realize how long the race would be. But all the striving and going for times had been done during the qualifying season; at the marathon itself, he took his time and just enjoyed the race for what it was.

Triumph is much sweeter when it has had more to overcome. And even if one fails, there are lessons learned that are useful for the next time. I’m about to set my goals a little higher. 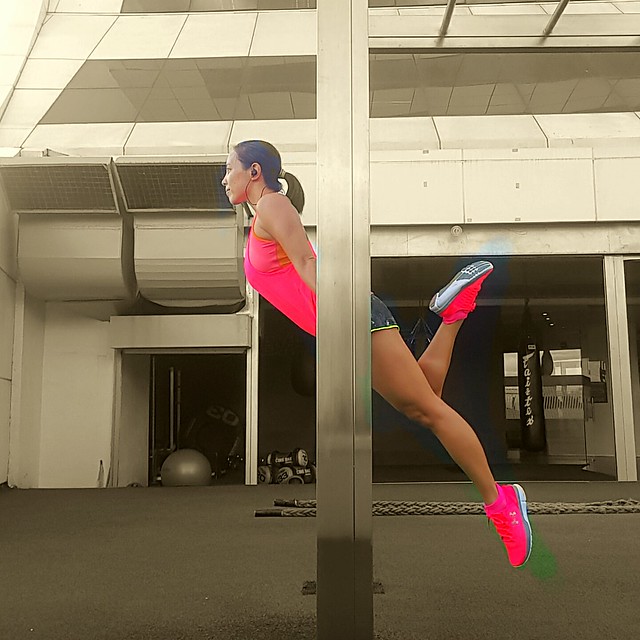 still going to keep it fun, though!