I know that we runners are privileged. I always do a little self-check whether I am still sympathetic to the plight and causes of my fellow countrymen, or if I’ve grown callous and self-absorbed. There are many more Filipinos who don’t even have calories to spare to get through the day, let alone to run. I am able to run to fulfill my own need for self-actualization — I don’t have to run to earn enough for fare to get home and feed my family. And so whenever I am tempted to whine about getting stuck in traffic or going through long security lines at an airport, or any of the myriad other “inconveniences” I can go through as I pursue my own personal goals, I have to pinch myself and remind myself to be thankful.

At the same time, I am not just a runner. I am a citizen of this country and thus share a common destiny and burden with the Filipino people: to uplift the nation in what we do, to change what is in our power to change, to love and defend this country God placed us in by virtue of birth. Regardless of political color or affiliation, I do believe Filipinos love this country and want to see her rise.

So, last Wednesday, I used the fitness I have painstakingly wrought for myself to walk out onto the streets and cry out for justice for this country that has been plundered, shamed, and left destitute by the architect of Martial Law, the disgraced dictator Ferdinand Marcos. His secret re-burial with full military honors at the Libingan ng mga Bayani (Heroes’ Cemetery) was done without due process and without shame, using taxpayer money. It enraged freedom-loving Filipinos all over the country. 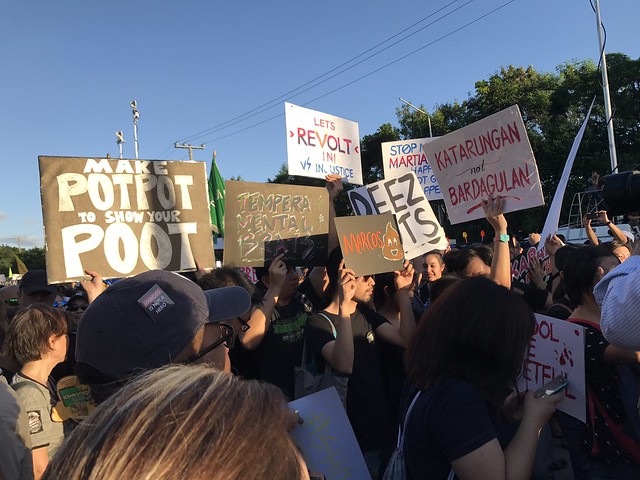 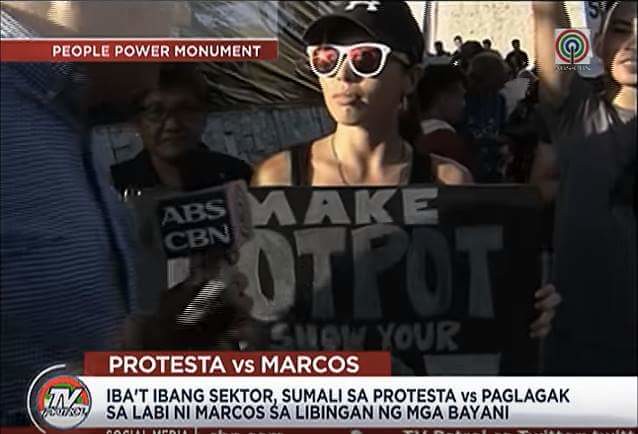 My sign says “Honk your horn to show your outrage”

If you’re following this blog from overseas and aren’t fully versed in what Martial Law in the Philippines is, here is a nice objective primer. You know what else is objective truth? That thousands of people were killed or “disappeared” during that time for political dissent (or even just suspicion thereof), tens of thousands more were tortured, millions of dollars were taken from the nation’s coffers plunging this country into debt that we are still paying off until 2025, and an economic, social, and political malaise was inflicted — all by Marcos’ machinations to centralize power and influence under himself and his cronies.

Marcos is NOT a hero and any efforts to sanitize and rehabilitate his image and legacy must be met with resistance. Regardless of what the succeeding administrations did (or failed to do), the objective fact is that Marcos’s overthrow restored democracy and rule of law in the Philippines. And that, I believe is worth preserving and defending. 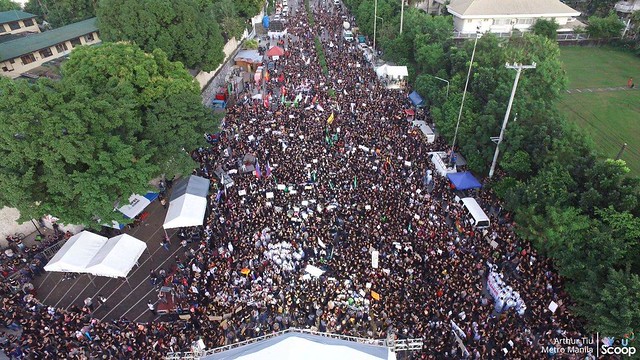 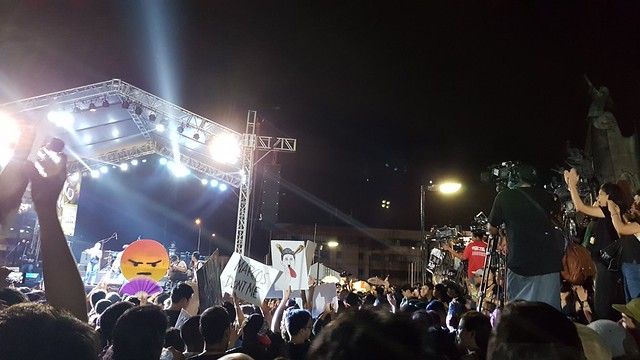 Many people from all walks and sectors came together.

(Don’t believe me? Check out this article from Rappler, then do some research using actual primary documents from that time period, and interview Martial Law survivors. It was only fifty years when Martial Law was first declared: those people are still alive!)

It was truly fitting that the protest rally was held on the birth anniversary of Andres Bonifacio, one of the Philippines’ finest heroes who led the revolution against our Spanish oppressors in the late 1800’s. Bonifacio was definitely a hero. 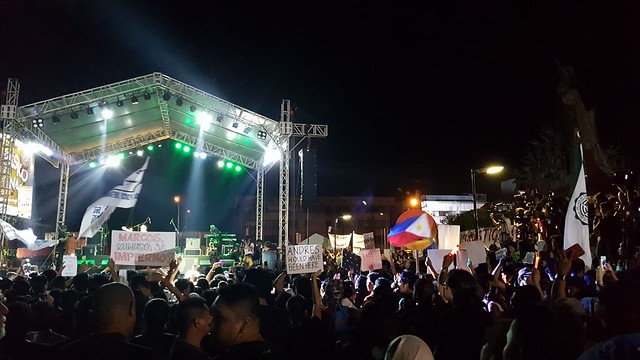 “Andres would have been here” 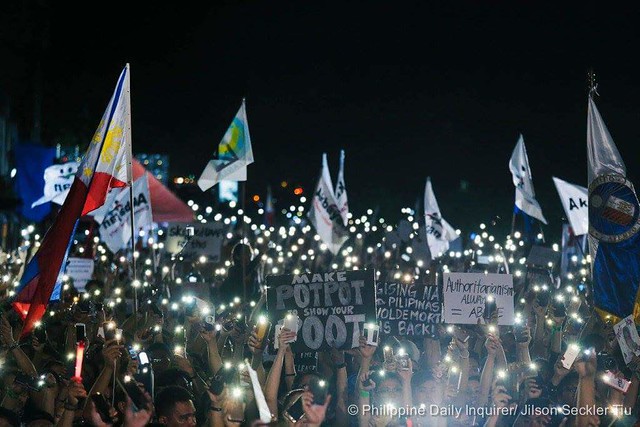 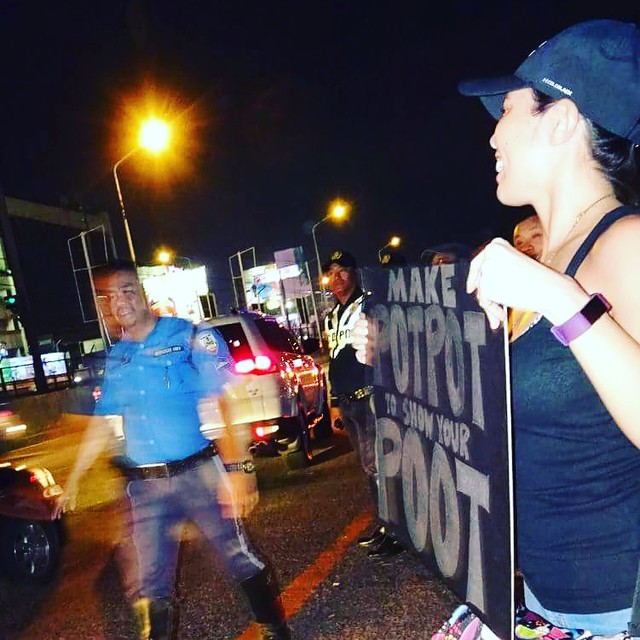 It was heartening to see and hear the drivers along EDSA honking their horns and cheering us on.

Whether or not you share my sentiments, this is still a free, democratic country and we have the right to free speech and to assemble peacefully and air our grievances. Apathy is not cool and all citizens must take an informed, active role in this country’s governance. Praise what can be praised, but take to task what is wrong and unjust. We need to stand up for what is right.

Every single day that I’m able to swim, bike, run, write, and do the things I love, I’m able to do it because I live in a free society that guarantees human rights and freedoms to its people under law. Those rights were taken from us during Martial Law, and I am doing all I can to make sure that nightmare never descends on the Philippines again.

One thought on “Fit to Stand Up”