The key to a good training camp is to follow the plan that’s been set out for you regarding intensities and distances. There’s no use going hard for the first few days only to sputter and fade on the last stretch. While there are a maximum of 3 sessions in a day, there’s supposed to be plenty of down time which I presume should be used taking naps in our comfortable hotel rooms. 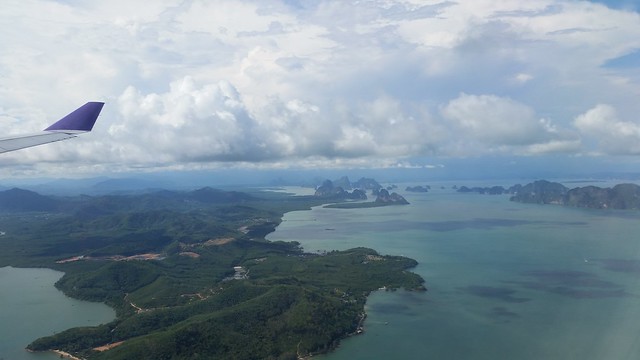 I did not fly down here for a honeymoon, that’s for sure…

Unfortunately since I’m also here to write, that precious nap time has been occupied with sitting in front of my laptop. It’s all good though, because I’ve had some of the deepest, most refreshing nights of sleep in a while these last few days — out cold immediately, but not so tired as to miss my alarm the next day.

On Tuesday we had a complimentary FTP test held in the Computrainer room. FTP stands for “Functional Threshold Power” and is the highest possible power output that can be sustained cycling for one hour. Programs can be built around training at percentages of FTP for certain improvements in cycling. While I don’t have my own power meter for use when I’m back home, the test also finds your corresponding heart rate zones. 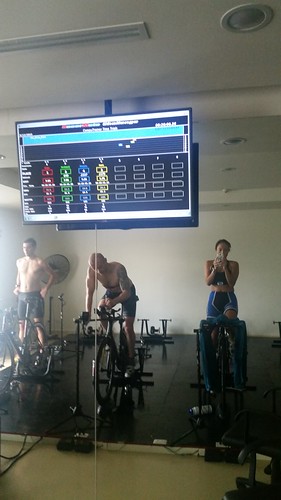 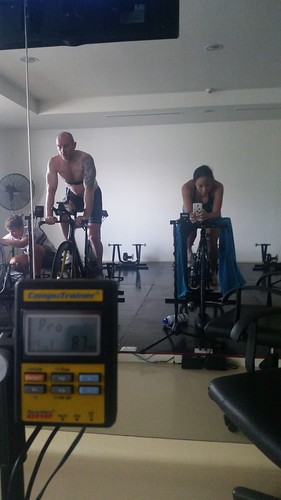 but first, let me take a selfie 😛

The FTP test was conducted by the resident sports scientist Tom Topham and consisted of a warm-up and calibration, five minutes of all-out cycling, a ten-minute recovery, then a twenty-minute all-out effort where our average watts produced were recorded.

I received my results the next day and was pleasantly surprised to see I had recorded a power-to-weight ratio of 2.65 watts/kilogram, which corresponds to the upper end of the “average female cyclist/triathlete” range. While my raw FTP number wasn’t impressive compared to the watts my fellow camp mates had put out, in relation to my weight it was pretty good. Now if only I could maintain my power output while dropping some pounds, then I could seriously improve how fast I can go on the bike… 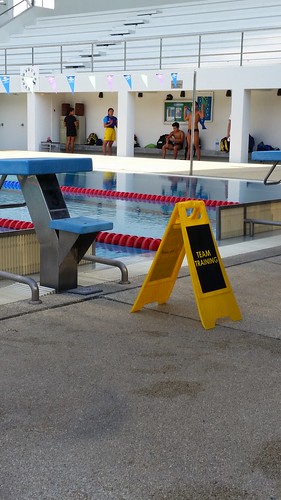 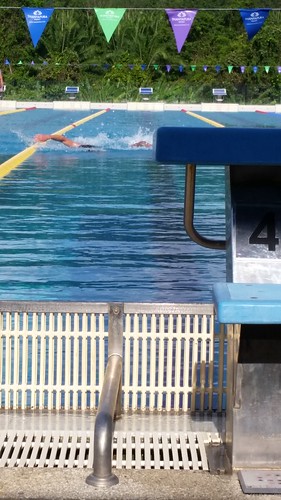 elites in training — James Cunnama and Macca on training camp

There’s a lot of swimming going on here. Aside from the triathlon program there’s also a very strong aquatics program both for junior elites and the children from the school attached to the resort. With 26 athletes on scholarship from FINA coming in the next month to stay here full-time training for the FINA swimming world championships as well as building to qualify for the Rio Olympics, the pools are going to be even busier. 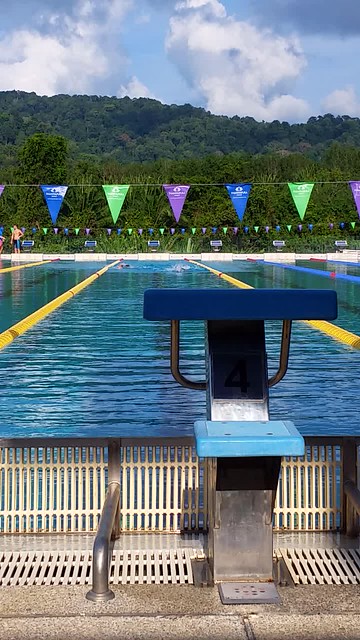 It can be quite intimidating to share the pool with these strong swimmers, but at Tuesday’s masters swim session the coach on-deck Marianne gauged our differing abilities quite well; I was able to complete the workout she prescribed. It’s this kind of attention to the individual even while in group training that is so important. Although we’ve all taken a week of our lives to train like the pros, we aren’t pros. The coaching staff understand that and help us still find success in our limited capacity.

Wednesday I was supposed to join an open-water swim led by Jurgen, but because I had an appointment quite early in the morning I went for a short run instead through the rubber plantations. That was at 7am which is still pretty early, but the humidity here made it a challenging run. 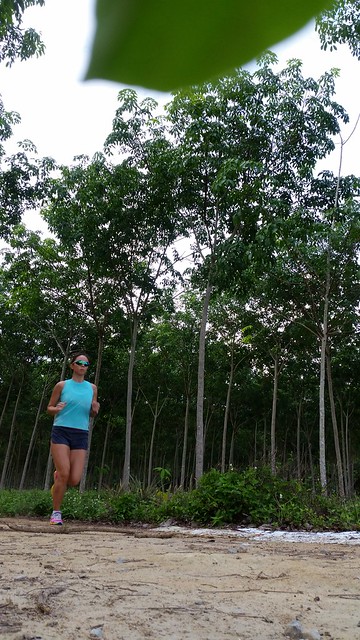 If you could have seen the sweat dripping…

I was nearing the limit of my tolerance for the heat when the skies clouded over and broke into a sweet rain shower that brought me home.

I had turned the day into a double run one, with a group track session in the afternoon not letting me slack off. The session was 10 intervals of 3 minutes running either 300, 400, or 500 meters. It is a hard session especially if you’re not used to doing fast intervals, and it was an added challenge doing this session with fast runners. I hung on, but barely. 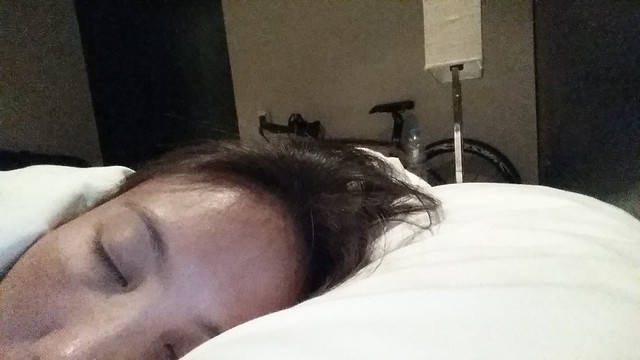 Even if the average temperature here is similar to that in Manila, the humidity is different and that’s what I’ve been finding most challenging because the air’s so thick and warm. When I woke up this morning, though, I felt different. More energized. They say it takes a while for the body to adjust to the heat, about four to five days, and maybe I’ve finally gotten over that hump.

We did a bike session this morning Jurgen calls “Push and Spin” because, on a five-kilometer time trial loop, you spin in the small chain ring for half of it, then shift to your heaviest gear and grind up the other half. It was quite a tough workout made even tougher because we would have to run off the bike.

It was here things started clicking into place for me physically. I just felt really strong and ran steadily through a 4-kilometer loop. It was only when I finished my run and sat down under a tree that I felt the ambient heat. And yet I still didn’t feel drained, which was awesome. 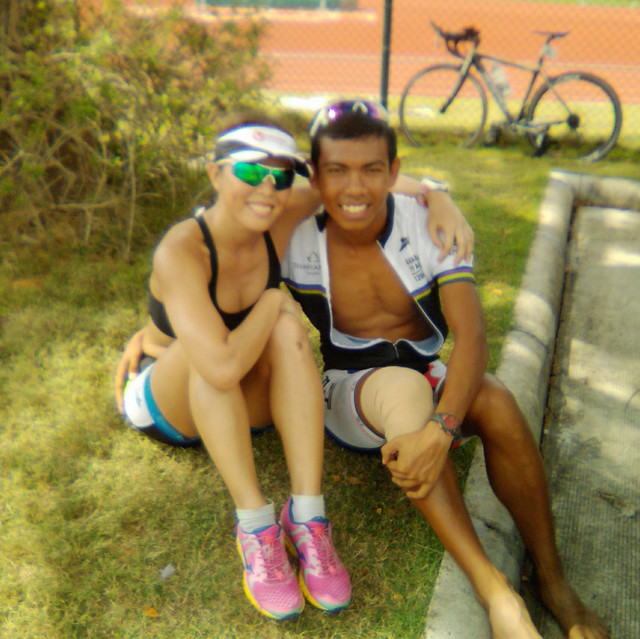 with my buddy Ricky Phanthip the Thai coach

I’m still going at my own pace, but slowly yet surely that pace is starting to pick up. Three more days to go!

By the way, if I come back to Manila not having lost weight, these are the reasons why: 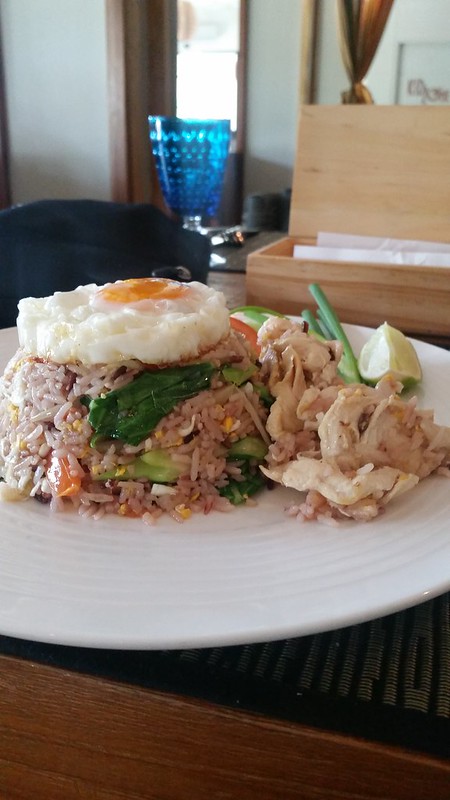 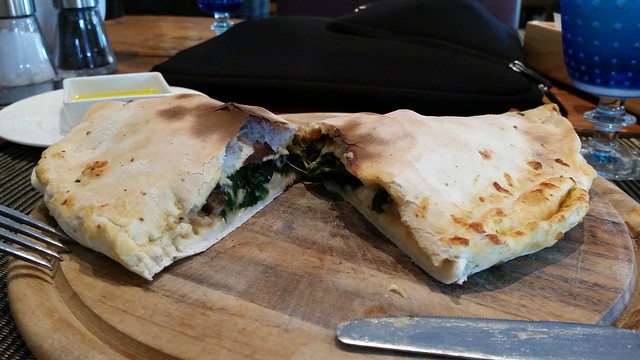