It’s now Day 3 of a 9-day training camp I’m on here in Phuket, Thailand. I signed up for this camp in the belief that this would help me build up heading into Challenge Camsur on June 14. What I’ve learned in the last three days is that I’ve got a long way to go to be as fit as I was at Challenge Philippines earlier this year. Setbacks or not, I’m determined to make the best of my time here and thankfully the sports resort caters not just to high performance athletes, but also to age groupers like myself. 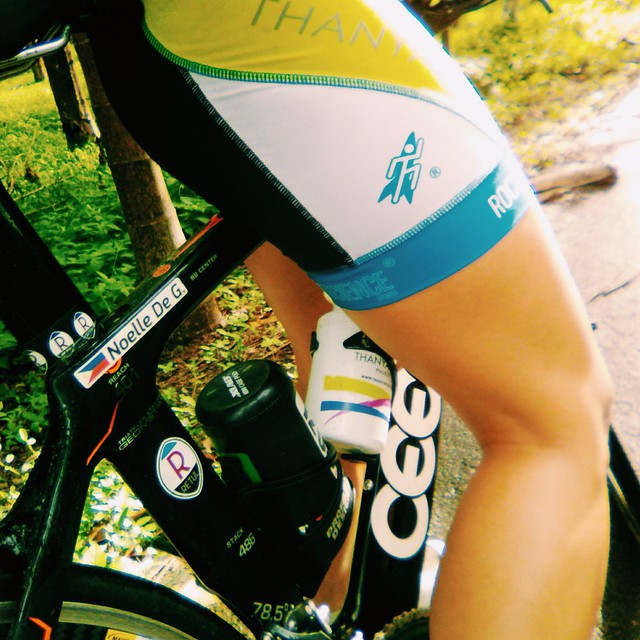 With most of the regular athletes over in Vietnam last weekend for the Ironman 70.3, I was left to hang with a group of men in our first session, a time-trial bike session. This was made up of other regulars who hadn’t raced, a kid from the Elite Junior Sports Academy who was actually from the Philippines (!), some Singapore-based French gents at the sports resort for a weekend, and those including myself who had come here for the camp. Even though I registered my fastest time ever on that 5-kilometer loop (which I did my previous camp here in August), I was still one of the slowest riders. 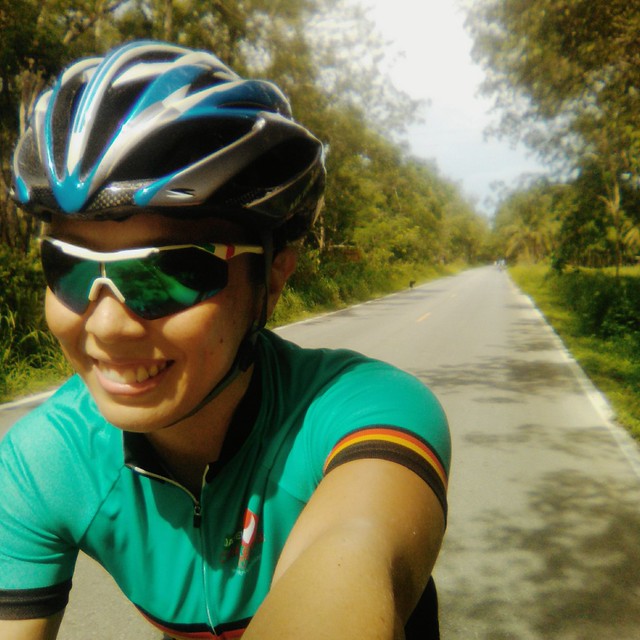 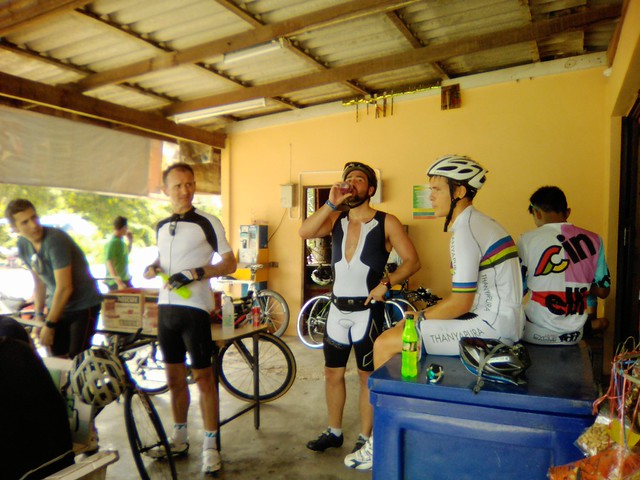 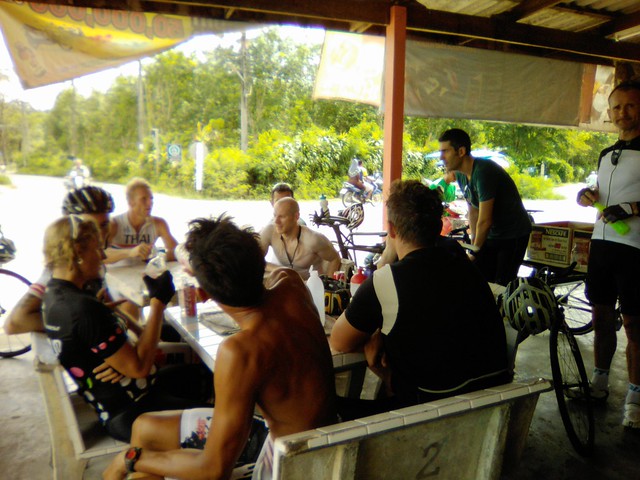 The afternoon swim was a shocker, with head coach Jurgen Zack focusing on our breathing patterns. I just felt like I couldn’t get enough air in while breathing every 3 strokes, then every 4 strokes, then every 5 strokes. It was a rude awakening that showed me how much my swim fitness had declined during my illness and not being in the water. Thankfully this was only the first of many swim sessions this camp, which means I have opportunity to redeem myself. And thankfully, the thunderstorm detector didn’t come into play. At this time of year, it’s like the Philippines in that it’s very hot, then suddenly a storm appears. 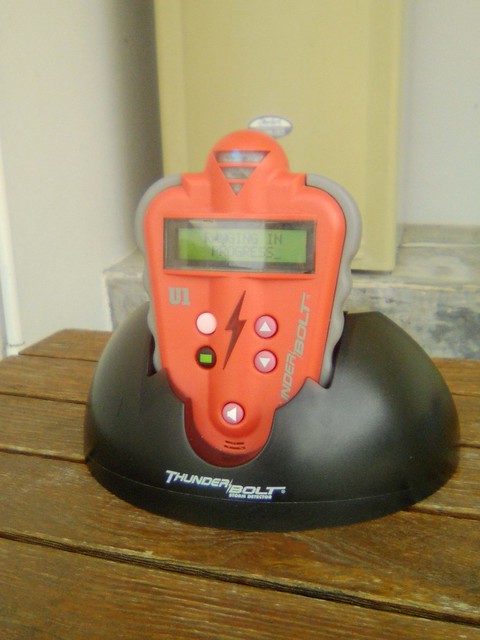 Sunday morning we were scheduled to do a long bike ride, despite the wet conditions. It was my favorite of last year’s sessions: a nice 55-kilometer ride across the Sarasin Bridge to Phang Nga on the mainland of Thailand. The turnaround point was a bakeshop run by an orphanage, and I was so looking forward to enjoying a muffin there. Sadly, it wasn’t meant to be: 10 kilometers into the ride, my rear tire flatted and I couldn’t inflate the spare to the appropriate pressure to continue the long ride. Instead, I pedaled solo back to the sports resort.

I was definitely feeling damp and dispirited, but I suppose to appease me the weather became bright and brilliant later that morning. It was a perfect time to head to the beach, so I made my way to Nikki Beach Club for a day of lazing on a daybed, enjoying the view of the Andaman Sea, and people-watching. 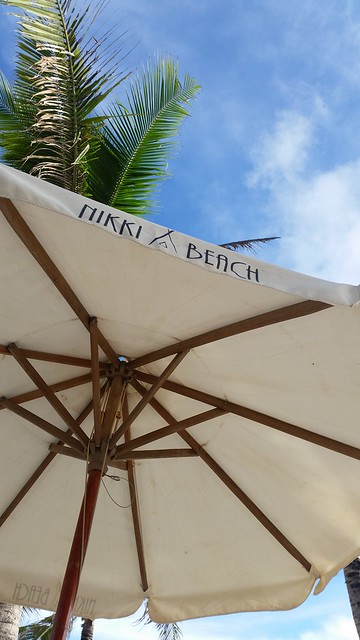 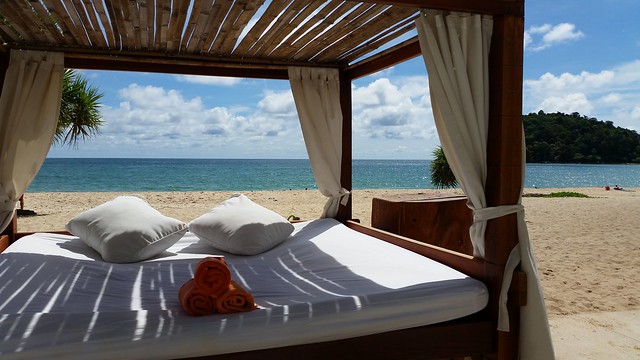 Most people come to Phuket for an alcohol-soaked holiday full of partying it up. I was reminded of the disconnect between myself and others in Phuket as I watched drunken Russians try to chat up girls and impress them by ordering some expensive champagnes that came with a grand entrance. This was definitely not my scene…

I was glad to bump into my friends from Singapore who had come to Nikki Beach to spend their last few hours in Phuket before flying back home on the redeye. Such a cool bunch and I hope to see them again. 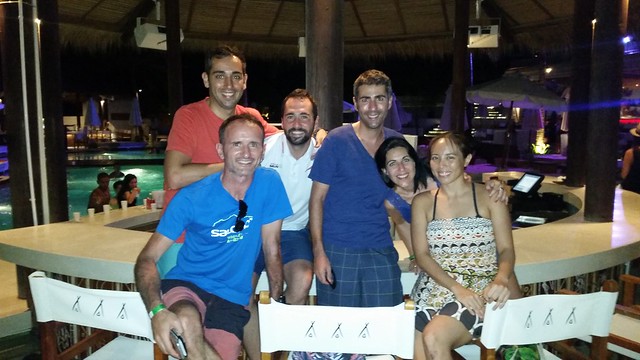 We bid our goodbyes and I went home to get ready for the next day’s swim session, which we were doing under guidance of T***’s head swim coach Miguel Lopez Alvarado.

This was mostly a technique session which focused a lot on rotation drills and controlling pace. It made me aware that I wasn’t rolling and stretching out as much, which compromised my stroke length and breathing. After going through those drills I felt so much better in the water! Things are looking up.

We next have a yoga session, followed by a technique-driven Drills & Strides session on the 500-meter track. Hopefully these two sessions will set me up for some great training in the following days.

Meanwhile, in the interest of full disclosure this is what I’ve been eating thanks to the resort restaurant… 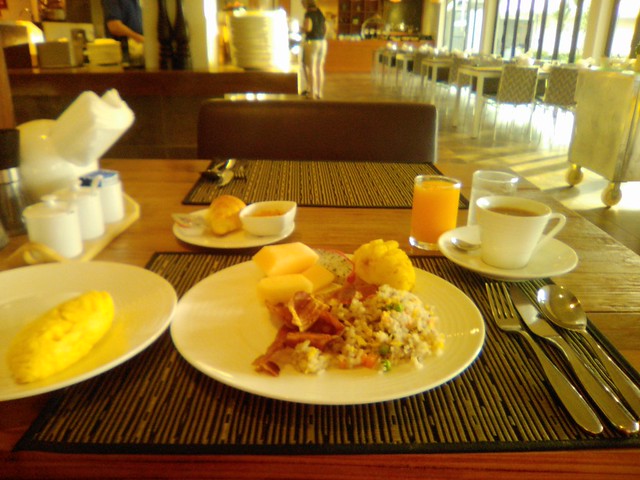 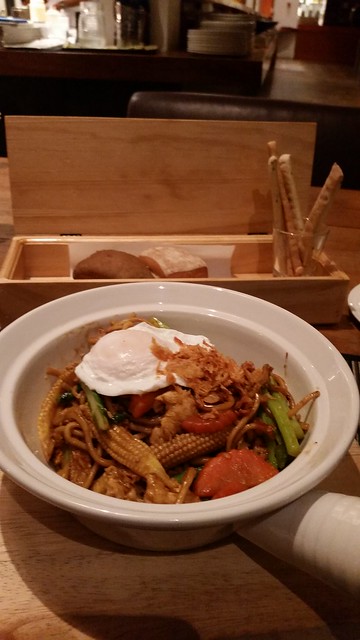 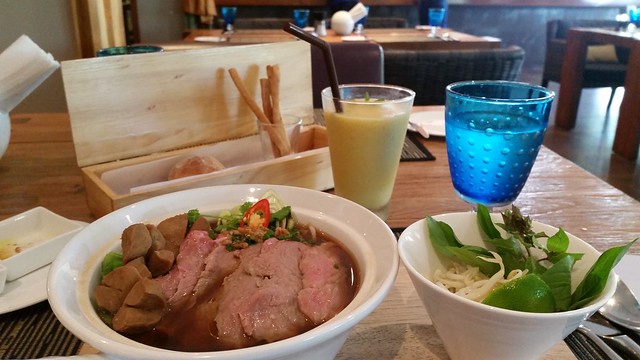