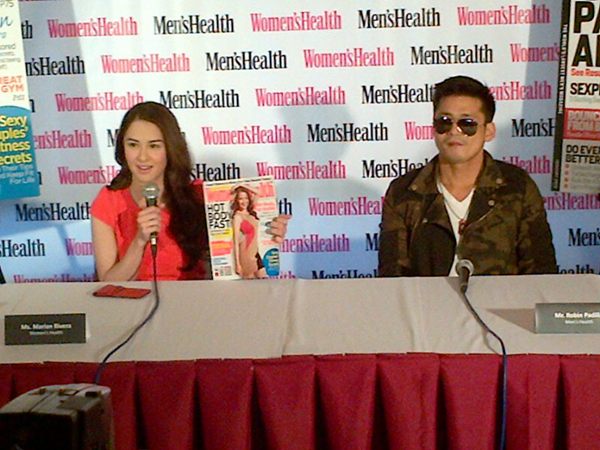 Women’s Health and Men’s Health are getting the year off to a great start with Marian Rivera and Robin Padilla on their respective covers. Both are no strangers to the top-selling magazines; Marian has appeared on Women’s Health twice before, and Robin once.

Summit Media invited running bloggers (myself included) to the press launch of the magazines’ first issues for the year, so it gave us a chance to hear firsthand how Marian and Robin prepared for their cover shoots and what role fitness plays in their lives. 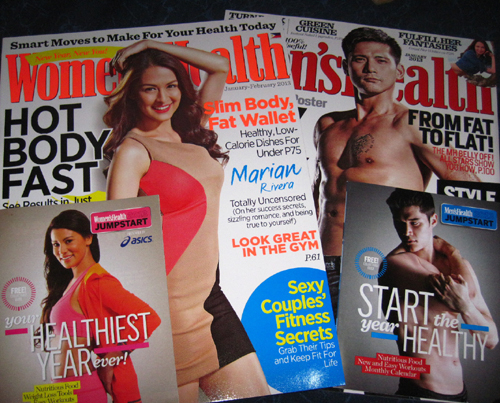 Robin said he asked for some time before the cover shoot because he would need abs for his second cover. But he said he always stays fit through workouts and moderation in food and drink.

He also says despite his muscle-bound appearance, he does not use bodybuilding supplements. As an endorser of a liver supplement, he says that he avoids abusing his liver and kidneys with additional protein and other chemicals that could strain them.

In stark contrast to her lackadaisical approach to fitness in her first Women’s Health cover, Marian now enjoys exercise. Her favorite workout is Muay Thai. She claims boyfriend Dingdong Dantes’ approach to health has been a major influence on her.

Women’s Health EIC Lara Parpan noted the change in Marian, but says this was still quite in character for her.

"This woman can do anything she sets her heart to." – Lara Parpan, on Marian Rivera

Men’s Health EIC Peejo Pilar said that Robin was perfect for the cover because he exemplifies a Men’s Health guy.

With both Marian and Robin appearing in projects for their respective networks and upcoming films, we’ll be seeing more of their trim and toned physiques on our screens.