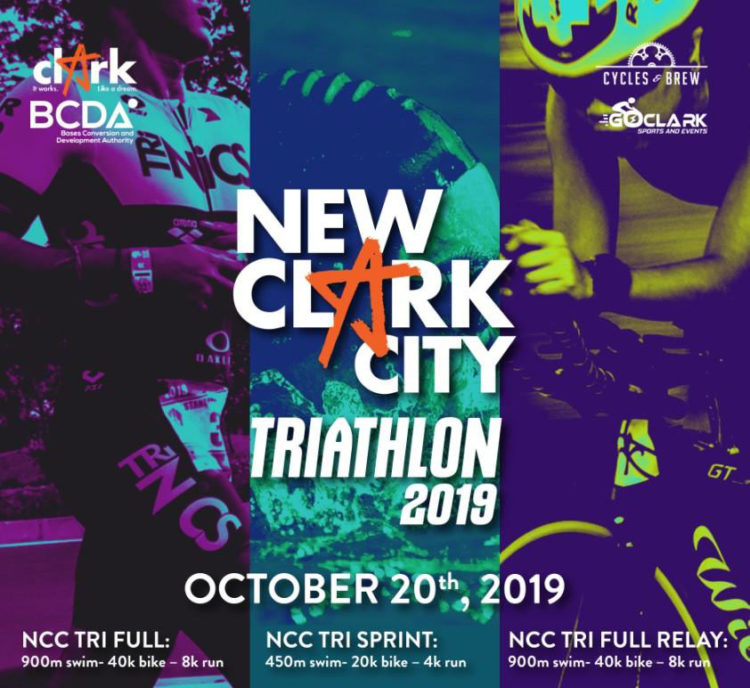 I mentioned the New Clark City Triathlon last week in my Fitness Diary entry. Well, the event has been officially announced as not just a triathlon, but a full weekend race extravaganza to help test out the new sports facilities built for the Southeast Asian Games.

“New Clark City is a perfect venue for a triathlon since it’s the first [modern] facility intended for the SEA Games. Participants will have a chance to be one of the first to use the pools at the Aquatics Center and the track oval at the Athletics Stadium,” said GoClark Sports and Events Director Jumbo Tayag. GoClark is an organization that promotes health and wellness through endurance and multisport events.

“This is totally a fresh change from the usual venues in Subic and Clark,” Tayag added. He also cited the new access road from the new city to the Subic-Clark-Tarlac Expressway which will boost accessibility in the area and ease traffic especially during main events.

The race also serves as a send-off for the national triathletes who will compete at the biennial games.

Tayag will lead the opening ceremony of the race together with Bases Conversion and Development Authority (BCDA) President and CEO Vince Dizon and MTD Clark, Inc. President Engr. Patrick Nicholas David. Celebrity athletes are also expected to join the race.

Registration opened on August 12 priced on a tier basis, and already the Tier 1 slots for the Full and Sprint are sold out!

(If you sign up for the Tri Full, the swim route takes you through both the competition and practice pools at the NCC Aquatic Center. Cool!)

Click here for more information and to register. Beat the price increase!