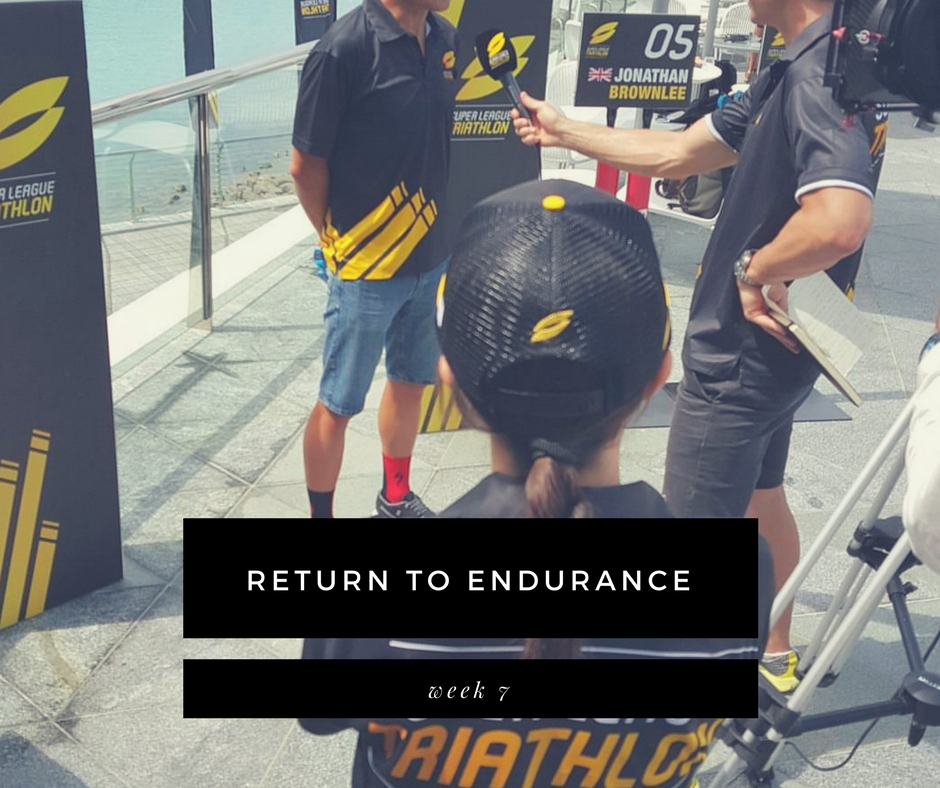 I’m only now just coming back to normal after an intense week of working behind the scenes for Super League Jersey, the second event of Super League Triathlon. Unlike the previous event in Australia where I was working onsite, they tried out having me work remotely churning out press releases. Unfortunately for me on race weekend, this meant ending my work day at 4 or 5am. That’s because Jersey is located in the Channel Islands south of the UK; while it was 4am here, it was only 8pm over there. The work load also doubled from the previous event because I had to write about three separate races over two days. It was a lot of mental and physical stress.

My only consolation after that much work is that I’m just at home in Manila. I was able to keep up my training routine through most of the week, although I skipped my Saturday morning long indoor ride knowing the workload up ahead.

If you missed watching the races live, they’re all available in full on Youtube.

Two weeks ago I mentioned signing up for a race, and it’s finally happening this weekend. I’ve always heard great things about the UPLB Trantados Fun Triathlon from my Endure teammates, but this is the first time I’m actually racing in it. With a 400-meter swim, 18-kilometer bike, and 3-kilometer run this minisprint is a bit longer than the first triathlon I ever raced, but having been gone from the tri scene for over a year now I will probably feel like a beginner all over again. This time around though, I’ll have a better-looking trisuit. (It’s gonna look like overkill racing on my tri bike though!)

I did put on 10 pounds since the last time I wore my suit, so I hope it still fits right. And yes, despite training and eating better, the weight still has not dropped off. I’m a little frustrated, but this could be a combination of age as well as stress. This is my last year in the 30-34 age group, and stress makes your body secrete cortisol which causes weight gain and retention. I’m probably doing enough exercise to maintain my weight, but not enough to drop it.

Health-wise I do know I’m in a better place, since I haven’t come down really ill in six months. All I’ve had are one-day sniffles that go away with a good night’s sleep. I’m doing something right, and this Saturday’s triathlon will be a great test of fitness. Especially after watching Super League Jersey live on Youtube, I’m really excited to race my first triathlon of the year.