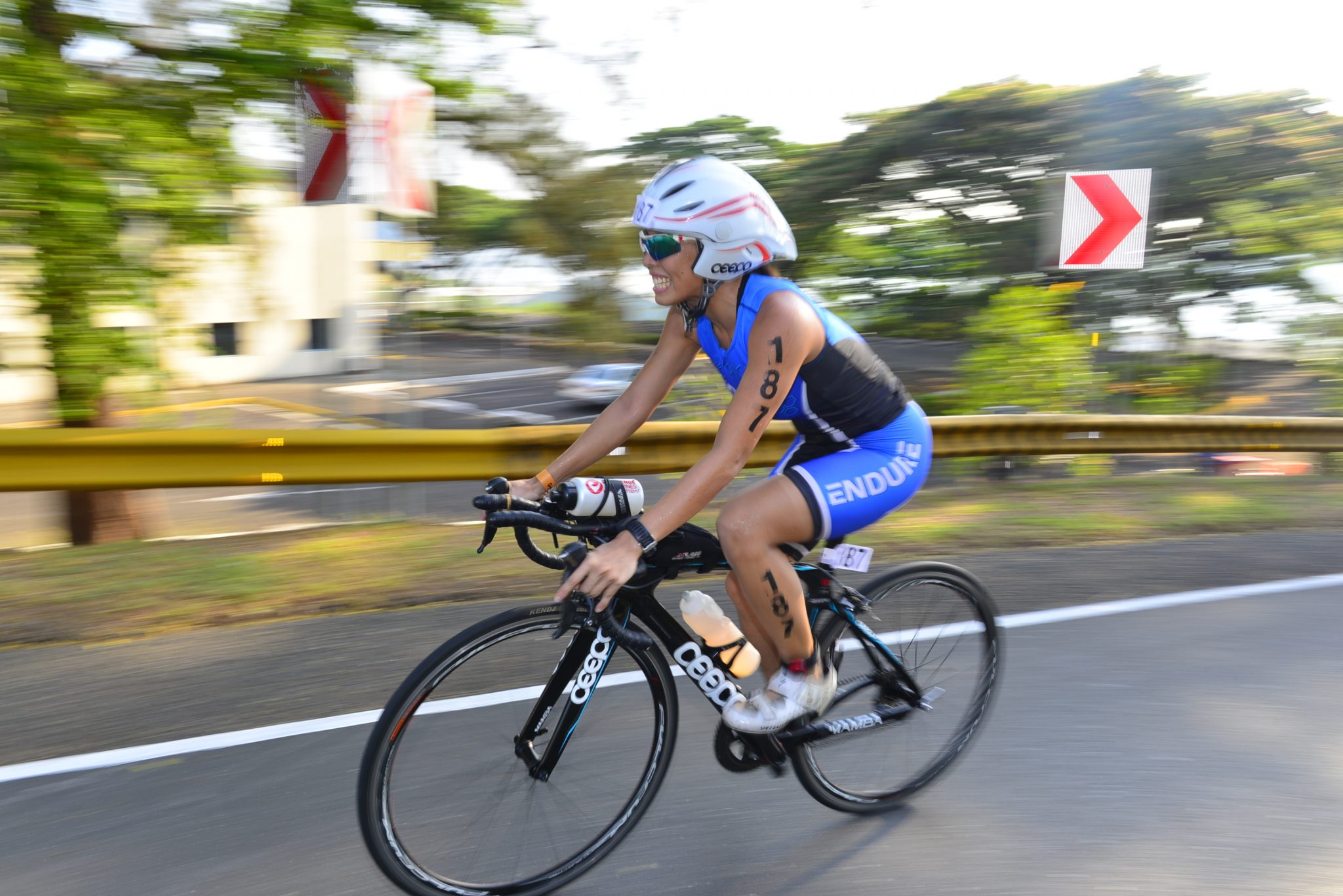 It’s crunch time for my Challenge Roth training, and many of you I’ve had the privilege to train with over the last few weeks know I’ve really been cramming in the miles. Since in an iron-distance triathlon it’s the bike leg that’s the longest, I’ve been working hard in that discipline, doing the long rides on weekends to increase endurance and delay the onset of fatigue and also working on speed and strength on the indoor trainer during the week.

I’ve been a little less consistent in running, but that’s just because I’ve had a swim and bike focus in the past few weeks. This weekend I started bumping up my long run mileage and plan my peak long run at around some time at the end of June or I may even run it on my birthday in July. 😉

The swimming is really what’s been killing me lately; I’ve had to swim my endurance sets in hot noonday water (early mornings at my pool are reserved for kids’ swimming classes) and always come out cooked. It’s a 25-meter pool, so swimming 4000 meters in it makes me feel like a water hamster. The good thing about all this is that when I attend squad in the nighttime, the water feels relatively cooler and I’m able to work hard in the sets my swim coach assigns me.

This coming weekend I was supposed to race the Challenge Barcelona half because I would be there as the global camp ambassador for a MaccaX camp. The camp was canceled in early March though, due to some behind-the-scenes reasons which only made sense when in April the race was taken over and turned into an Ironman 70.3.

May is still a good month for a test race though, just to keep me on my toes and see where the training is at. When my Barcelona trip was canceled, I gratefully accepted an invitation to join a contingent of Filipinos racing the Bintan Triathlon, which is happening this weekend. It’s an Olympic-distance triathlon in hot and hilly Bintan, Indonesia. We fly out on Wednesday to Singapore and then it’s just a short ferry ride over.

With the amount of training I’ve been putting in lately, I do feel like I could do a half-ironman at this point. However, from past experience I either get sick or feel stale after a half-ironman. After Ironman 70.3 Cebu I really didn’t want to do any structured training, and it took a month before I pulled myself together to do Tri United 3. While I did great in an aquathlon and a half-marathon the two weeks after Challenge Philippines, that was a fitness peak from which I fell hard, because I was sick for two weeks after that.

Challenge Roth is only eight weeks away, and each of those weeks are precious time I can’t lose to illness or injury. So, Bintan is perfect! I can easily train through an Olympic-distance race (I won’t taper for the race). The hills will be a nice challenge after the fast and flat SuBIT course. We also stay on for three more days after the race and I’ve been told Bintan is good training grounds. I’m looking forward to logging a lot of miles this coming week with no work distractions.

With eight weeks to go, it’s time to put my head down and get through the training. Thanks for reading! Next time you hear from me, it’ll be from Bintan.

OK, now off to get my bike packed for travel, the first of many overseas trips this year. I love it!