This is a section on my blog where I answer questions people ask me. If you have any questions for future Ask Kikay Runner entries, email me!

Most Ask Kikay Runner questions ask for advice or suggestions. This particular question was sent to me via private message on Facebook, and I’d like to take the opportunity to clarify certain things. 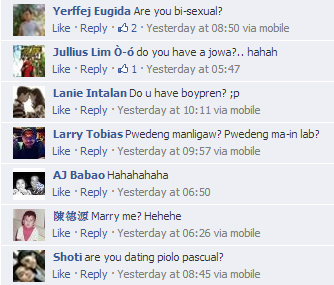 Not the controversial question you’re looking for.

Good day ms kikay runner! Y did u stop ur advocacy on ‘no to expensive runs’ and running should not be expensive. Ikaw kng naglakas loob na lumaban sa mga tao ginagawang business ang running. Especially ultraruns, wherein u have to get ur own support and run at ur own risks, pay expensive entry fee and by the end of the race get only a jollibee meal and a fake finishers’ shirt. Tnx!

Hi Wilfredo, quite a meaty set of issues you’ve presented me today. Let’s break it all down so I can answer clearly and properly.

“Y did u stop ur advocacy on ‘no to expensive runs’ and running should not be expensive”: I never said, “no to expensive runs” absolutely. If you refer to my blog post “Final Thoughts on Rising Registration Fees“, I said that races each have their target markets. I said:

I think other race organizers have their own reasons behind why they organize races, and it reflects in how they price the cost of entry. It’s up to runners to decide what they are running for, and what they are willing to pay for.

I left the choice up to the runners to decide whether they wanted expensive races to continue, or to choose the more affordable ones. Guess what? Expensive races still get sold out.

Running doesn’t need to be expensive. You don’t need to join races to run. It’s still your option whether or not to join a race, and how much you’re willing to pay to race. It all comes down to choice.

“Ikaw kng naglakas loob na lumaban sa mga tao ginagawang business ang running”: Profiting isn’t necessarily a bad thing; in fact it’s what keeps these businesses going. Without entrepreneurs who organize races or run shoe stores, I’m not sure running would be thriving as much as it has been in the last half-decade.

I never fought against anyone. Like I said in my post “On Rising Registration Fees“, I just wanted to know the reason behind the prices — I wanted the race organizers to justify the fees they were charging. And since then, organizers have been constantly trying to prove to runners that they’re getting value for money.

There are still going to be races that are outrageously priced, but runners continue to snap up the kits because of the prestige these races have. Until most runners make a stand that they’re not going to patronize expensive races, what can one blogger do?

I said my piece back then, and I’ve since focused on doing what I love, enjoying my training and races and writing about them.

“Especially ultraruns, wherein u have to get ur own support and run at ur own risks, pay expensive entry fee and by the end of the race get only a jollibee meal and a fake finishers’ shirt”: I’ve never done an ultramarathon so I’ve never said anything about this issue you’ve brought up. I don’t have any experience to form an opinion about this. Period.

I hope this clarifies my stand on registration fees. And no, I’m not dating Piolo Pascual. 😉