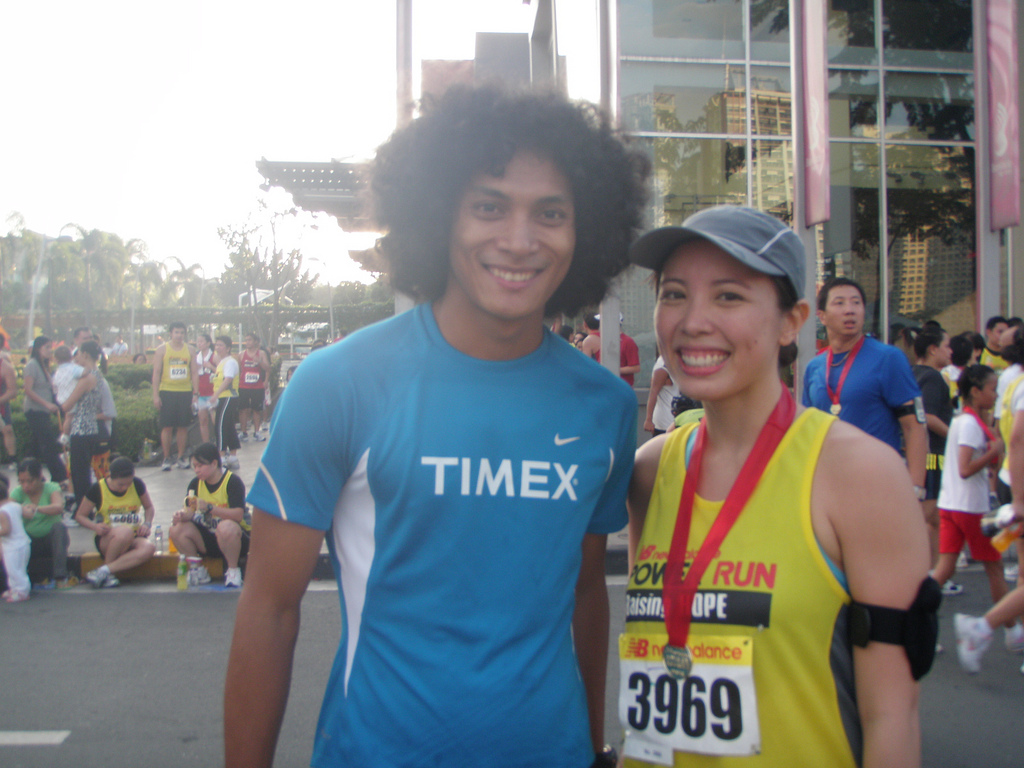 It’s taken me a while to decide on what to say about this matter. As with anything concerning matters of passion and pocket, it’s difficult to separate emotion from fact.

Let me be clear on one thing, though. This is not a matter of warring PERSONALITIES (Kikay Runner vs. Coach Rio), as some may have painted it to be. I consider Rio a friend and I respect his accomplishments and what he has done for the running scene. Rather, this is a matter of clashing PRINCIPLES which needed to be addressed (keeping cost of entry into running low vs. offering bigger, better innovations).

I’m very thankful that Rio used the Run United blog conference to hold a dialogue with interested parties and address questions about how RunRio operates. He didn’t have to pay attention to me or what I say on this blog, but he analyzes all blog entries about his races, sees people’s comments on Facebook, and reads every private message to him even if he can’t reply to each one.

Races aren’t basic commodities and race organizers don’t have to show us their budgets and costing, but Rio offered to show it if I signed a nondisclosure agreement and agreed to organize a race on the same magnitude. However, that was not my intent. I have no desire to be a race organizer. I’m simply a runner, who has a blog, who is asking a question: “Why?”

I asked because I believe that running should be for everyone. When I heard of people stopping running and racing because the cost was getting to be prohibitively high for them, I sympathized with them. When I talked about races, people asked me why reg fees have become so high, and I didn’t have a definite answer to the question.

Rio said that last year’s registration prices had not been enough to cover his costs per runner. RunRio’s logistical expenses are: hydration, manpower, security, safety, venue and route, marketing and promotions, to name a few. I had no reason to doubt what he said, and thus no reason to probe the company’s expenses.

When Rio explained that he wanted to make races that would be excellent and internationally reknowned and competitive, I realized that the main target market of RunRio races are those people who can afford to go overseas and attend races there. They are those people who expect a certain quality at the races and can pay for it.

At the end of the day, RunRio is a business which has overhead costs and employees, and I respect that.

I think other race organizers have their own reasons behind why they organize races, and it reflects in how they price the cost of entry. It’s up to runners to decide what they are running for, and what they are willing to pay for.

I just spoke up because I thought it was the right thing to do. Not every Juan dela Cruz has a blog, right?

Kikay Runner with Coach Rio in 2009