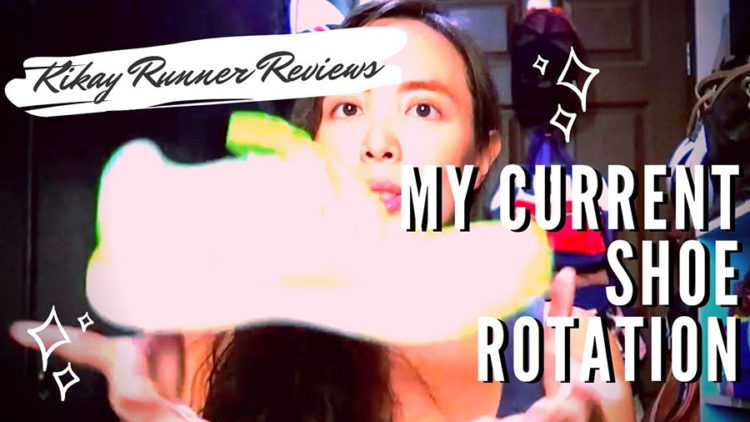 OK, folks, here’s the follow-up shoe review all three of you have been waiting for! LOL

I mentioned last week that I had a few thoughts about shoes I had previously reviewed, especially as I’ve started putting more mileage on them in preparation for my upcoming half marathon. I’ve had plenty of shoes get sent my way so that I could try them out and offer my thoughts about them. Some of those shoes survived a Marie Kondo-type purge I went through and entered my shoe rotation because I found a place for them in the distance-speedwork-racing trichotomy I place all of my shoes into.

Watch my follow-up vlog below:

This is the adidas SolarBOOST seeded to me in mid-2018. It was touted as the successor to the Supernova model and featured an almost full BOOST midsole, torsion system through the midfoot, and Continental outsoles. I kept it as a distance trainer because it was soft but had some support, as well as an outsole that could take a beating. Unfortunately, as I increased my mileage on it, I realized I didn’t like it beyond the 12th kilometer of a long run due to its weight.

I was seeded a white pair of the first edition of pureBOOST Go and liked it so much that I got it in a different colorway for traveling and casual jogging. I currently use it for recovery runs because I have found it’s best for easy runs under 10 kilometers.

I had never experienced a “wow” moment running in Nike shoes until they seeded me the Pegasus 35. No wonder the Pegs are one of Nike’s longest-running shoe lines. My only regret is giving away the second pair issued to me because the first pair was still fresh. This is the shoe I’m using for the SCSM 21K.

While I found that the Kiprun Ultralight was just too little shoe for road runs, I developed an appreciation for using them in treadmill speedwork. The midsole was just enough to cushion the rest of the shock from landing on the soft surface of the treadmill, while the light weight made increasing turnover feel effortless.

This is the newest pair of shoes in my arsenal and they sit somewhere between the SolarBOOST and the Pegasus in terms of weight. As I explain in my vlog, I like them for steady pace long-distance work but for some reason their traction on slightly damp asphalt wasn’t satisfactory.

I made this follow-up review because the more I used these shoes in my collection, the better I understood their strengths and weaknesses and I felt it was my duty as a responsible reviewer to update my viewers accordingly.

What shoes are in your current rotation? Have you used any of these shoes, and if so what are your thoughts on them? I’d love to know.