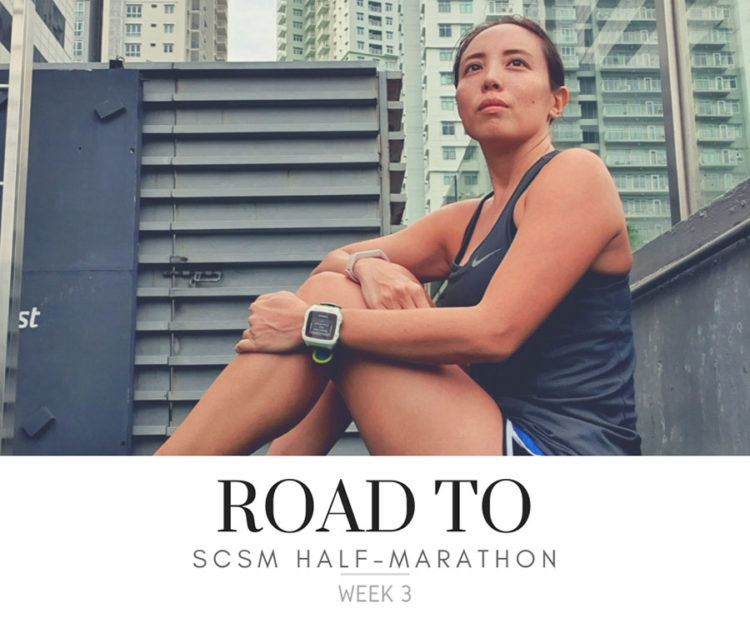 I’ve been finding motivation in completing run challenges lately. It started last month when I joined the 5K and 10K run challenges on Strava and earned those badges. And then I ended up running on Halloween night as part of this training block and earned a special badge.

For November I signed up for the month’s 5K, 10K, and 21K challenges. I also mistakenly clicked on the 100K cumulative challenge before I found out I would need to log those miles outdoors for them to count (read the fine print before committing!). As someone who does most of the week’s runs on treadmills it was a real bummer to realize I couldn’t check that 100K badge off my list despite peaking in training and racing mileage because of the half-marathon.

It’s the perfect month to join a virtual race, and I’ve been fortunate enough to have been given an entry to the Garmin #BetterMe Beat Yesterday Challenge which runs from November 1-30. I signed up for the 50K cumulative challenge and then read the fine print and found out that my treadmill runs count and I’d already completed the required mileage. It hasn’t even been half the month yet!

Because I’ve been running nearly every day for the past few weeks, I’ve been forced (?) to rotate between the various shoes I’ve collected the past year and a half. While I’ve managed to sell or donate some of my older pairs and the ones that didn’t work out for me, I kept the ones I assumed would serve certain purposes, i.e. speedwork, mileage, casual/travel running, and racing.

I also use Strava to log the mileage I put on each pair of shoes, but it wasn’t until last week that I took the time to check the totals per pair. None of them have breached the 300-kilometer mark — not even the pair I’ve had since July of last year. (Incidentally, I also bought a new pair of shoes last week. Eep.) Now that I’ve started actually putting some serious mileage on them and running different kinds of sessions within a week, I’m seeing some pairs in a different light. I might shoot a follow-up vlog this week about that.

Speaking of buying shoes, I was on a quest for a new pair of racing shoes for short-distance run races and triathlons. I had previously used the Mizuno Wave Sayonara and the Under Armour Speedform Apollo models, but both of these are discontinued. And so I started researching replacements and read about two models that seemed to fit my running style.

…Unfortunately, both those models are not locally available. It still blows my mind how poorly some big-name brands stock their running lines here in the Philippines. One brand only carries the light stability model of their racing shoe, recommending a softer, not-really-well-reviewed-for-racing model for the neutral-footed. The other brand seems to be targeting mostly casual gym-goers and hypebeasts by proudly displaying several different variations on a shoe featuring their breakout midsole material, while never stocking a particular shoe that has a cult following among serious runners. (Let’s not even talk about another well-known brand that has different lines for Asia versus the USA, Europe, and Australia/NZ…)

It’s a missed opportunity for the local retailers. I ended up buying from the US website of one brand, shipping to a freight forwarder which will then forward my shoes to me. It’ll cost just a little bit cheaper because the website was on sale at that point; I will have to wait two weeks for my package to arrive, though. I don’t plan on using those shoes for my half-marathon, but if all goes well I will be using them for my races next year.

Look at me already thinking of next year’s races! I’m happy I’m in a different space physically and mentally than I was last year.