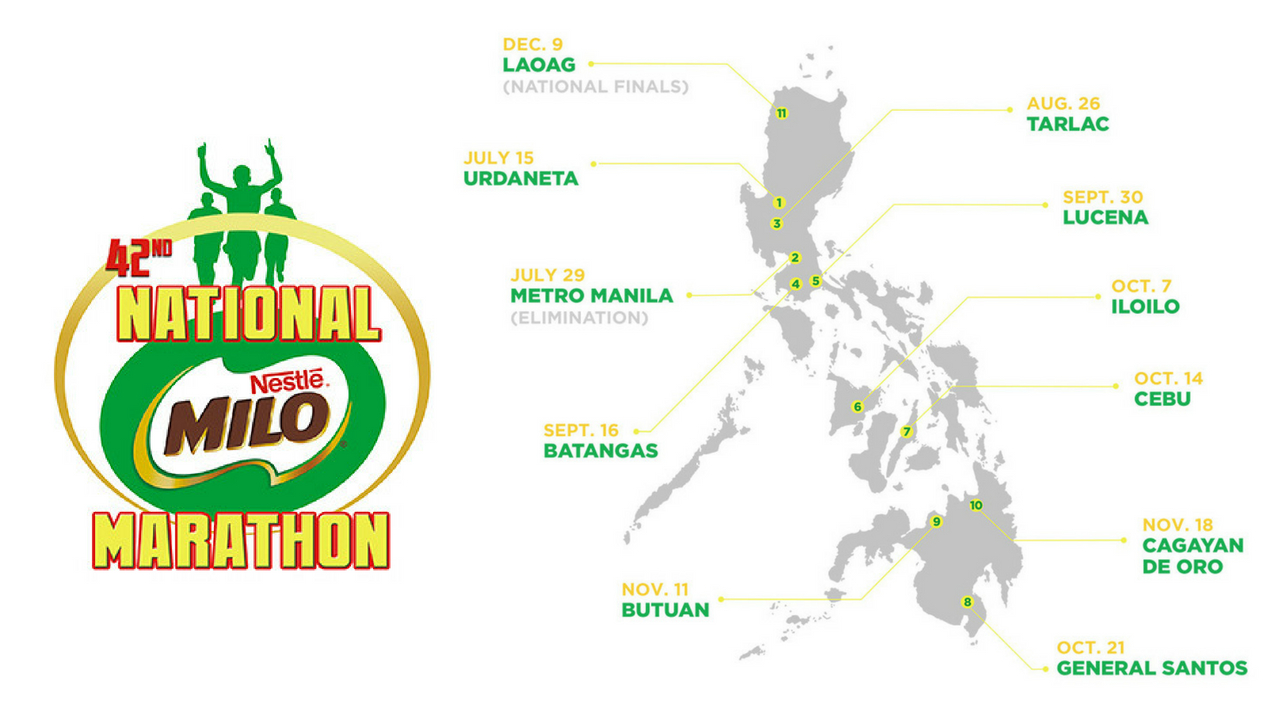 Every year, thousands of Filipinos are encouraged to run thanks to the enduring legacy of the MILO Marathon. You all should know by now I’m a sentimental sap who ran her first and second full marathons at Milo Marathon events. I owe much of who I am as a runner to the fact that the MILO Marathon has been a constant venue for Filipinos to aspire to run their first or nth marathon.

Laoag is a new venue for the MILO Marathon finals, which have revolved around the Philippines in the past few years, motivating more Filipinos to travel for sports reasons. I visited Laoag once as a travel writer for Living Asia Channel; despite the butt-flattening drive to get there, I loved being a tourist in that city and its surrounding sights, like Cape Bojeador Lighthouse, St. Augustine’s Church in Paway, the windmill farms of Bangui, and the white beaches of Pagudpud. (Vigan, a recognized UNESCO World Heritage Center, is also just 80 kilometers away.) Runners in the long distance categories will pass by the Paoay and Laoag sand dunes.

(Check out my Living Asia Channel travel documentary about Laoag below.)


MILO Marathon has once again committed to promoting the values that people learn when they run: discipline, resilience, and determination. These values are highlighted in the new design of the race singlets given out upon registration. As another inclusion to the race kit, 21K and 42K finishers will receive a special training hoodie as part of their finisher loot.

Reigning MILO Marathon king Joerge Andrade and MILO Marathon queen Mary Joy Tabal will make a bid to defend their titles, win the top prize money, and secure the opportunity to participate in an international race next year. Thanks to MILO Marathon’s partnership with PATAFA, this year’s MiLO Marathon king and queen will also be the runners to beat for aspiring contenders for the 2019 SEA Games.

It was nice to see MILO Nutri-Up endorser Solenn Heussaff at the media launch. While we don’t see her at many running events lately, Solenn certainly likes to keep in shape, and will be running 10K at the Manila race on July 29.

Just as in years past, MILO Marathon will be donating 1,500 pairs of shoes to public schoolchildren across the country through their partnership with the Department of Education. But this year, they are also giving 2,500 basketballs to deserving public schools nationwide. With this added initiative, MILO is beginning to expand its advocacy to reach more schoolchildren and get them into sports, and not just running.

“In our immersion and research, we found that there is an opportunity for more children to play and get into sports,” said Lester P. Castillo, MILO Philippines sports executive. “We began encouraging children to get active through running, and getting them into sports seems to be the natural progression. We are donating basketballs as it is the most popular sport in the country. This new development in our advocacy is still aligned with our in our initiative to encourage more kids to lead an active and healthy lifestyle.”

Like I mentioned before, I’ve signed myself up for the 5K media division at the Manila race, so I’ll be competing against fellow writers and bloggers. (Honestly, I just want to finish 5K under 30 minutes…) Hope to see you at this race!

For more information and to register, visit the MILO Marathon website.