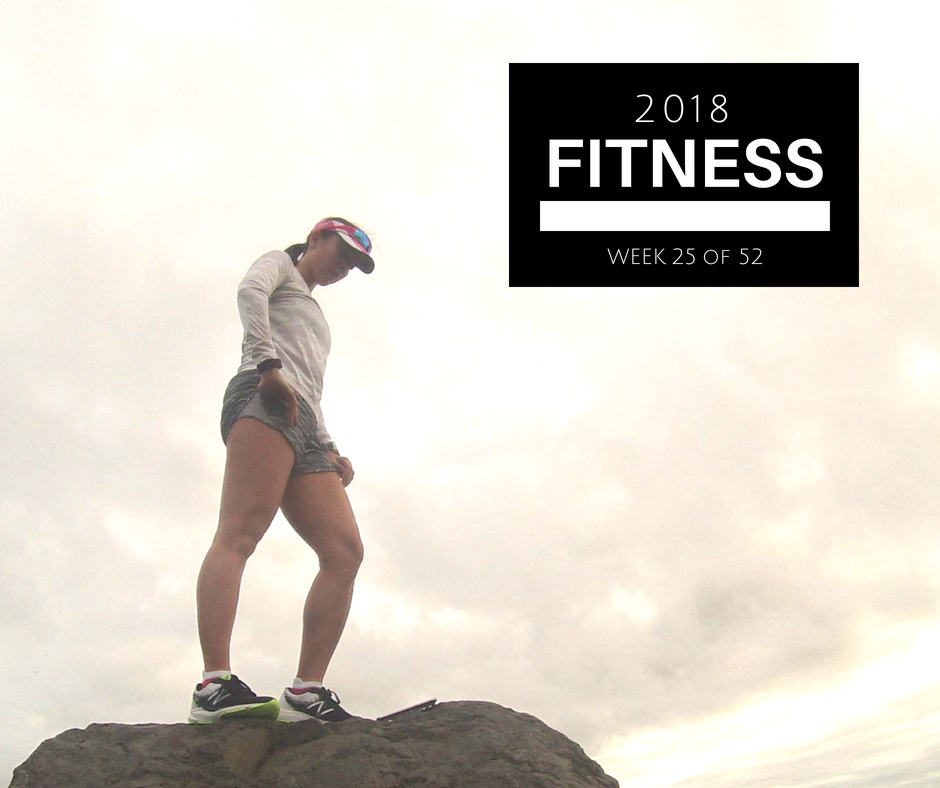 And so I have made it through the first week of a simple beginner 5K walk/run training plan. It was actually pretty easy to stick to because the instructions were so easy to remember. Thirty minutes a day walking/running or just walking, and then a distance target on the weekend plus two rest days. I’m actually quite proud of myself for ticking off five days of exercise last week!

What was harder to stick with mentally was the actual walking, especially on the days I was assigned to walk only. Imagine getting on a treadmill with about five other people around you and all of them are working up a sweat running at fast paces — and you just tick off 30 minutes of brisk walking. It’s a hard hit to the ego, especially for someone who may have been able to wipe the floor with these people at a race three years ago.

But then, it isn’t three years ago; it’s right now, and I have to face that I am not the athlete I used to be. I can be again, someday — but I can only get there if I do what’s right for me today. Once I swallowed my pride (yes, pride leads to your downfall), it was much easier to get down to business and just stick to the program. Already, following the run/walk program has helped keep me from feeling exhausted and sickly by the end of the week. It’s a stark contrast to previous run training weeks in the past two years.

If there’s anything I should know by now, it’s that training programs have their own internal logic that pay off at the end, even if at each session you don’t feel how it should all fit together. The problem for people like me is we tend to second-guess ourselves and overthink things. But I just need to trust in the process and stop sabotaging myself.

A number of years ago, I was talking with Kuya Kim Atienza after a run session when I used to train with them. We got to talking about when it would be a good idea for a certain person to do an ironman (I forget if we were talking about him, me, or someone else). I quipped, “Manipis pa ang foundation.” The foundation is still too thin.

Back then, I understood that each training session laid down what I visualized to be a layer of a fitness and endurance foundation. Training session upon training session built that foundation until it was firm and strong enough to support training for a major endurance undertaking like an ironman. Like cement, each layer takes a while to harden; it takes some time for your body to absorb the training before it’s ready to take on more.

So that’s what I’m doing right now: laying those layers down more carefully this time, for a firm foundation.

Indoor rides aren't scenic, but they do the job OK