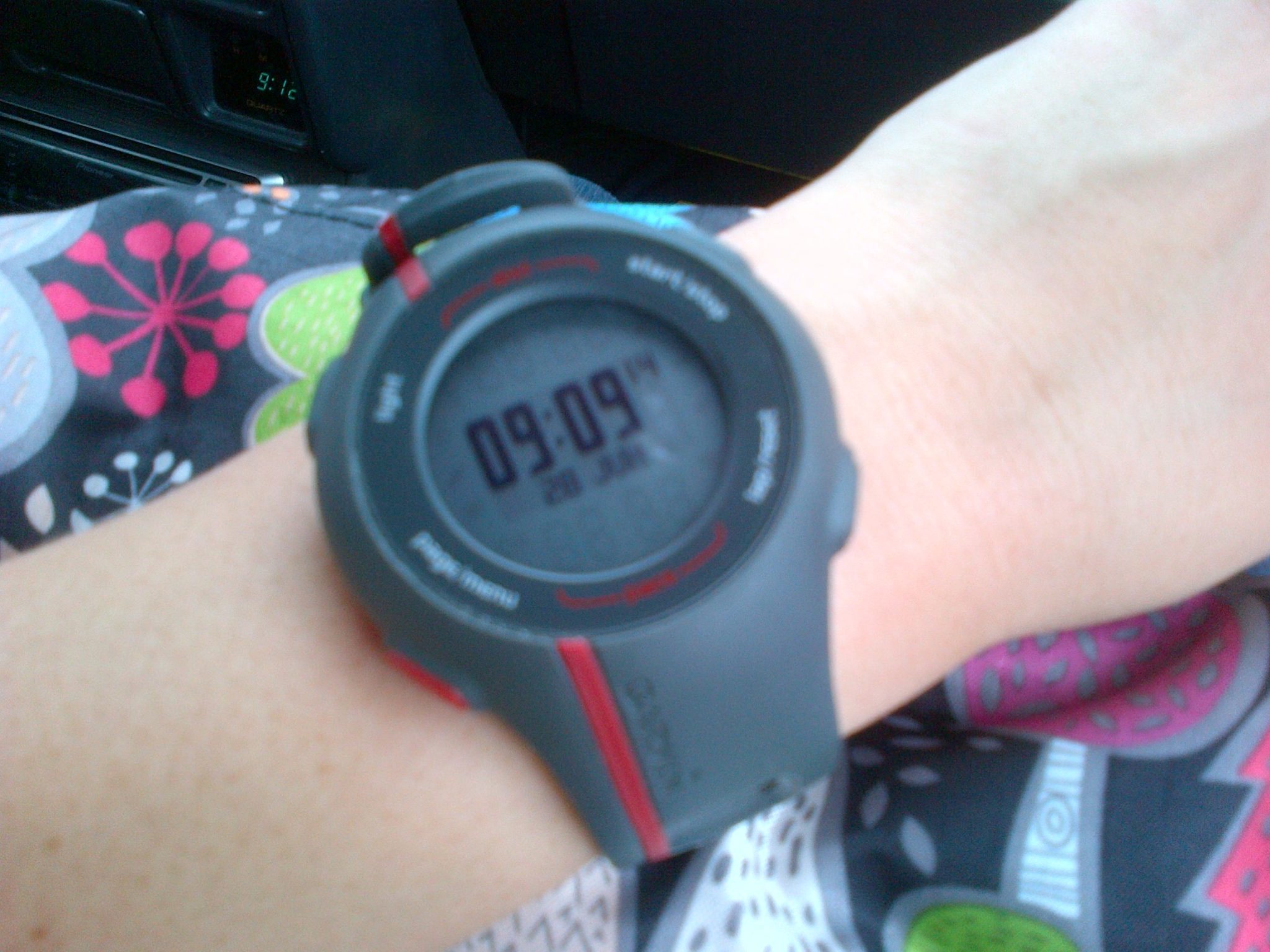 It was only a day before I left for my trip to Singapore last month that I finally received one of Garmin’s newest GPS watch products for review. (I had been promised one many months ago.) So there it was. Sleek, lightweight, and actually looked like a wristwatch, not a computer on my wrist. I have pretty small forearms, so the smaller watchface compared to my Forerunner 305 was definitely appealing.

That wasn’t the only difference. The 110 also ships with a different connector-slash-charging cable. While the 305’s was a cradle, this connector has a jawlike appearance, complete with teeth. The teeth “bite” into the contact points under the watch. The 305’s contact points were on the surface of the watch underside, in direct contact with sweaty skin which caused unwanted corrosion (I’d have to scrape mine every few months to get a proper connection to the charger). The 110’s contact points are depressed, making it harder for sweat and moisture to get to them.

While the 305 had multisport capabilities (I could use it for both bike and run activities), the 110 was primarily a running watch. And while the 305 could display current pace, the 110 only displays average pace per lap. It still records current pace to memory so I can download the workout file and see exactly how fast I was going while negotiating that steep descent down Mount Faber. While I couldn’t look at my wrist to see exactly how fast I was going at present, seeing the average pace is still useful. As long as your average pace doesn’t drop below the pace you need to hit your target time, you’re gonna make it.

The display isn’t customizable either; you get only time elapsed, average pace per lap, and distance covered. But the 110 locks onto Garmin’s satellite signal much faster than the 305 due to a better internal antenna, and doesn’t lose signal as easily. It also has a long standby life so it can double as a watch; if I don’t use the GPS, it easily lasts two weeks. There is, however, no “Off” button to help conserve power more. Once you charge it up, it’s going to remain On until the battery runs down.

While not as full-featured as the 305, one thing is still very attractive about the 110: its price. At a $130-178 range (I looked at prices online), it’s half the 305’s $299 price tag. As a starter running GPS watch with Garmin’s unparalleled GPS capabilities (having a dedicated GPS satellite still has its perks!), it’s a great deal.