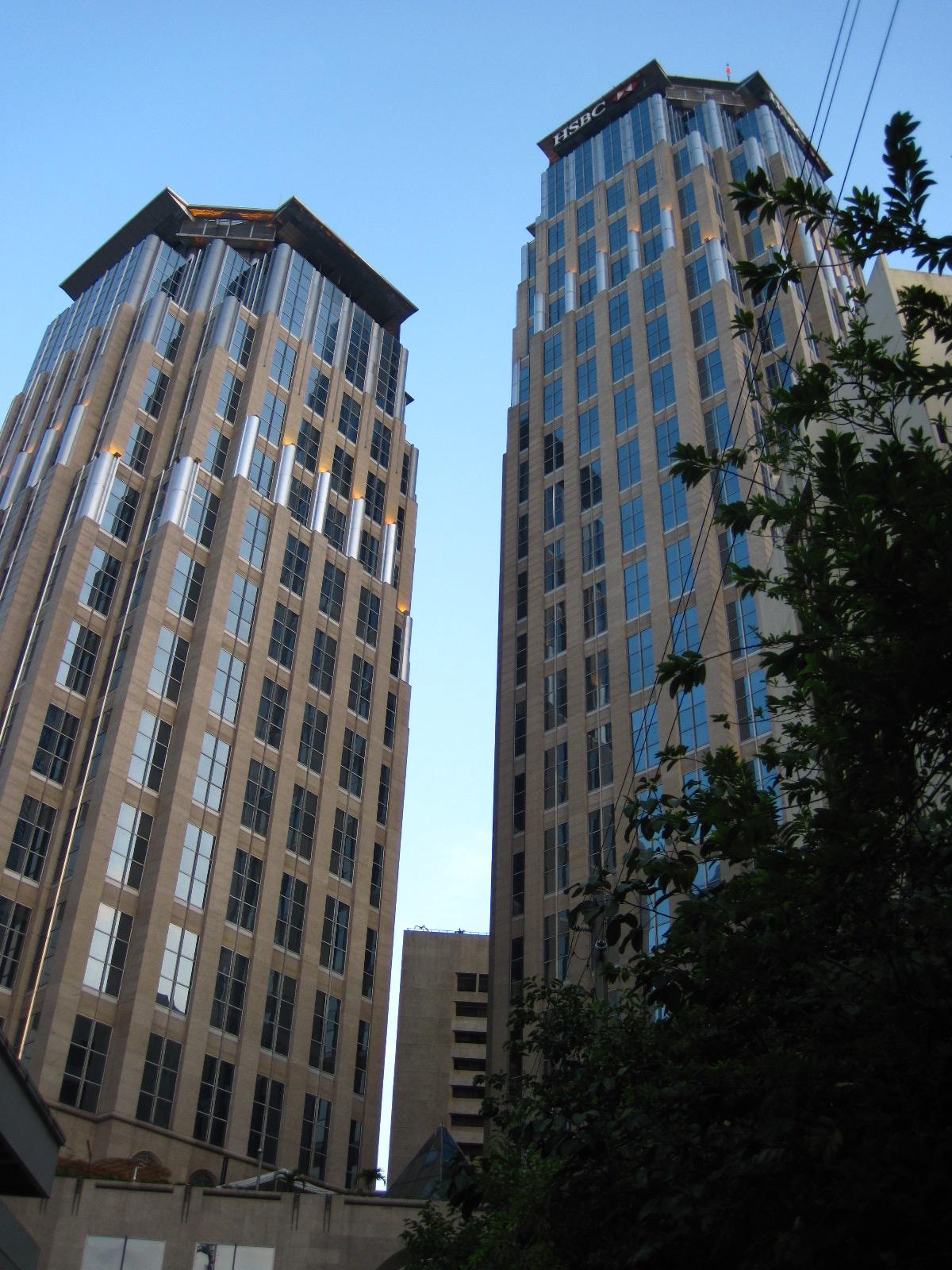 Not to be disgusting, but I’ve been nursing an infected wound on the back of my ankle for the past four weeks. It’s been like that because I never gave it enough time to heal before I started wearing shoes again. Anyway, last week I started taking antibiotics and had the wound drained. It would have been an activity-free weekend for me — if I hadn’t told Mr. F a few weeks ago I’d do the Trek the TEC building run-up with him. I figured that if I bandaged my wound enough, I could make it through the 90 floors we’d be climbing. Besides, it’s the first such event in the country and I wanted to be part of history.

Them towers sure are high, though.

An intimate crowd of just over 100 runners gathered at The Enterprise Center last Sunday. A few of them looked like running veterans, and the eventual second-placer at the event was a runner-up at The North Face 100 a week before. Most of us were just there, curious about how it’d feel to climb all those stairs. Mr. F surmised it’d be a bit like high-altitude training, especially with the lack of oxygen-rich air within those confines.

Have I mentioned I’m mildly claustrophobic?

Instead of timing chips, we were provided with proximity cards. We’d be let out in batches of 50 participants, climb up and down Tower 1, cross the bridgeway to Tower 2, and swipe our cards at the finish line on the roofdeck. After all the participants have finished, the times would be compared and winners called.

Initially, I had absolutely no plans of competing. We were there just for the cardio. Right, Mr. F? But as we trudged up the stairs, Mr. F with his long legs soon outpaced me, and I had a hard time going down the steep stairwell. I was left by my lonesome, so I just wanted it to be over very badly. It felt like forever until I finally climbed the metal stairs to the roofdeck, but my watch told me it had only been 21 minutes. What?

My heart was pounding, I was breathing very heavily, and it was the most unfit I’d ever felt in my entire life as a runner. But you know what? I also had a huge sense of accomplishment. High five!

We were each given a brown bag full of breakfast — an apple, a banana, a chicken wrap sandwich, a Snickers bar, and a bottle of Tiger energy drink. As I waited for the other participants to finish, I was told to stick around for the awarding ceremony. And you know what? I came in second place. Wow! What a blessing.

The organizers have promised a repeat of the event next year — and we participants might all be given sure slots then. I say, OUCH! and BRING IT ON! I give this race FOUR KIKAY PINKIE FINGERS out of FIVE.

6 thoughts on “Trek the TEC: A New Runner’s High”