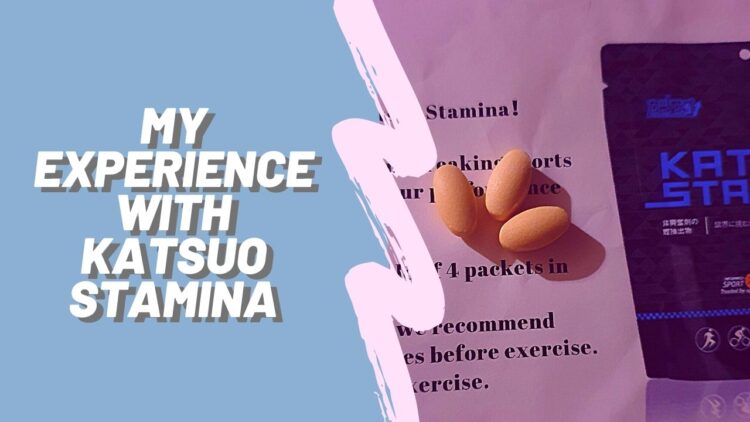 Back in March, Su from Stamina Sports reached out to me to ask if I were interested in trying out their product called Katsuo Stamina. Of course I immediately went to do my research on the product, its active ingredients, and whether or not I might be the right person to try their supplement.

Main product claims: performance improvement due to reduction of lactic acid accumulation, reduction of muscle damage, and faster recovery. Depending on whether you look at the Malaysian or Japanese websites for Katsuo Stamina, the active ingredient is either carnosine or anserine. Carnosine is said to improve the breakdown of lactic acid and promote its recycling into useable energy, while anserine helps to reduce muscle damage.

(I think both molecules are present in katsuo fish extract, which is the major component of Katsuo Stamina. Apparently, bonito flakes were used by Japanese armies to promote endurance on the battlefield.)

Ultra and trail runners are probably more familiar with Katsuo Stamina, since it has a strong presence as title sponsor and partner of many ultra distance races in Asia. So I asked, what if I’m someone who just wants to be able to run 10K in under 60 minutes again? I haven’t been able to do that in years, due to my issues with fatigue and illness. Su said yes, and sent out a package with my own supply of Katsuo Stamina.

The ingredient list doesn’t include any stimulants, and it has both Informed Sport and Informed Choice certifications that it does not contain ingredients banned in sport. So I was reasonably assured that if I were to use this, any improvement I experienced wouldn’t be because of unfair advantage.

It took a month for the package to get here because it went through regular postal service from Japan Post, and then to my doorstep through PhilPost. But the main reason I only got around to doing my time trial now is I was waiting out our Community Quarantine status (we had gone into ECQ when the package arrived) and didn’t want to risk being accosted for running a little further away from my home.

Anyway I went and did it, and I’m happy to report that I did run a sub-1 hour 10K. I wore the extra-springy Nike Air Zoom Tempo NEXT% just to give myself a bit of extra chance at success. I wanted to find out how I felt during the run, what pace I would naturally run, and how fatigued I would be over the next few days.

Without actual blood tests to see my lactate and creatine kinase levels, I can’t be absolutely sure this was due to Katsuo Stamina versus a very strong placebo effect. But even if I were smashed after that time trial effort, I expected to be a bit more sore than I actually became.

I still have enough Katsuo Stamina left to do another 10K time trial. For a bit more scientific rigor, I probably should also do a time trial without the aid of the supplement. We’re all an “experiment of one” trying to figure out what works best for us to achieve our natural potential. I definitely think Katsuo Stamina is worth a try, if you’re willing to wait for shipping. 🙂