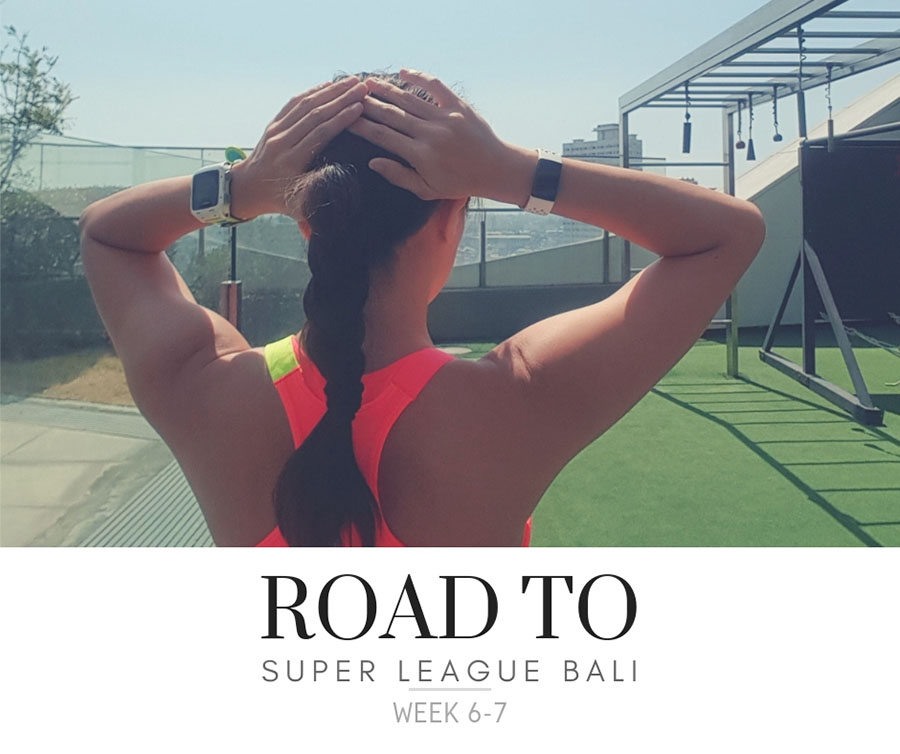 Race day is closing in! Even though the distances are short and at this point I could do them in my sleep, there’s still a part of me anxious about doing a swim-bike-run-swim-bike-run. It’s not something I’ve done at all before, so the pacing to make sure I survive through to the second swim-bike-run is my biggest source of nerves.

Yesterday I posted on my Instagram about only feeling my fitness start to kick in on the sixth week of focused training.

The human body isn’t instant coffee or high-speed broadband — you can’t just add water or download fitness. It’s old-skool nature at work, like a flower set to bloom. You can’t hurry that 😊 I’ve been training properly for six weeks, and it’s only now I feel everything start coming together (shoutout to @teammaccax for awesome training plans that come built-in with membership!) 😋

What used to knock me out for the rest of the day I can now recover from in a few hours, and I can start putting some speed down now. I’ve been following an Olympic-distance training plan from MX Endurance (it comes free with my monthly membership), and while it’s over-distance for what is technically a Sprint distance race split into two, I think it’s been beneficial.

Monday: I took to the gym for some treadmill running. I think the initial intention was to run an easy 5K, but I’d forgotten to bring my water bottle and was feeling uncharacteristically warm throughout the run, so I cut the session down to 3K.

Tuesday: I’d felt tired the day before, but suddenly I had a burst of energy. What was designed as an endurance swim session I ended up swimming faster than I had gone in the previous week’s speed session — despite actually keeping it aerobic the whole way through. I think technique tweaks plus the aerobic foundation built by the previous weeks of swimming have kicked in!

Wednesday: While we’re trying to make “Track Wednesdays” a fixture on my schedule, I couldn’t make it last week. Instead, I did a high-intensity overgeared bike session followed by a run off the bike. It is a bit more race-specific, which is a good thing.

Thursday: This day’s swim was an opportunity to see if Tuesday’s swim was a freak occurrence, or if the improvements would stick. Apparently, they did because it was a good speed session that didn’t leave me winded.

Saturday: My one and only outdoor ride per week meant it had to be a lot of things: exercises in bike handling, chase skills, and drafting because Super League Bali is draft-legal and I don’t want to freeze when a pack swallows me up. Thankfully I found a few riders I could practice chasing and drafting on, and it was nice to know I could call on that kind of explosive power in my legs and lungs. Then I got changed into some proper running gear so I could finally do a proper 5K.

Having run two triathlon seasons in the Under Armour Speedform Apollo, I was disappointed the shoe had been discontinued in that form and felt panicked I might not find an appropriate replacement so close to race day. Thankfully I already had the Nike Air Pegasus 35 in my shoe closet. After the past two weeks, it has really grown on me as a triathlon running shoe. Perfect amount of cushioning that doesn’t get in the way of my efforts at going faster — and I can actually run sockless in it without getting blisters!

This is technically my final week of training before the race, since I start travel a bit early next week. I won’t be making any more speed gains now; I just have to keep the engine turning over and make sure all my niggles are sorted (I need to get a massage!).