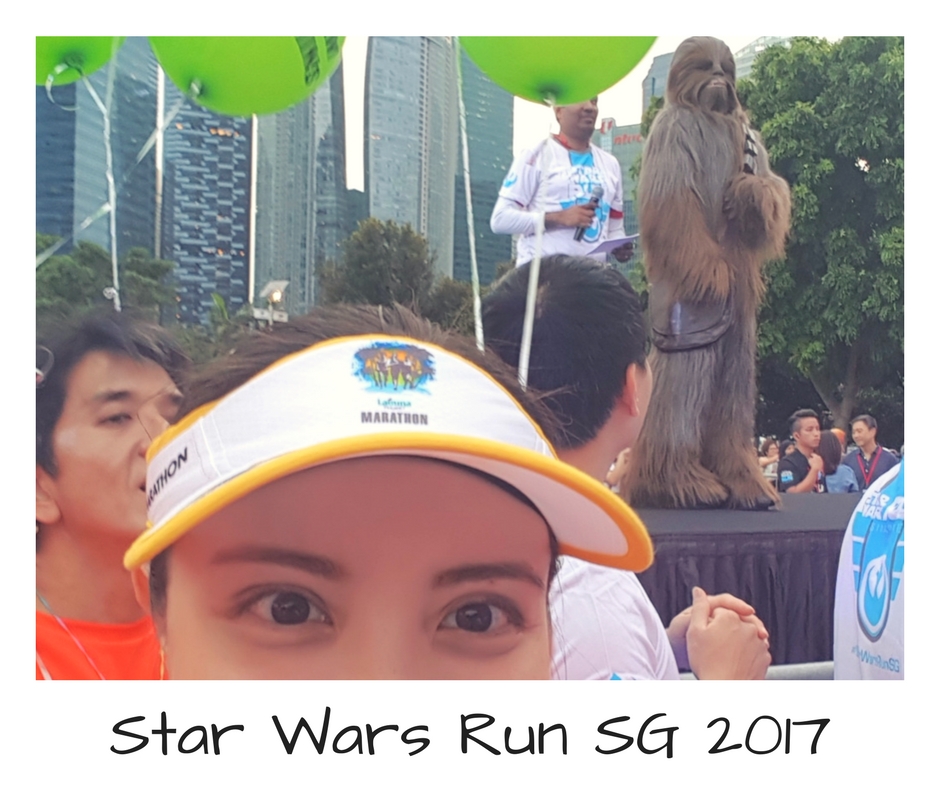 Singapore is one of my favorite cities to visit, and I’m a fan of Star Wars, so it didn’t take much nudging to sign up for the Star Wars Run SG. It really helped that they announced some great swag in their race kit and sold light sabers at a discounted price.

The actual race would happen on the evening of May 6 or what Star Wars fans call “Revenge of the Sixth Day”, with a festival commencing from Star Wars Day on May 4 (“May the Fourth Be With You”) at Gardens by the Bay.

I had chosen the Light Side because the race kit would include a Yoda plushie, and I also opted to buy a Rey lightsaber. 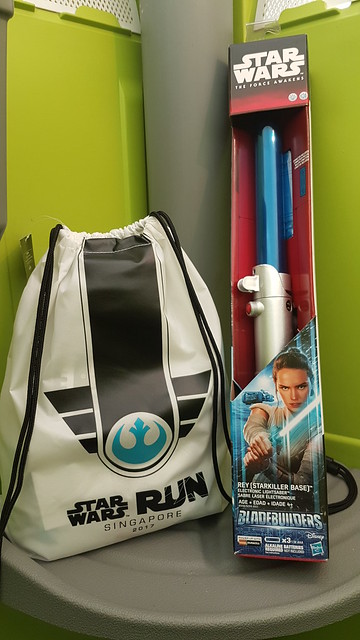 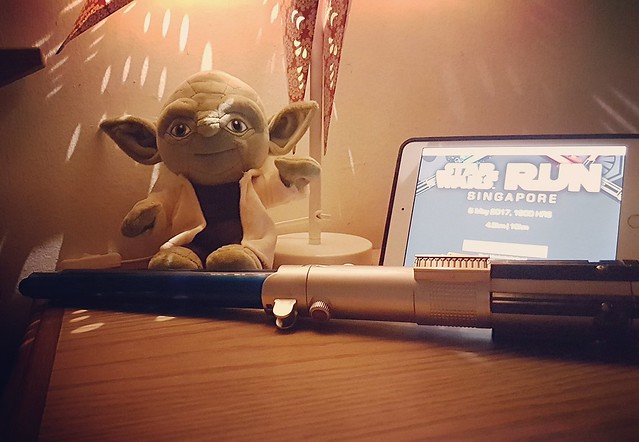 The Dark Side gets the more iconic musical themes (the “Imperial March” and “Duel of the Fates”, anyone?), but I don’t really identify with it. And besides, the Dark Side plushie was a miniature Darth Vader. I thought Yoda would be cuter by my bedside.

Anyway, race afternoon rolled around and I had to pick up my race kit, get dressed, drop off my bag, and get to the gun start. This wasn’t made easy because the packet pick-up was at the race start beside the Marina Bay Sands Convention Centre, the bag drop was supposed to be at The Meadows but was actually located at The Future of Us Exhibition, and the distance between all of them was a good five hundred meters including two major street intersections. Because there weren’t any signs pointing to where anything was, I had to rely on scraping the organizer’s emails as well as website to find any information (which was also incorrect because Bayfront MRT exit was nowhere near the Meadow!). 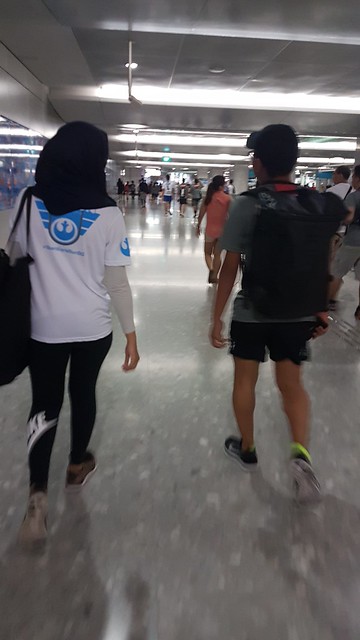 Locals had claimed their kits a week earlier. 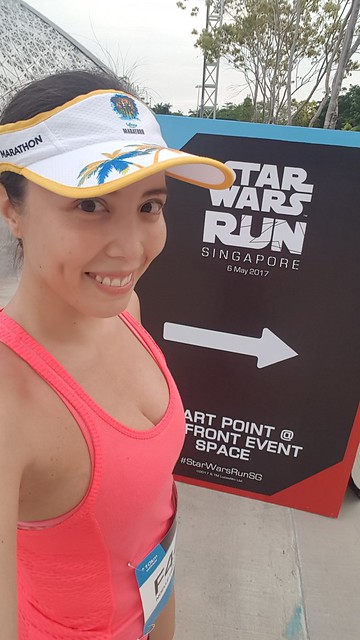 I finally found a directional sign — but only at the bag drop and finish areas! 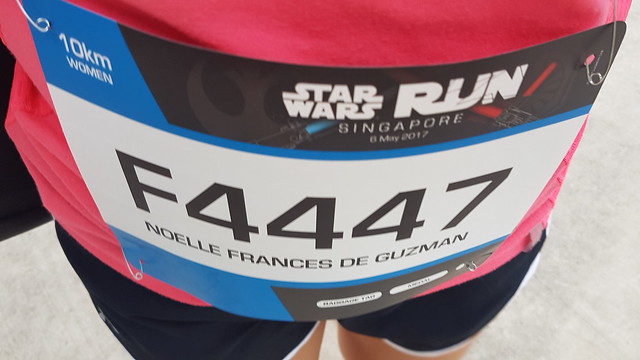 Despite feeling a harried and sweaty, I still made it into the start corral with thirty minutes to spare. The organizers had divided the start between the Light Side and the Dark Side, and Chewbacca and Kylo Ren were there to hype up the crowd. We also got fireworks instead of a starting gun, and then we were off! 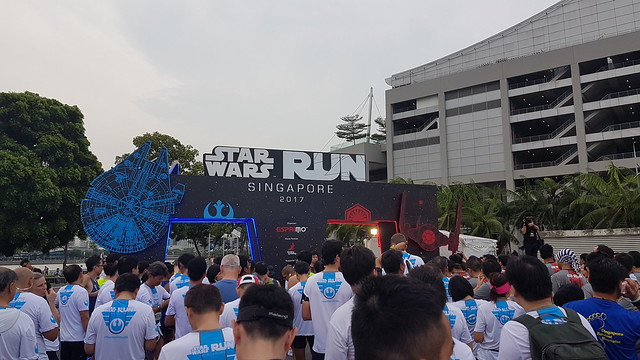 Light Side and Dark Side start arches 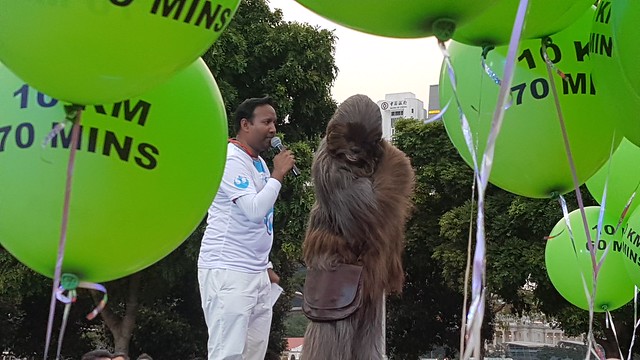 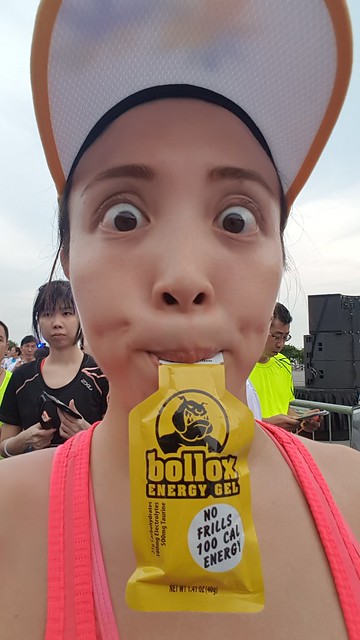 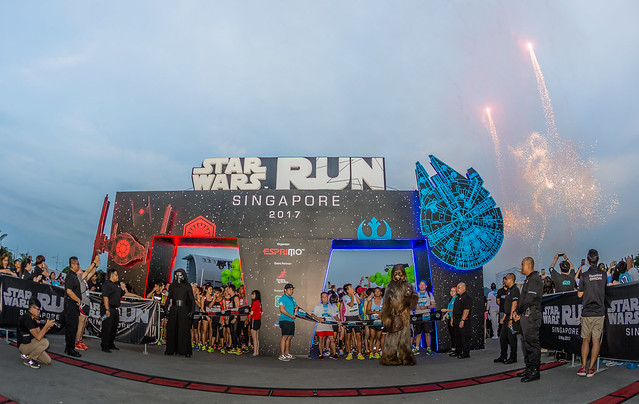 the fireworks were cool but also a little too close, with bits of burnt material raining down on us (photo from Run Society) 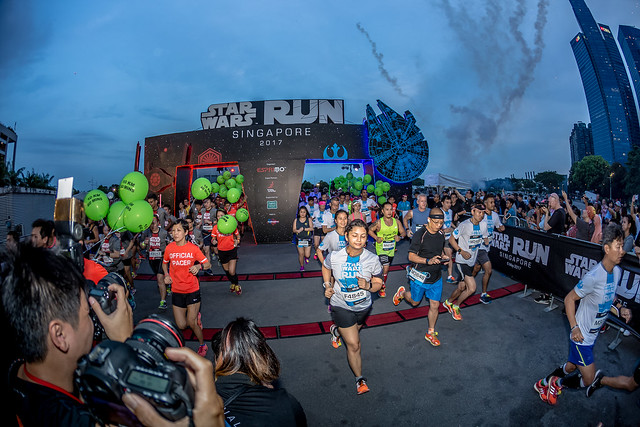 Honestly, I didn’t think I would perform well over 10 kilometers given how up and down my health has been. What I didn’t expect is how bad I felt during the race and how difficult it was to push myself to a pace that last year around this time was easy for me. There is one major take-away from doing this race: I’m not as fit as I once was, and I’m in no way near ready to do what I used to. (Can you imagine what a disaster SuBIT would have been if I’d pushed through?) 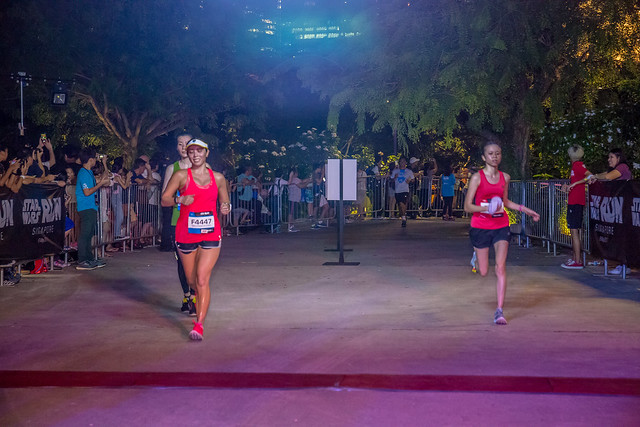 I did finish, though (photo from Run Society)

While there were themed sections with cosplayers (mostly Dark Side characters), much of the 10-kilometer run was done inside the Gardens By the Bay East jog and bike trails. The route switched from “keep left” to “keep right” at various points, there was incidental traffic from cyclists and strollers, and in the heat, the water stations spaced 2.5 kilometers apart with their lukewarm water were nowhere near enough to keep my thirst and rising body heat at bay. I also thought it a little slipshod not to have differentiated the Light Side and Dark Side experiences enough, as the 4.5-kilometer run course did for its participants. The race shirt was also tight around the neckline,
and fabric not so breathable. But at least I got a Millennium Falcon finisher medal, right?

I was spent after the finish line, drenched in sweat and lukewarm water. None of the aid stations had served cold water at all, and combined with Singapore’s heat and humidity this time of year it was difficult to keep my body temperature down. I was torn between getting my photo taken at the many photo walls and opportunities present at the festival grounds inside Gardens by the Bay and wanting to change out of wet clothes. I had to walk in the dark to find the pathway towards the bag drop area and retrieve my things, but there were no nearby portalets or even change tents. I ended up abandoning further plans of exploring the festival grounds, opting instead to go back to the Marina Bay Sands shops and change there. 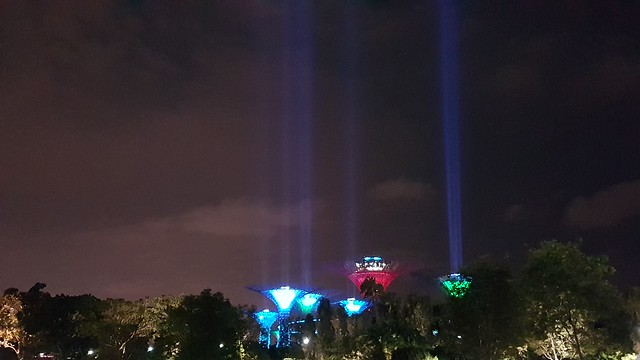 I caught the Supertree lightsaber show 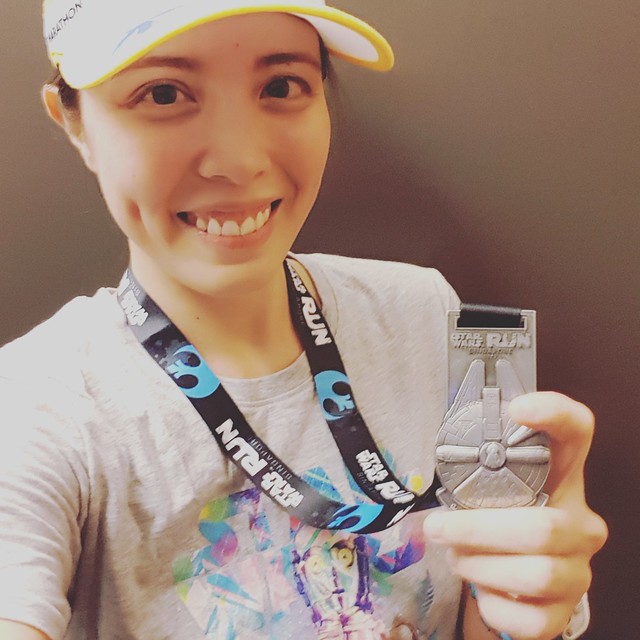 yes, I brought my own Star Wars shirt to change into (check out the Millennium Falcon finisher medal!) 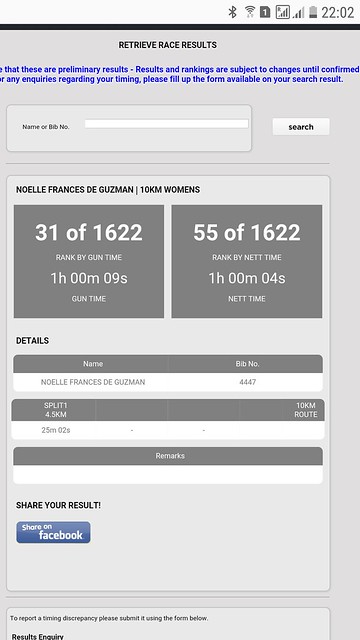 Obviously I never want to go someplace just for one event. I also planned a few things to do while here in Singapore, like take a few tours and meet up with some friends.

In the morning before the race I took a coffee tour called “East Meets West” that I found on the AirBNB app. A coffee shop owner took me to explore both Singaporean local coffee and European-style coffee. By the end of the tour I had a greater appreciation for the uniqueness of kopi and was able to brew myself a cafe macchiato with some latte art on top! 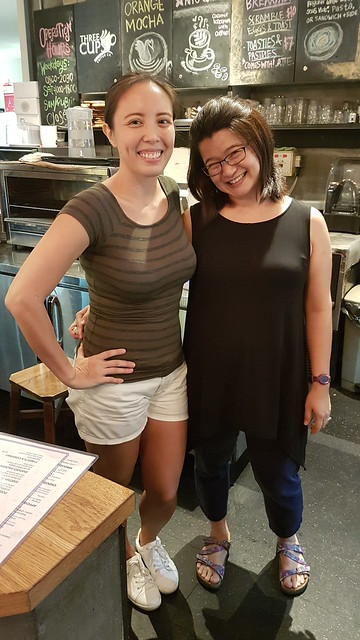 with my tour guide Sue 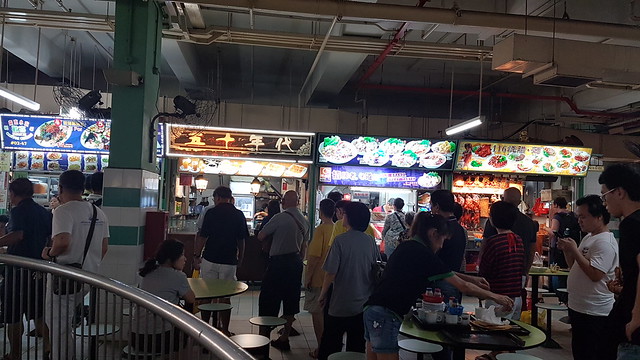 we started at a wildly popular local kopi stall 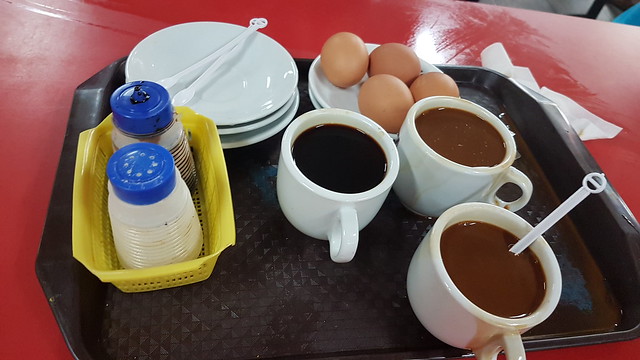 black coffee, coffee with condensed milk, coffee with evaporated milk, and some soft-boiled eggs for our kaya toast 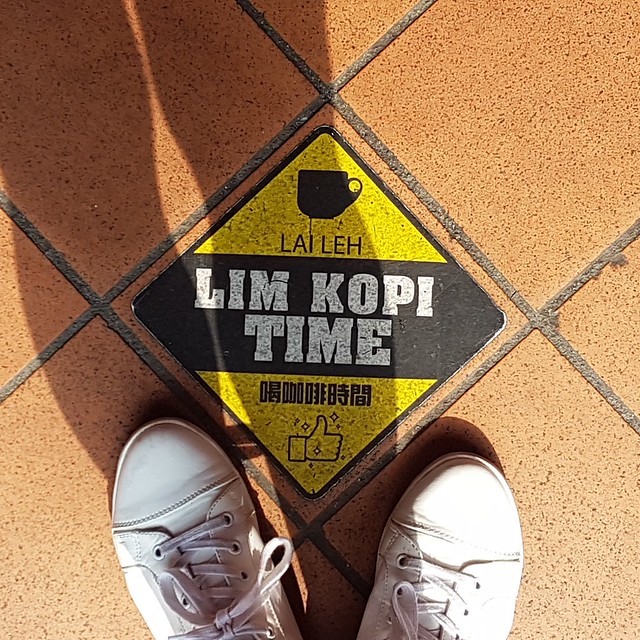 this means “time to drink coffee!” 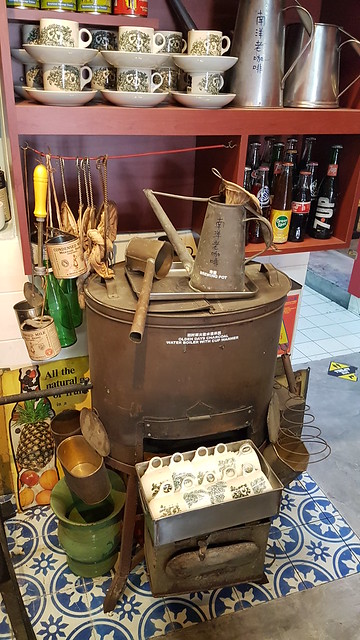 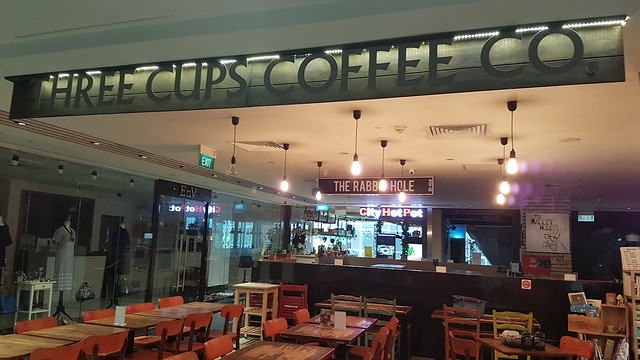 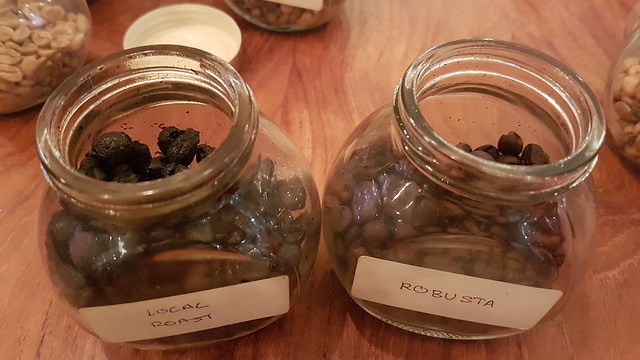 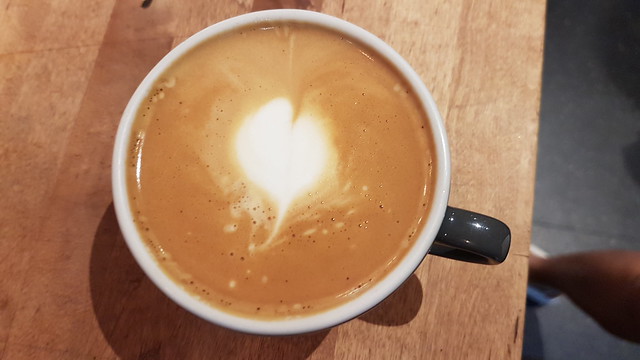 I made a heart!

I also visited two museums the day after the race. I had never gone to the National Museum of Singapore, and it was pretty great to see and understand a little bit more of Singapore’s history, formation, and development. I also hit up the National Gallery for a culture fix. 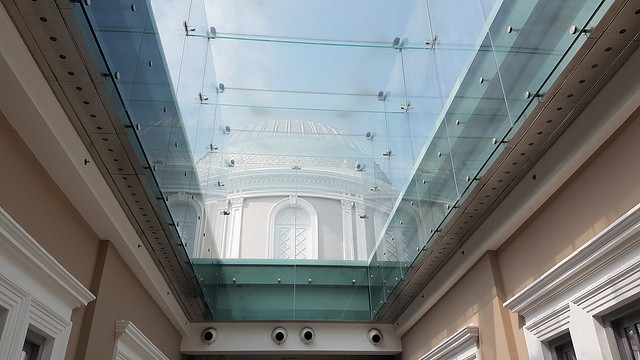 the dome of the National Museum, seen from the glass walkway between it and its more modern expansion

I also took in a few more sights, some old and some new, tried a Michelin-starred hawker stall’s food, and bought pasalubong for when I go back home. 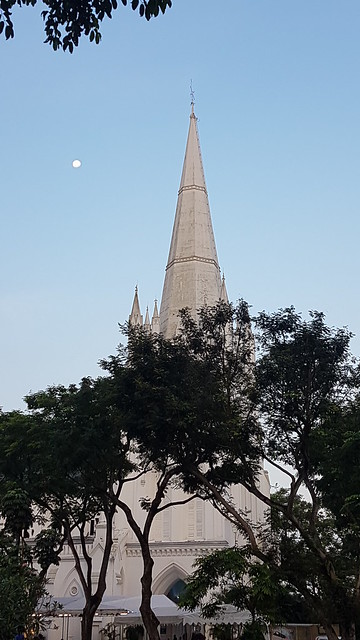 the moon over St. Andrew’s Cathedral 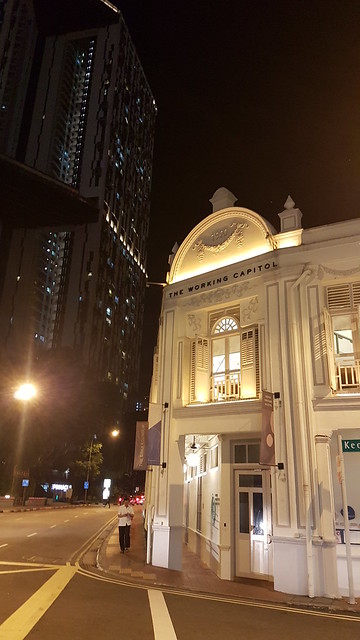 shophouses and skyscrapers, oh my! 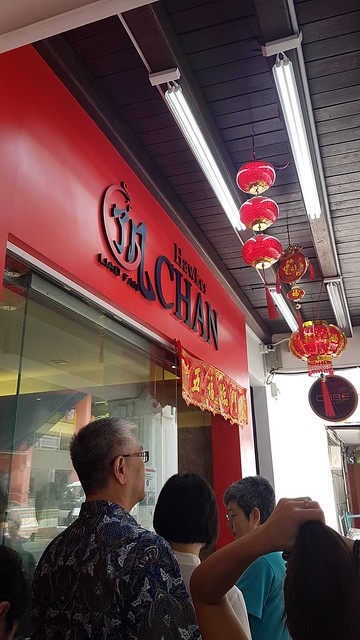 The soya sauce chicken was good, but maybe I got caught up in the Michelin star hype 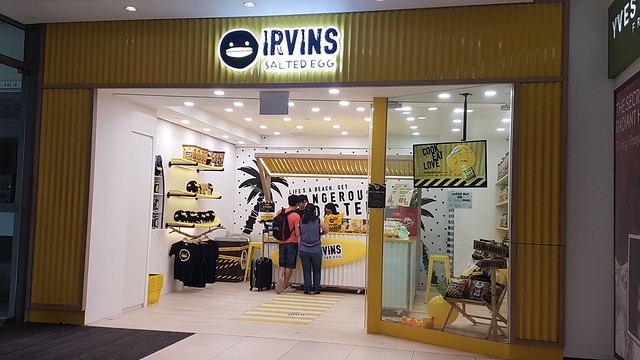 Irvin’s Salted Egg Chips are apparently all the rage back in Manila.

I’ll be in Singapore until tomorrow, but sadly I haven’t done any running because my right hip gave me grief yesterday and I had to forego a morning run today because of a meeting. Still considering running tomorrow, but I hate packing wet clothes 😛

I hear that exclusivity contracts are signed with a race organizer per region, and this one in Singapore also has the backing of the local tourism authority. But I would love for one of our Philippine race organizers to get the chance to do a Star Wars Run because I know our standard of race events is quite high internationally.