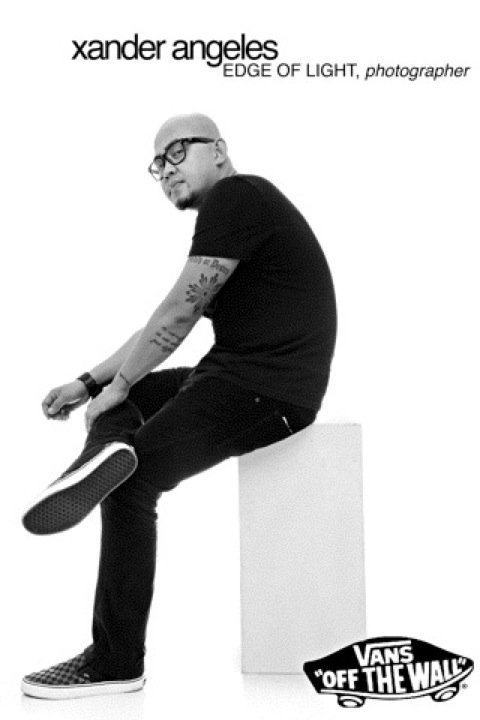 My podcast guest is Xander Angeles, a reknowned fashion photographer, creative director, converted party animal, and recently-minted marathoner. A mountaineer in his university days, he let his personal fitness slide as he rose in the fashion and social scene… until he had a health scare that led him to change his ways — but I’ll let him tell that story. I first met photographer Xander Angeles in 2006 when I was working at an artist management company. He was shooting one of the actresses we represented; I was her personal assistant of sorts.

Xander is known as a master of lighting

I next saw Xander again in 2012. This time, I was the one he was photographing (for the Lightwater campaign). The worlds of running and photography don’t usually intersect, but as I followed him through his social media accounts I saw him take up running and gather a group of people around him that would eventually become Run 365 (Instagram account: @run365ph). Little did I know the magnitude of running’s impact on Xander’s life until I caught wind of him planning to run the Osaka Marathon. So of course when he got back, I just had to have him on my podcast.

By serendipity he also happens to be in the November issue of Men’s Health Philippines, where he talks about his newfound lifestyle. Grab a copy on newsstands now! This podcast episode also contains an update from our friends at Globe Telecom, who have just partnered up with the NBA to deliver premium content from the world’s premier basketball league. With 75% of Filipinos identifying themselves as basketball fans, I’m sure some of you runners would be excited by this news. Now when you subscribe to GoSURF for P10/day, you also get a day pass for the NBA League Pass. New subscribers of Tattoo Home Broadband can get Plan 1299 that comes with speeds of up to 5mbps and NBA League Pass. Existing Tattoo Home Broadband subscribers can upgrade to this plan or avail of NBA League Pass for only P299/month. For more information, visit Globe.com.ph, follow Globe Telecom and Tattoo on Facebook, Twitter, and Instagram (@enjoyglobe and @choosetattoo)