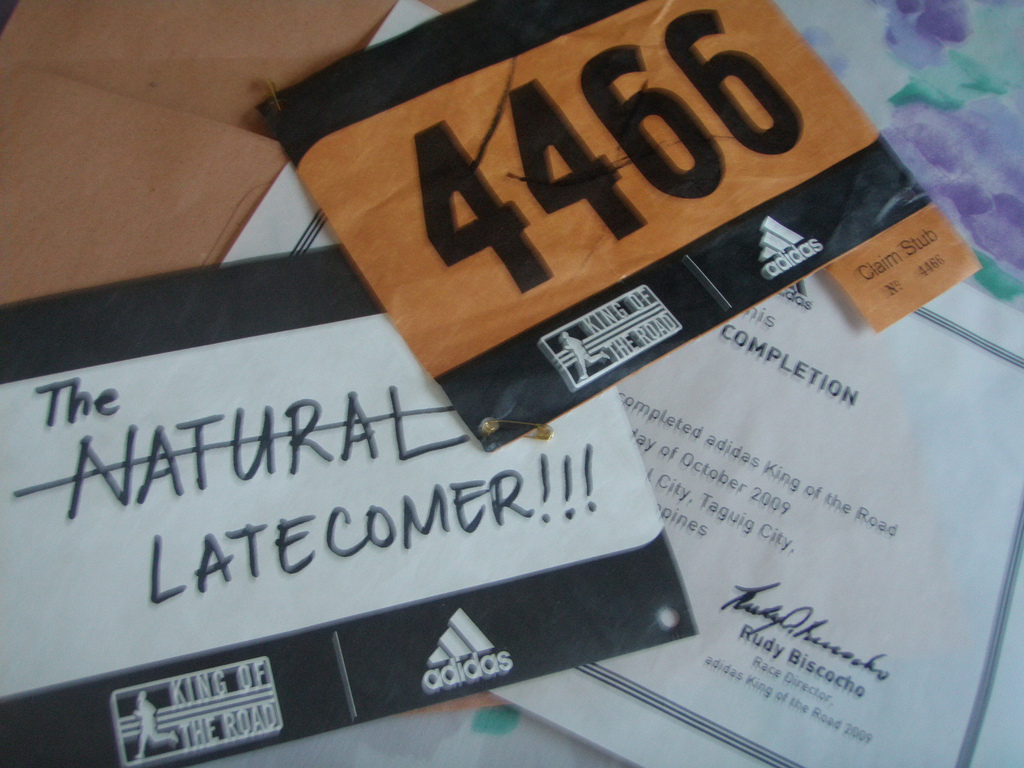 It sucks when you DNF (Did Not Finish) in a race, and reasons are usually physical. But reasons for DNS (Did Not Start) are more varied.

I asked “Have you ever not made it to a race you registered for? What are your causes of DNS (Did Not Start)?” on my Facebook Page, and here are some of the responses.

I’d rather be late than DNS!

Found out that same week that I was pregnant! Run United 2011 – Mary Elizabeth Ng Guce

Aww this is so sweet!

The organizer moved the race day to another day. It happened to me twice and worse in one of them I was in the starting line early only to find out that that the race day was moved to the following week. – Art Villasenor

@kikayrunner Took a nap on the sofa in complete battle gear, i even had my race bib on, and woke up late haha. Two words: alarm clock.

@kikayrunner DNS due to LBM.

@kikayrunner yes dns at RU3 2011..my dad died. On race day, we took his ashes to his fave beach. I wore my race gear and ran right there

Losing someone is never easy. But what a great way to honor him. =)

As runners we set our alarm clocks and expect to rise early and be at a race’s starting line. It becomes like clockwork. When we DNS, we’re reminded to be adaptable, and that life is more than just training schedules and miles logged and races finished. DNS happens. So we pause for a bit, acknowledge that life is bigger than just ourselves or any one thing (like running) that we might be focused on. Then we lace up our shoes and start again.

How about you? What’s your DNS story?

6 thoughts on “The Dreaded DNS (Did Not Start)”