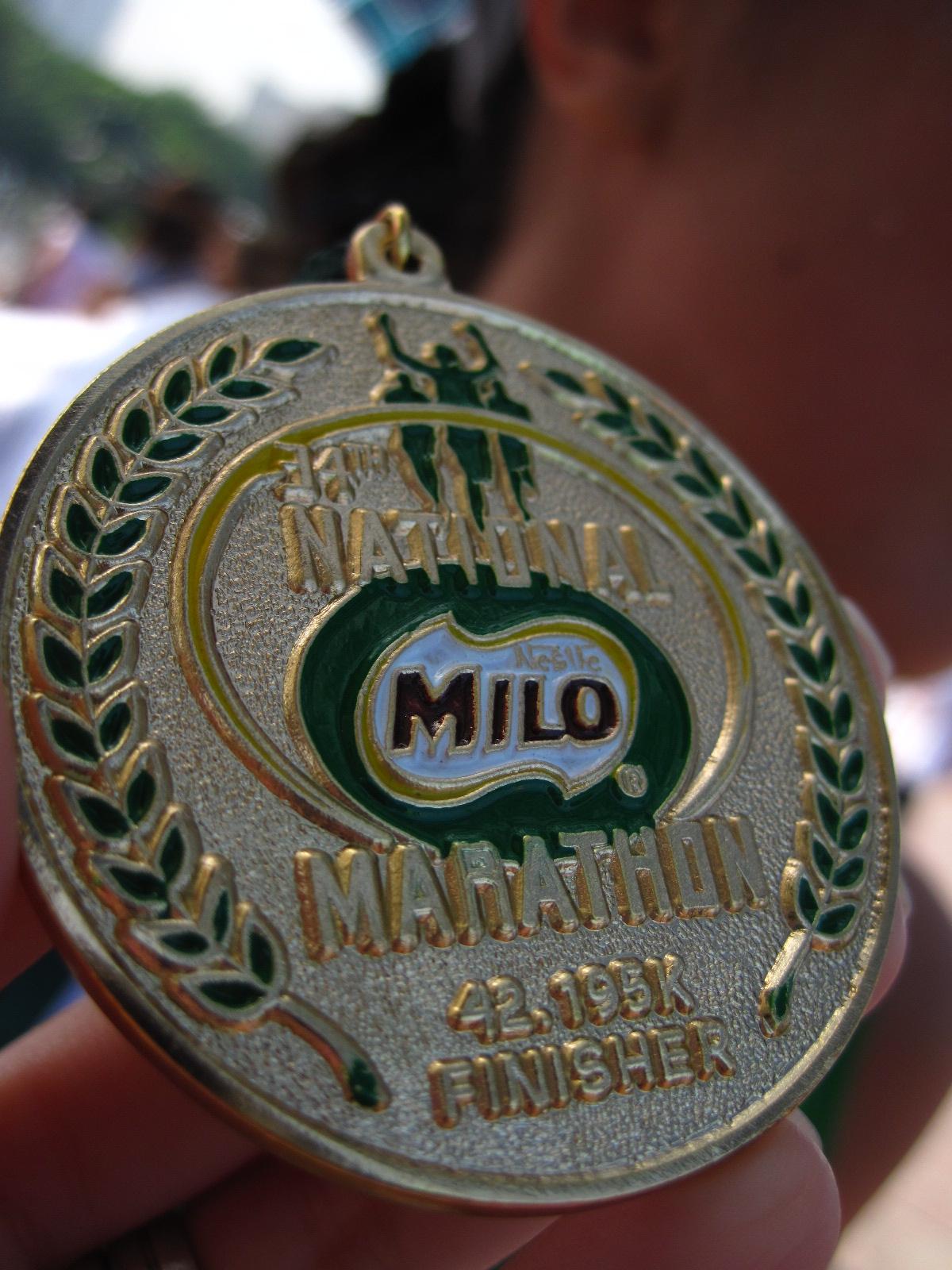 A few months ago a fellow blogger conducted an informal poll of the brand of sports drink runners liked having at races. Though I’m not very particular about this, there are some runners who experience stomach upset or simply don’t like the taste or feeling they get from certain sports drinks.

During my two Milo marathons last year, I was fortunate to have ice-cold Gatorade served on the race course.

Getting a cupful of Gatorade was always re-energizing and invigorating, and I felt an uptick of speed a few minutes after drinking some. Unfortunately for me I didn’t quite maximize using the Gatorade stations during the Milo Marathon finals and drank too much water, which probably contributed to the cramps I experienced on Kilometer 40. Thankfully I still finished within my goal time (under 4 hours).

As I received treatment with ice packs at the first aid station, there was another marathon runner also receiving treatment. She was a young provincial qualifier, probably not even in her 20’s. She had finished the race several places ahead of me, but hadn’t built up mileage properly; her legs were swollen and beaten as a result. The medic gave us bananas and bottles of Gatorade, instructing us to consume them all to help with the cramps. The girl, however, stubbornly kept her Gatorade bottle unopened and bananas uneaten, probably saving them for her family when she returned to her province. I tried talking her into drinking and eating, but she seemed as if she was in an incoherent haze. She was still sitting there when I left. 🙁 I dutifully did as I was told and was able to walk unaided to the baggage area after a few minutes. The cramps didn’t recur.

That’s why, for runners like me, it’s important to hydrate properly with an electrolyte-balanced drink during a race. Water just isn’t enough when you’re trying to fend off cramps or The Wall. That’s why Gatorade is such a great training and race drink for me.