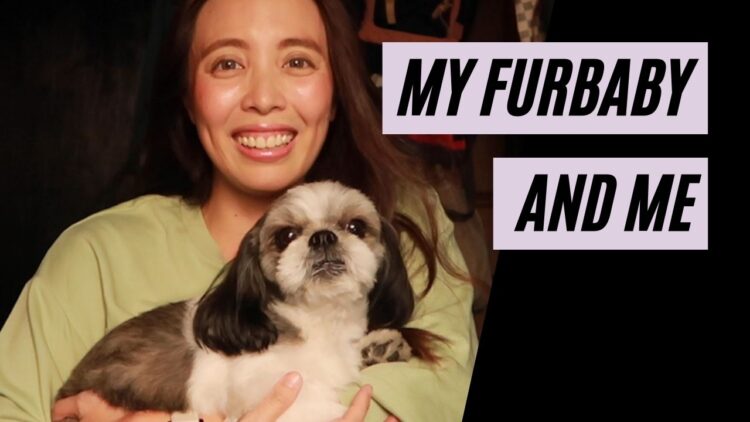 He’s been a sort of fixture on my social media feeds and sometimes also in my Youtube vlogs… but I just realised I’ve never introduced my dog. Everyone, meet Calvin (short for Calvin Klein).

A post shared by A Pup Named Calvin Klein (@cktheshihtzu)

He’s been a big part of my life since November 2018 when my family and I adopted him. His sister Gidget was adopted by my sister’s family and since we live with each other, the two get to hang out together often!

Calvin came into my life unexpectedly; we had already adopted Gidget from a family friend who owns Shih Tzus (but doesn’t breed or sell them). They were supposed to keep the puppy that would become Calvin, when suddenly they said we could have him.

Initially we were told that the puppy was female. The Shih Tzus from the family friend were all named after designer brands: my cousins have “Coco Chanel” and “Hugo Boss”. So I planned to call her “Givenchy” with the nickname “Chi-Chi” in keeping with the theme.

And then we found out it was a boy dog. At a loss for male designer names (I did not want to call him “Yves Saint Laurent” or “Ermenegildo Zegna”), I went with an homage to Back to the Future. In a case of mistaken identity, Marty McFly gets called “Calvin Klein” because that’s the name on his underwear; and so Calvin came home with us.

My family has always had big dogs living in dog houses outdoors, so when we moved into our condo we had to have our Labrador Retriever re-homed. Having Calvin changed my dynamic with dogs, because this was the first time I actually shared a living space with one. And now I can’t think of making any dog live outside.

I don’t know if you’ve been told that petting dogs relieves stress and lowers blood pressure, but here’s an excerpt from an article from Harvard Health Publishing:

A large study focusing on this question found that dog owners had lower cholesterol and triglyceride levels than non-owners, and that these differences weren’t explainable by diet, smoking, or body mass index (BMI). However, the reason for these differences is still not clear.

Dogs’ calming effect on humans also appears to help people handle stress. For example, some research suggests that people with dogs experience less cardiovascular reactivity during times of stress. That means that their heart rate and blood pressure go up less and return to normal more quickly, dampening the effects of stress on the body.

“Having a dog can help your heart — literally”, Harvard Health Publishing

To be honest, Calvin and Gidget came at a very emotional time in my family’s life. Having these puppies around allowed us to channel those emotions into giving them a good home, training them well, and raising them to be “goob doges”.

And then the pandemic rolled around. Having this furball of unconditional love at home, every day has a bit of laughter at his antics and general cuteness. Calvin definitely makes the good days better, and the dark days less dark. He is the sweetest dog ever, even if he doesn’t always come when he’s called.

So that’s Calvin’s story and mine as well. I just wanted to share him with all of you because he has been such a great part of my life, and he will be a part of my life for many more years to come.

A post shared by A Pup Named Calvin Klein (@cktheshihtzu)