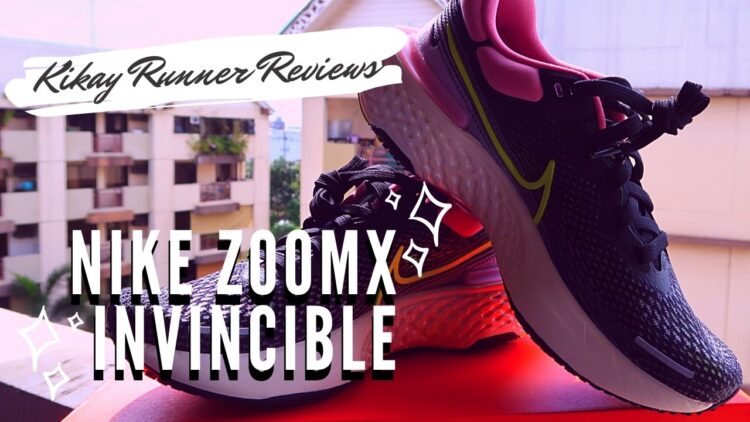 I found it quite strange that Nike would launch two shoes geared for long runs at the same time, but it gave me the perfect opportunity to compare between the Nike ZoomX Invincible and the Nike React Infinity 2.

What I found was that they are both meant to keep people running and avoid injury, but using different mechanisms. This was linked to the kind of material used for each shoe’s midsole.

As Nike’s first shoe with a full-length ZoomX midsole, the Invincible was initially mistaken as another speed- and tempo-oriented shoe like the other shoe models that feature ZoomX. I got many questions in particular whether it could be a lower-end replacement for the Alphafly, Vaporfly, or Tempo NEXT%. The answer is a definitive NO, because that’s not what it was built for.

Foams aremerely material. It is in how a shoe company uses the materials at its disposal that shapes the feel and performance of a shoe. I think this pure ZoomX midsole highlights just how much cushioning and energy return the material endows a shoe.

Watch my vlog review below, or scroll down for the crowd-sourced questions I answered in it.

Would you recommend the shoe to flat-footed runners? – It depends on whether the runner prefers stability, or a more neutral running shoe. While the wide midsole prevents ankle rolling, that’s the only stability feature the ZoomX Invincible has.

Does it sacrifice stability for cushioning? – I don’t think it was meant for stability in the first place. It approaches the problem of injury prevention by adding more cushioning without increasing the weight of the shoe.

How is the traction and cushioning? – I really like the ZoomX cushioning! As for traction I really haven’t put these shoes through their paces in the wet and slippery, but I think Nike blown rubber outsoles are pretty grippy anyway.

How does it feel compared to Nike carbon-plate running shoes? – They feel very different because of how my foot sits in the ZoomX Invincible compared to the Tempo NEXT%. Also, the carbon plate adds some stiffness which doesn’t exist in the Invincible.