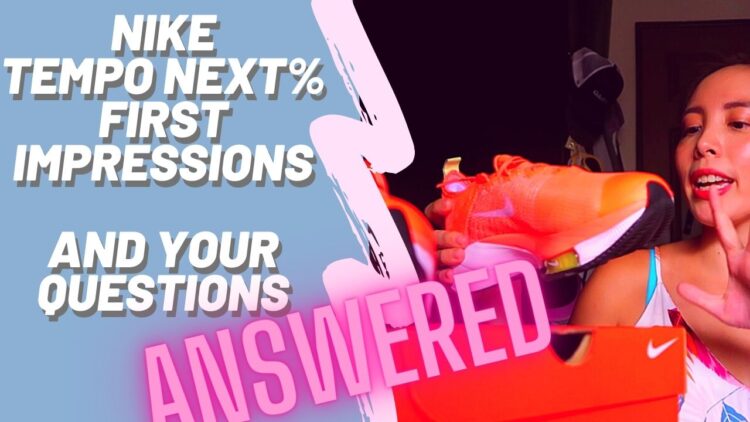 I got my seeded pair of the Nike Air Zoom Tempo NEXT% this week, which meant I just had to take them out for a short run. I wanted to know if the hype was real, because even if these aren’t the Alphafly NEXT%, the Tempo NEXT% are built on the same platform and are supposed to be the trainer shoe version of the shoe that propelled Eliud Kipchoge towards a sub-two hour marathon.

Friends, I was not disappointed. The Nike Air Zoom Tempo NEXT% definitely gave me a speed boost (that I somehow felt I didn’t deserve due to how crap my training has been all year). I felt it most on long straight flat sections of my 500-meter home loop, where I felt like I could run forever and really keep building speed. Due to the stack (sole height) on these shoes I didn’t feel quite stable enough to lean and bank on the turns, but otherwise I was running faster and with less effort than usual.

Anyway, I asked my followers and readers to submit any questions they had about the shoe, and I answered them in the following vlog. Scroll down if you want a written version of the Q&A.