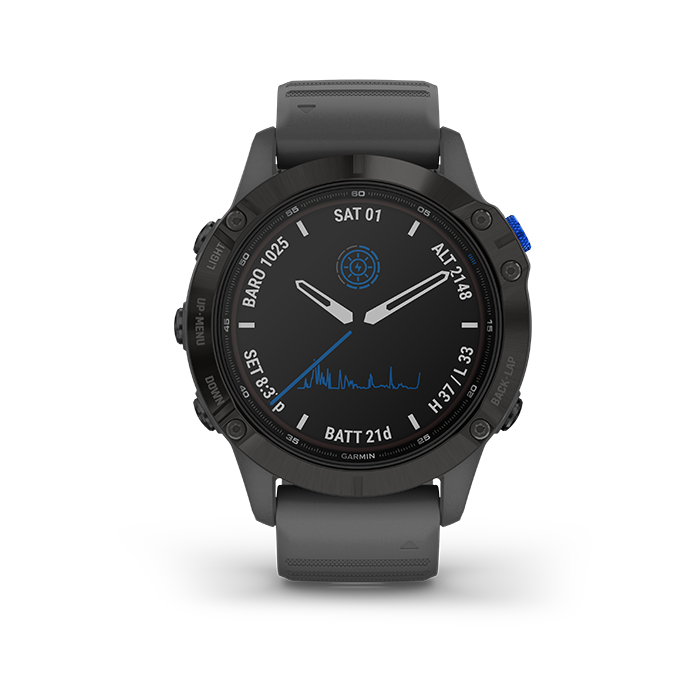 When Garmin launched the fēnix 6X Pro Solar last year, it was a portent of things to come. Garmin has just launched an entire range of smartwatches that take advantage of its patented solar charging technology called Power Glass™.

Unlike other solar-powered watches that use converted solar energy for single functions such as time, Garmin is the only watch to use solar energy to power its various sports activity modes, sensors and health monitoring features. The conversion rate from solar to electrical energy is up to five times the industry standard. Garmin’s solar panel design also works even in partially shaded or covered situations (such as when clothing or dirt blocks the light). The Instinct Solar in Battery Saver mode can even go on indefinitely without needing to be charged from a wall socket at all! This is good news for environmentally-minded people because Garmin’s solar charging tech reduces carbon emissions by up to 59 percent compared to other smartwatches.

The Instinct Solar and Instinct Solar – Camo can go up to 24 days in smartwatch mode indoors, and over 54 days with sufficient solar exposure. They also now have Body Battery and Pulse Ox features so you can track energy levels, recovery, and blood oxygen saturation levels.

Fashion and lifestyle blogger David Guison has an active urban lifestyle, which is why he sports the Instinct Solar that complements his constant wardrobe changes. He says, “I have so many gadgets with me all the time, my Garmin solar-powered watch allows me to save time and energy. I also love that I can pair the watch with my phone for fun, seamless usage! I don’t have to worry about its toughness in any kind of sports activities. Plus, it has smart notifications that makes it convenient for me to get messages any time.”

Showbiz news anchor Gretchen Fullido sports the fēnix 6S Pro Solar. A former champion collegiate swimmer who has adopted triathlon training to keep herself fit, she says the solar-powered functions have saved her outdoor workouts many times since she frequently forgets to charge her smartwatch. She admits the fēnix also comes in handy during this pandemic due to its Pulse Ox measurements (low blood oxygen saturation is a symptom of COVID-19 infection). Gretchen shares, “Even the sleep tracker and the steps tracker features help me stay active and aligned with my goals.”

Two-time SEA Games gold medalist in triathlon Nikko Huelgas is a longtime Garmin user and also wears a fēnix Solar. (Multisport functions aren’t supported by the Instinct series, so for triathletes who want to go solar, the fēnix is your go-to.) The current chairman of the Philippine Olympic Committee Athlete’s Commission, Nikko says, “Staying active during the pandemic is my utmost priority… I love the extra battery life.”