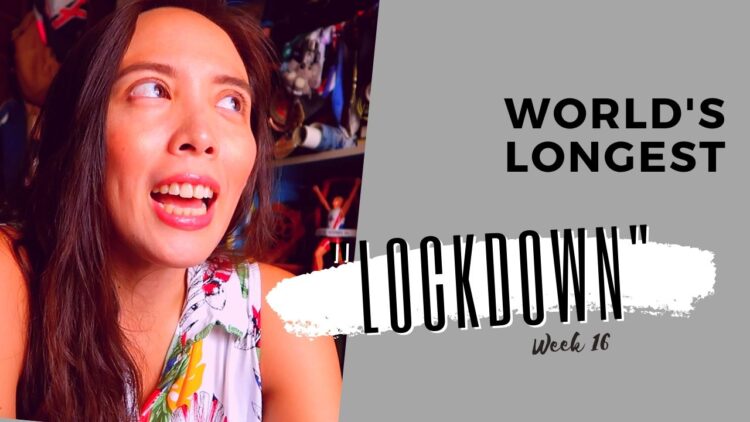 And now live from Manila… it’s the longest lockdown in the world!

Welcome to the end of Week 16 of quarantine, where it feels like the country’s about to go off a cliff during this global pandemic.

It’s hard not to feel bad, as if our efforts from the past four months have been wasted. Filipinos have on the whole been the most compliant in the world with some of the strictest quarantine measures undertaken, and yet we’ve hit 60,000 COVID-19 cases way in advance of data scientists’ predictions for the month of July.

But that’s because major parts of what made other countries’ efforts to contain the spread of the virus so effective — testing, contact tracing, effective isolation — have yet to be implemented properly. But that needs to happen on the government’s end of things. However, it’s like they have other projects deemed more important…

In the grand scheme of things it does feel like I have shallow concerns, like our condo pool getting shut down again ’til further notice because they want to prevent community spread (two new cases were announced in the community), or the continued postponement and abandonment of mass participation races in the country. There are people who have lost their livelihoods, loved ones, and more. It’s my responsibility as a citizen to demand better, or even simply just what is due us all,and that is: a better response to COVID-19 than what we’ve gotten so far.

Anyway I’ve vlogged a summary of what’s happened the past week, which include:

My real concern is that as the rest of the world begins to find its feet again and reopen, the Philippines will be left behind as “The Sick Man of Asia” anew.

Watch my vlog below: