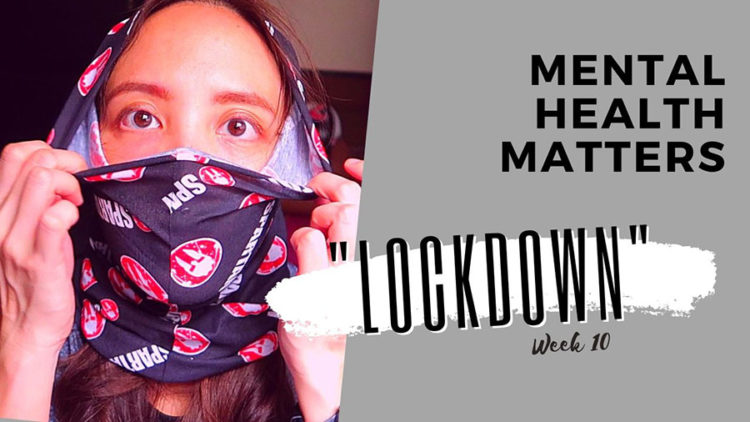 The other Monday, RUNNR posted a feature about me as part of their “Mental Health Matters” campaign, and it was a pretty timely thing to address because I was actually going through something. We still are, as a family, because we lost our grandmother to a massive stroke in the first week of May and we couldn’t even gather together due to the quarantine measures in place around the country.

I started running 11 years ago as a way to lose weight and also to achieve something. Three marathons, an ironman, and countless races later, I thought my need for running was purely for physical fitness. Then the world went into lockdown.

When we were prohibited from running outside, I thought I could make do with other forms of exercise: cycling on an indoor trainer, yoga, or high-intensity interval training. But when my grandmother passed away two weeks ago due to a stroke and we couldn’t even gather as a family to grieve together, I realized how much I rely on running to help me mentally and emotionally. That’s when I started jogging in place at least twice a week, visualizing running outdoors through Zwift. It’s not the same physically, but it comes close enough mentally to give me the same benefit.

I think movement helps so much especially when we feel stuck in a rut. It’s okay not to be okay. We need to prioritize our mental and physical well-being equally, to seek a sound mind in a sound body.

When Metro Manila transitioned into the Modified Enhanced Community Quarantine, certain forms of exercise were allowed outside such as running and cycling. This was an even greater benefit to my mental state than just jogging in place indoors, and I’m definitely in a better place for it now. That’s the reason I believe it was a helpful and healthful move to allow people to exercise outdoors while observing distancing and masking measures.

You can watch the full vlog below:

In this vlog I also explain how I fit my Headware buff to become a sort of balaclava over my nose and mouth. I’m so happy I kept a few of the ones I received from events through the years, but I’m also looking forward to trying another brand of sports mask in a few weeks’ time.

How are you holding up after ten weeks of quarantine? I find that talking about the feelings really helps blow off the steam and bring some perspective.