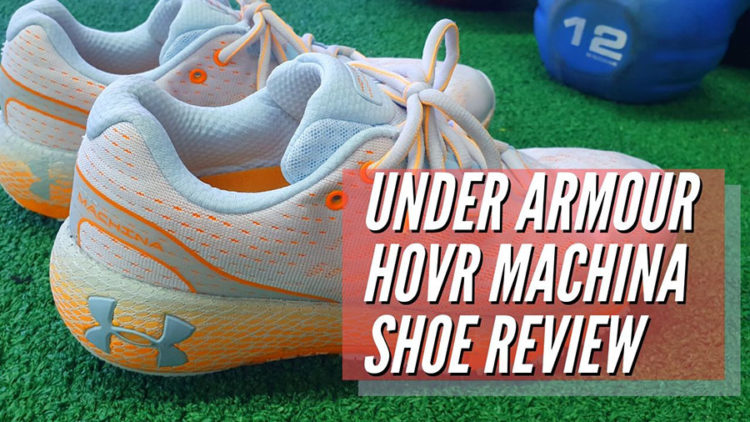 I received my pair of Under Armour HOVR Machina shoes about a week before the Community Quarantine period was announced last month. So I think that’s given me plenty of time to run in them in my condo complex parking garage — about 50 kilometers of running in them exclusively.

(To refresh your memory about the HOVR Machina’s specs, check out my First Look at the Under Armour HOVR Machina post here.)

There’s plenty to love about the HOVR Machina’s form factor as well as how they perform. Here’s my vlog review:

They are a great daily trainer that can go from easy run all the way to tempo pace with no lag or heaviness in my stride. While they may look a bit chunky (thanks to that HOVR bubble-looking midsole) and have some substance when you hold them in your hands, on feet the Machina shoes practically disappear. They are also a good fit with my run technique, which relies less on springiness and bounce and more on fast turnover through picking up my feet.

In comparison with the BOOST and React shoe models I already own, I found when running with all three in a single session that the BOOST felt “dead”, the React felt stiff, while the HOVR established itself as Goldilocks: “just right”. The cushioning and energy return in the HOVR midsole gets a bit of help from the carbon-filled Pebax Y-shaped shaft that runs the length of the sole.

Under Armour also wants to push the Connected feature and channel people into using their MapMyRun app. The running metrics such as foot strike angle, stride length, and ground contact time that the app churns out from data gathered by internal pods in the shoes are definitely impressive, but the app usage is not a selling point for me since I already use so many other platforms to record and analyse activity data. In particular, while the shoes are touted for their capability to track your activity even without an active connection to the app and your phone, sometimes the shoes don’t track sessions at all without the app.

I’ve already previously discussed why I feel it’s quite wasteful to throw away the internal pods along with the shoes when they’re past their life cycle, and it frustrates me that HOVR shoes no longer come in a non-Connected version (which were cheaper, when UA used to make both kinds). The shoe itself is impressive, but I wouldn’t pay the P2,000 premium when I don’t have plans to use the MapMyRun app or the Connected features.

The best part about the HOVR Machina is that it’s designed to be a daily trainer, not just a shoe you take out on race day. In fact, when this shoe was launched back in March, the Under Armour ambassadors and sponsored athletes said they used their Machina shoes daily. This bodes well in bang-for-buck analysis, because these shoes don’t come cheap at P8,595.

In all, I’m happy that Under Armour has come out with a really great running shoe. I just hope they don’t shut out potential users just because they want to push usage of their apps.