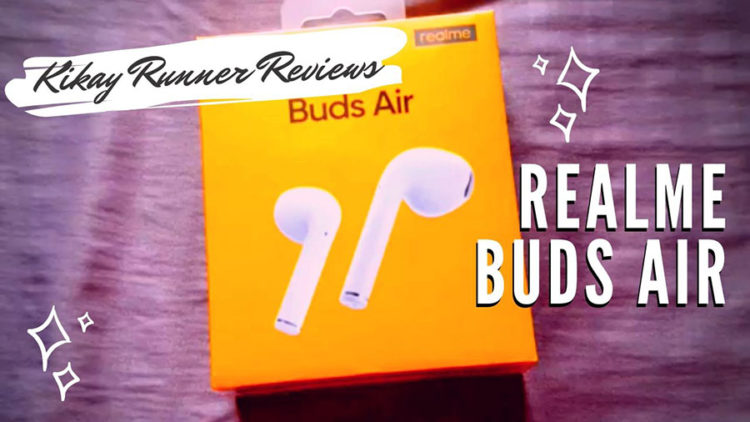 These days, I motivate myself through training by listening to music or watching TV shows or movies. (The only time I don’t is when I’m swimming, but who has time to be bored when you’re trying to avoid drowning?) Naturally since I don’t live alone I need to use some kind of earphone to keep the sounds to myself.

While I do have wired earphones, lately I’ve gravitated toward wireless earphones simply because there’s no risk of me hitting the wire and causing my phone or tablet to go flying across the room while I’m running on a treadmill or riding an indoor trainer. I’ve gone through different kinds of wireless earphones, but in the last few years there’s been a shift to what’s called TWS: True Wireless Stereo. This means two independent earphone buds can be paired and used together without needing a wired go-between.

Of course, there’s a very well-known and expensive type of white TWS earphones on the market, but I’ve been exploring the budget side of this market for some time. Enter realme Philippines, which seeded the realme Buds Air to me at the beginning of February for me to try out, enjoy, and comment on. At the price point of P3,999 I would probably have ended up buying a pair eventually since the generic ones I’d tried either had crappy battery life or were missing some essential functions.

Let’s get down to the specs:

Also, here’s a comparison between the realme Buds Air and the more well-known (and more expensive) Apple Airpods.

So, what did I think of the realme Buds Air? Check out my vlog below:

Pros of the realme Buds Air

One, the earphones have very good battery life, especially when used in conjunction with the charging/carrying case. In the three weeks I had the Buds Air, I only charged the case twice. While the earphones themselves have enough juice for three hours of use in one go, I never really had the need to wear them any longer than that. (Listening to music for hours can get tiresome!)

Two, they’re sweat- and water-resistant. Previously while I was researching the Buds Air I saw in their Amazon India listing that they were rated IPx5 (water-resistant), but now I can’t find that. However, I’ve seen other reviews that state it is rated IP68. In any case, don’t go swimming with them. But if you do get caught in a rainstorm like I did in Jakarta last week, you don’t need to be worried that they’ll short out on you.

Three, they’re compatible across many different devices and operating systems. I use an Android phone, an Apple iPad, and a Garmin Forerunner 945. On all three of these I was able to control the realme Buds Air with no problems and no drops in connectivity.

Cons of the realme Buds Air

One, the entire surface is plastic without any silicon ear tips for comfort, so if your ear canal is shaped differently to the standard shape (either larger or smaller), you might be out of luck. On me, there was rarely any slippage except when I hadn’t put them in correctly.

Two, the touch controls can be quite sensitive and get triggered accidentally. For instance, if I adjusted an earbud I could cause my music to stop playing (this happened on more than one occasion). It took me a while to remember that two taps meant “Play” while a long press meant “Stop”.

I definitely think at this price point, it’s great value. With a brand like realme standing behind this product (instead of a generic), you’ll also get great aftersales support.

The realme Buds Air has definitely found its place supporting my active lifestyle, and I’m looking forward to continuing to use this in many training and racing seasons to come.

For more information on realme products and where to purchase them, log on to the realme Philippines website.