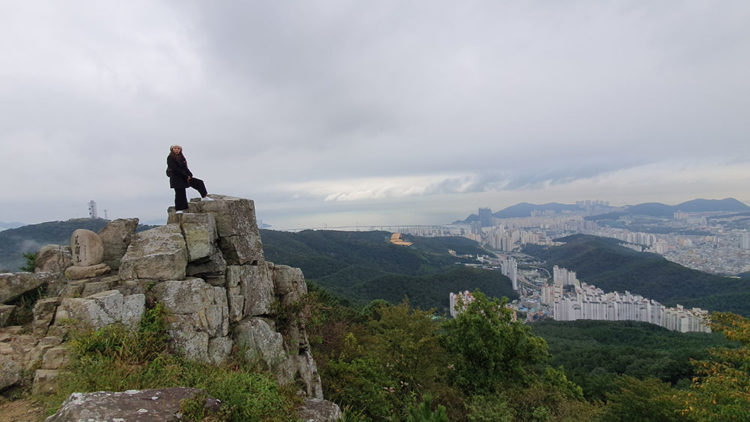 OK, so actually that’s clickbait. Haha! I did stand on top of a mountain, but we drove most of the way up. And that was only one part of my overnight adventure in Busan.

After the cancelled Ironman Gurye, my friends and I proceeded to travel to Busan where I spent the better part of one day and a night being guided around by my TAKBO.ph and blogger friend Rodel (who used to write on Argonaut’s Quest). Rodel has been based in Korea for years, already has a rudimentary grasp of the language, and considers himself a Busan local. He took us to some of his favorite places.

Check out my vlog below:

While this is part of the tourist route, the Haedong Yonggung Temple is still a great place to visit because it’s the only temple in Korea by the seashore. It was made even more picturesque by the strong waves that were the last remnants of Typhoon Tapah.

Haedong Yonggungsa Temple was first built in 1376 by the great Buddhist teacher known as Naong during the Goryeo Dynasty. Haesu Gwaneum Daebul (Seawater Great Goddess Buddha), Daeungjeon Main Sanctuary, Yongwangdang Shrine, Gulbeop Buddhist Sanctum (enclosed in a cave), and a three-story pagoda with four lions can all be seen looking out over the ocean.

The main sanctuary of the temple was reconstructed in 1970 with careful attention paid to the colors that were traditionally used in such structures. On the right-hand side, inside the a cave, is a uniquely designed Buddhist sanctum, while situated just in front of the main sanctuary is a three-story pagoda with four lions. The four lions symbolize joy, anger, sadness, and happiness. Other special sites at the temple are the 108 stairs and stone lanterns lining the rocky landscape. After going down the 108 steps, one will be delighted with the beauty of the temple. Midway down the 108 steps one can stop and enjoy the calming sounds of the waves, and view the majestic sunrise. 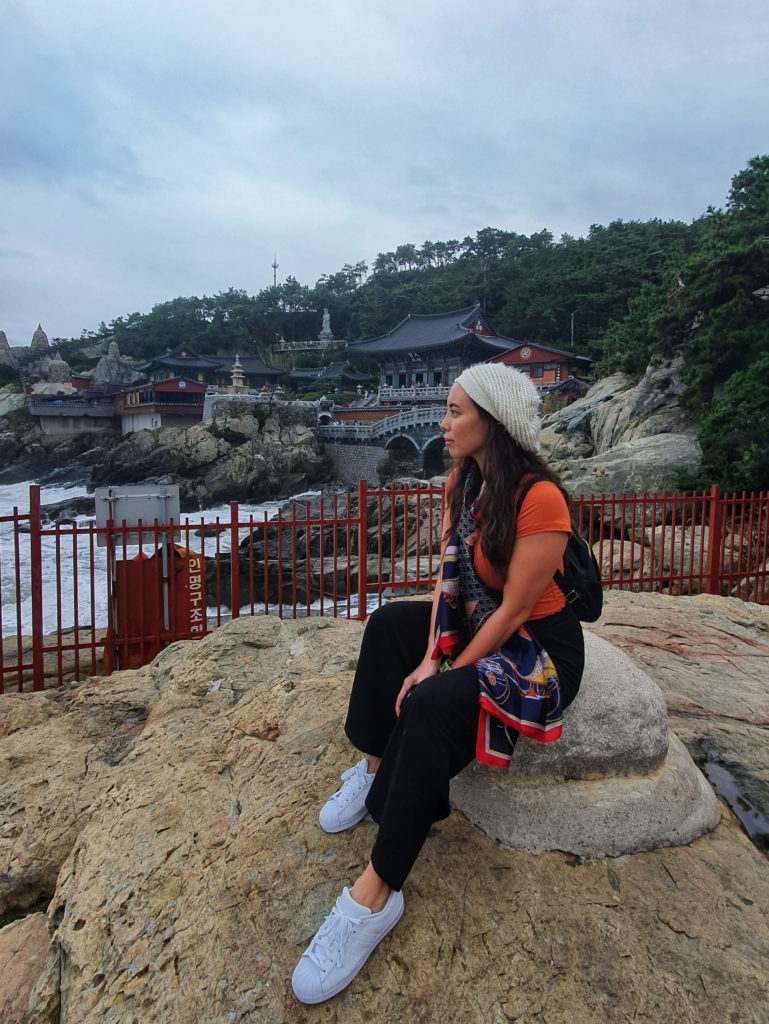 We didn’t see a lot of tourists come up the mountain. The rain and fog which had rolled in when we arrived in Busan cleared up just in time for us to get to the mountain’s craggy peak which is 427 meters above sea level.

Hwangnyeongsan Mountain is located in the heart of Busan and stretches across Busanjin-gu, Nam-gu, and Suyeong-gu Districts. With an altitude of 427m, the mountain is the second highest mountain in the Geumnyeon Mountain Range. The mountain is mostly made up of andesite and the summit is relatively flat. Some parts of the mountain are also characterized by exposed bedrocks. 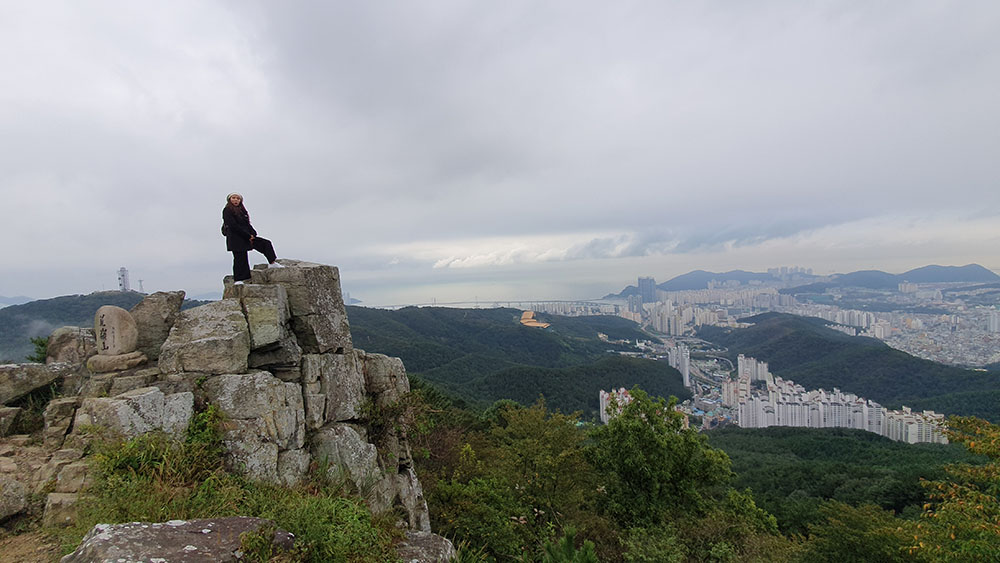 Rodel lives in the area called Saha, and it’s within spitting distance to many run and cycling routes established throughout Busan. On our short 5-kilometer easy run he took us toward the Nakdong Estuary Eco Centre, which marks Busan’s efforts to maintain space for wildlife even amid their urban sprawl.

Despite being home to the bustling Port of Busan, the Nakdong Estuary is also internationally important for waterbirds, despite recent ecologically-destructive developments including reclamation for housing and industry (e.g. the Busan New Port), the ongoing construction of a major bridge (the Miyeonji Bridge) and most recently the threatened construction of the Korean Grand Canal project.

It was a pretty interesting and scenic highlights tour of Busan and I was so happy that Rodel could accommodate me and a few more friends even just for one day. While Seoul was the start and end point to my trip in Korea and I would head over there the next day, my short tour through Busan was enough to whet my appetite and have me saying: “I’ll be back.”