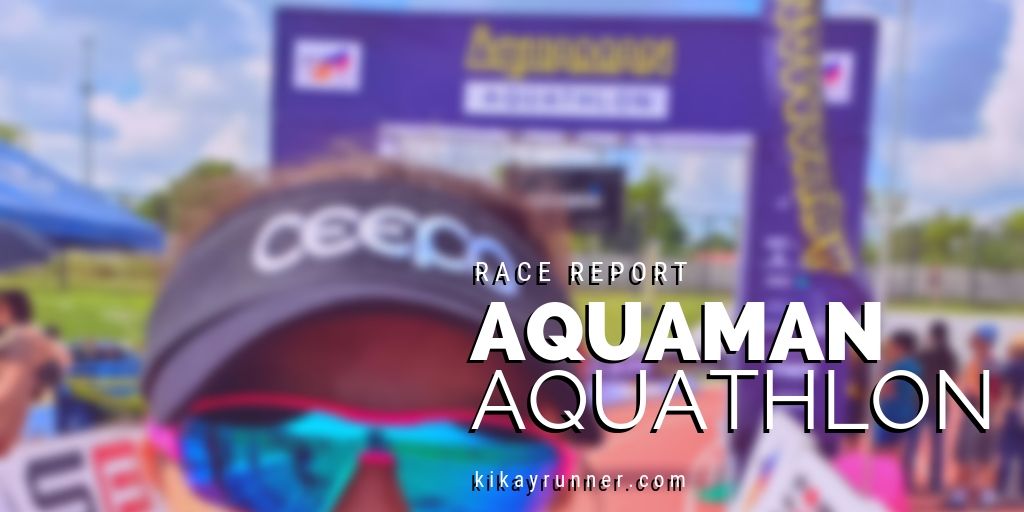 This is definitely a year of circling back to beginnings. The first time the SBR.ph Aquaman Aquathlon was held in 2013, I was building up to my first half-ironman. The focus on the swim and its effects on my final standing pushed me to (finally) hire a swim coach to make my swim less of a liability, and since then my racing has been all the better for it.

Six years later, I’m back racing Aquaman and trying to rebuild my triathlon fitness. The race event itself has grown so much; this year there were more than 500 athletes which makes it the largest Aquaman Aquathlon ever. What astounds is that there were so many young and fast athletes in attendance (not including the new Aquakids category). But even if it brands itself a race for those new to multisport, Aquaman still delivers a welcome challenge to those of us who’ve been in the sport for some time — because really, the challenge is in doing the best you can anyway, whether you’re there to compete or to complete.

So, let’s get to the race report…

I left for Vermosa Sports Hub in a rush, panicked that I’d missed my wake-up alarm by an hour. Still, thanks to the light traffic in the wee morning hours I managed to arrive just a little before 5am to grab a good parking spot, get my race kit before the long lines formed, and set up my transition all before sunrise. And what a beautiful sunrise it was. Too bad it was a harbinger for how hot the rest of the morning would be!

This year’s race had Lite, Full, and Aquakids categories, and I understand it was a balancing act for the organizer to figure out when to start each race. There’s only so much space in a lap pool, hence leading to wave starts separated by 15-minute intervals. My gunstart with the female Full participants aged 30-34 and 35-39 was at 7:30am, so I had plenty of downtime to visualize how I would handle each part of the race, nearly fall asleep in my seat, and watch a few wave starts (in that order).

Finally, it was our turn in the pool and I positioned myself up front. (I’m not a great swimmer, but I find that if I put myself too far back in the pack I find it difficult to overtake other people.) So off the horn went, and the faster swimmers hurtled ahead while I focused on keeping my breathing and pace steady. It was going to be 400 meters, then get out of the pool and get back in to do another 400. In my first loop still managed to catch up to the tail end of the previous wave doing their second loop in the pool, so I was doing pretty well for my capabilities.

I knew there were others from my wave start ahead of me. Based on the official results, there were four who’d gotten out of the water first. I hightailed it through transition with the wave’s fastest one, allowing me to overtake two competitors. It was time to hunt down two more.

The time of day was 8:30am. The sun had been up since 5:30, and with nary a cloud in the sky it made for a scorching run especially since Vermosa has no shade trees grown yet. That entire 5K felt like I was running with a fever. I had to take down the top of my one-piece tri suit, shove ice cubes down my shorts, and douse myself in water at each aid station just to bring the level of discomfort down. It was really just about managing the suffering so my body could keep moving forward and my brain wouldn’t switch to Quit mode. But it was good enough to get ahead of one more competitor and finish second in the wave. The athlete who topped the wave was ahead by almost three minutes, but she was in a younger age group 😉

The Aquaman Aquathlon 2019 results are available for download, so I crunched the numbers to find out how I did against the entire women’s field. Swim – 20th, Transition – 8th, Run – 9th, Overall – 8th.

Even though our SEA Games gold medalist Claire Adorna came out on top overall and in her age group 25-29, there are many promising young athletes coming up and I’m excited to see how they develop in the years to come. Two athletes in the Top 10 were aged 15-17, and two aged 18-24. All I can say is I’m glad I’m older, LOL.

I’m also racing the next two events in the SBR.ph Tri Series. Next month it’s Duaman Duathlon, and in July we culminate with Triman Triathlon. They’re short races, but still so satisfying to do.