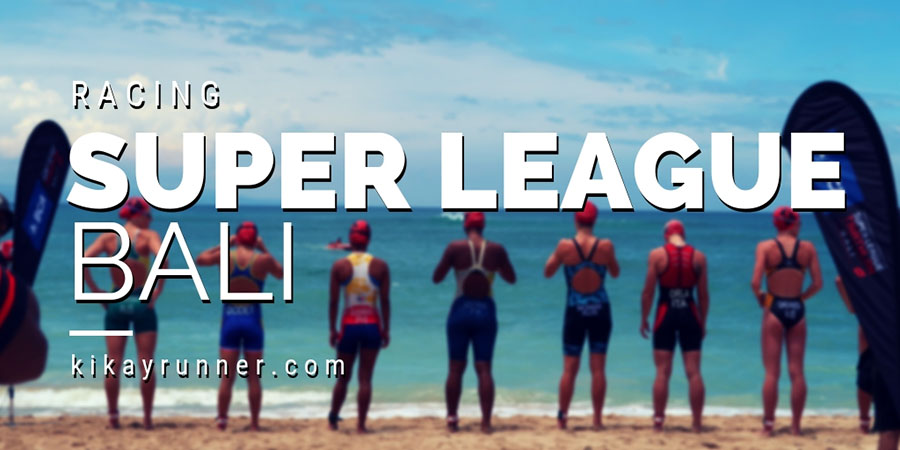 It took a little while longer than I expected, but my Super League Bali vlog has finally been uploaded! I love being able to take viewers and readers on my journeys, and this one was very special to me.

Last year I really meant to visit Bali just for a holiday, but I guess this year was the perfect time for everything. I got to squeeze in some sightseeing and also take part in a historic moment for multisport on the island. Hopefully, the race returns next year. There’s nowhere to go but up!

Check out my vlog below:

This vlog also includes my side trip to Seminyak as well as my day tour to see the Gates of Heaven (Pura Lempuyang), the Water Palace (Tirta Gangga), Tukad Cepung Waterfall, and Tegalalang Rice Terraces and Bali Swing.

Super League now heads towards Europe (Poznan, Poland) and North America (Penticton, Canada) for the next two pro qualifiers which will also feature age group races including half distances. The championship series proper will start in September in Jersey, and I’m sure they will announce a few more exotic event locations quite soon.

Honestly, I’ve had a blast at the past two Super League Triathlon races I’ve gone to, despite growing pains which are understandable especially in venues that have never held a major triathlon before. I wish the Philippines had partners who could bring a Super League Triathlon to our shores! Locally, we are so obsessed with going long-course, but there is plenty of challenge to be found in short-course racing — and the potential is there to find our future sporting hopes.

From the age group race wrap I wrote:

With more than 90% of participants coming from Indonesia, the local endurance community has embraced and owned this event in its inaugural year — and it portends the start of greater things.

“Thinking of world champion Flora Duffy from the little island of Bermuda, she said in an interview once, had a triathlon not come to her nation when she was a young schoolgirl, she would never have taken up the sport… We believe by bringing events like this that speak to the youth, we’re five or six years away before maybe seeing an Indonesian local in the Championship Series which would be amazing.”

Now that I’m back home, I’m gently coming down from that race high. Racing Super League as an age grouper allowed me to knock off the rust from the past two years and realize I still have so much more to enjoy from this sport I love.