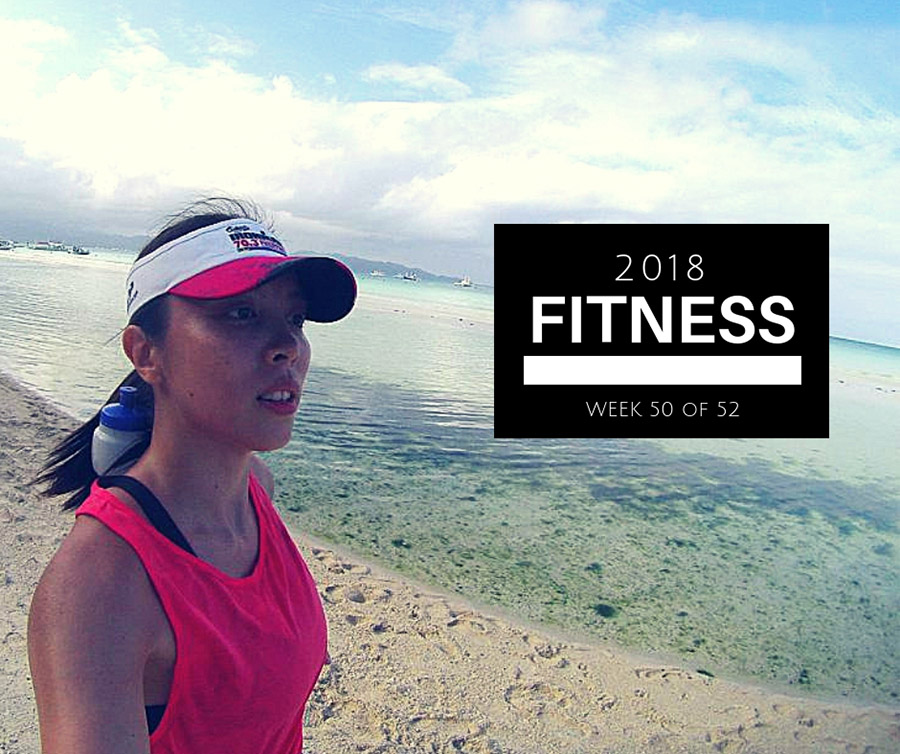 When I think of how well I did with my fitness goals this year, I see that I was generally able to exercise consistently, fend off further weight gain, and build strength. My biggest failure has really been in sleep — quality as well as quantity.

Given the particular rhythms of life in this household, I don’t have much reason to get up earlier than 7am or go to sleep earlier than 10pm. Up until a few months ago, I would care for my nephew in the morning, then go to the gym by midday, and after completing work from home in the late afternoon to early evening spend quality time with family members who would get home around 9pm.

Unfortunately for me, this meant shutting my eyes around 1am when my body would finally wind down. If I had an extra cup of coffee during the day, I wouldn’t be able to sleep until 3am. But I couldn’t make up for the late bedtime because I would be unable to sleep in.

(I generally have been able to sleep earlier when I’m solo traveling, and I’m motivated to do so because I need to get up early to run anyway. Haha.)

So, looking back on my Fitbit sleep data, I’ve been sleeping an average of five to six hours a night. If I went too hard exercising, I was rewarded with disturbed sleep and even less quality shut-eye. If you watched my One Week with the Fitbit Charge 3 vlog, I referred to feeling under the weather because I hadn’t been getting enough sleep.

I may have gotten away with less recovery time when I was younger (because sleep is recovery, of course), but this body nowadays isn’t too forgiving. So, after averaging only five hours and 39 minutes of sleep last week, well now I’ve got a congested nose. It’s nothing that won’t go away after a decongestant tablet and a good night’s sleep, but I also have to be very careful of how hard I push myself working out. One rough session and I’ll be down and out for the week, ugh.

Even if you’re an athlete in offseason and don’t need to get up early in the morning to train, it’s good to get to bed early because that’s the surest way to getting enough sleep to stay healthy. So in this very busy holiday season, let me be the one to remind you: get some sleep!