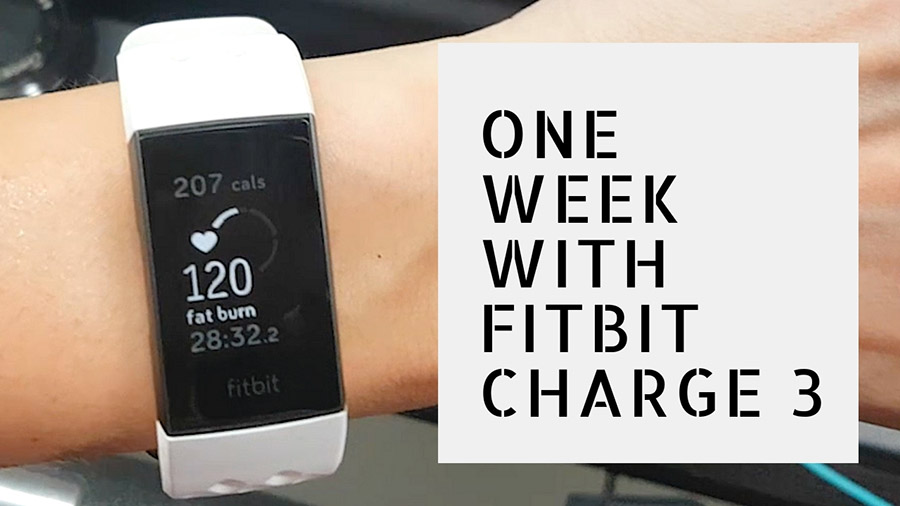 I got my introduction into the Fitbit fitness tracker ecosystem with the Charge HR, the first tracker they introduced with a real-time 24-hour heart rate monitor. Then Fitbit sent me the Charge 2, which I reviewed in due course as well. But with the Fitbit Charge 3, I really think they’ve hit the mark and given me everything I need in a fitness tracker.

I’ve been doing these reviews for some time now, so I decided to do something different and show you the process — how I live with and integrate into my daily life a product I’m reviewing. So, here’s One Week with the Fitbit Charge 3:

There’s nothing too revolutionary about the Charge 3 versus the Charge 2, except for the fact that it’s now waterproof! Water-resistant up to 50 meters, you can now take this with you during activities on the water like swimming, surfing, and stand-up paddleboarding without being paranoid about ruining the device. (Just don’t forget to take it off if you’re going on a dive!)

The screen is now also truly a touch screen, versus Charge 2’s tap sensitivity which allowed you to flip through the displays but not really control the device by its screen. They’ve also improved legibility by using a grayscale display, protected by a Gorilla Glass 3 screen (a design spec adapted from the Fitbit Versa).

I have to tell you, I really like the Charge 3. Although I did have to sacrifice all the nice watch bands that I’d bought for my Charge 2 since they’re not compatible, that was easily remedied by buying a third-party watch band off Lazada. (The official woven and leather straps from Fitbit look really nice, though.)

My only complaints about the Charge 3 were software-related. First, with the latest updates to the Android OS, the Fitbit mobile app has to request a few permissions (like Location and Background Data usage). If you’re not careful setting up the app you could inadvertently skip through those permissions, causing sync problems like what I encountered during my testing period.

The second software-related one was how the Charge 3 recorded swim activity. Nobody really swims nonstop unless they’re doing a time trial; instead, there are intervals and rest periods involved. The Fitbit Charge 3 only registers the amount of time you were in motion in the water, and the app doesn’t give you a breakdown of pace. So it’s great if you’re just looking to log a certain number of lengths in a pool (like the people who do 20 laps daily as exercise), but not so great if you’re actually tracking performance.

But then again, the Charge 3 is a fitness tracker, not really a dedicated swim/bike/run watch. It helps you track general fitness and exercise, and motivates you to stay active. In that respect, the Fitbit Charge 3 fits right into my lifestyle.