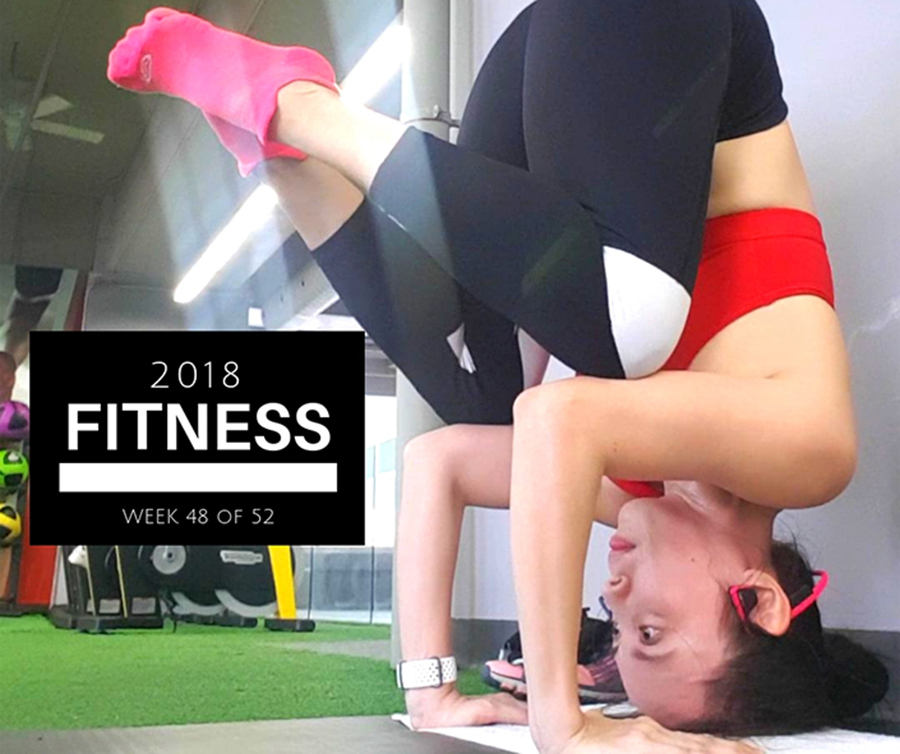 Whoa. Can you believe it? Only four more weeks and the year is done!

And what a year it has been. I certainly never thought I’d wind up still running only for fitness by the end of the year. I thought I’d be conquering 10K’s and racing sprint triathlons again, but life had other plans. At the very least, my weight has stayed pretty constant, because hey, that’s what consistency gives you. Also, just being flexible in what I consider a workout has helped me hew closely to the “exercise five days a week” goal I set at the beginning of the year.

When my niece died just a little under two months ago, I kept myself on an even keel physically and emotionally by maintaining that consistency in exercise. Any frustration I felt just seemed to drop away at the end of a run or a workout, and I was able to find some distance between myself and grief. Or at least, let my tears come out as sweat…

But grief manifests itself in lots of little ways. This past week my temper has been unusually short. I swear, if I hadn’t been self-medicating with exercise-induced endorphins, I would have had a meltdown. Grief is a form of energy, and I need to expend it in a healthy way. I think I could do that by racing again.

When the world doesn’t make sense, when everything feels like it’s upside down, I pray. Then I start looking at the smallest things I can do to make life feel more manageable — the daily routines of waking up, eating, exercising, bathing, sleeping; accomplishing work tasks; running errands; and yes, actual training for a set goal.

When you start preparing to race, you try to control the things you can within the parameters of the race, which are also known. There’s a feeling like you’re in charge, and that you’re not just aimlessly beating the air with no end in sight. When you finally cross the finish line, you feel as if you can do anything you set your mind to.

I really miss racing and doing it properly rather than just surviving to the finish line. I might have something coming up in the first quarter of next year. I’ve already signed up for the 3K fun run at Super League Singapore on February 23 and will be spectating the rest of that weekend. I’m also looking at a triathlon in Bali towards the end of March — but that would mean rebuilding my Ceepo roadie bicycle.

Seeing the world from the lens of racing might make things seem less topsy-turvy, more manageable. At the very least, I can earn another medal and dedicate that to the memory of my departed niece.