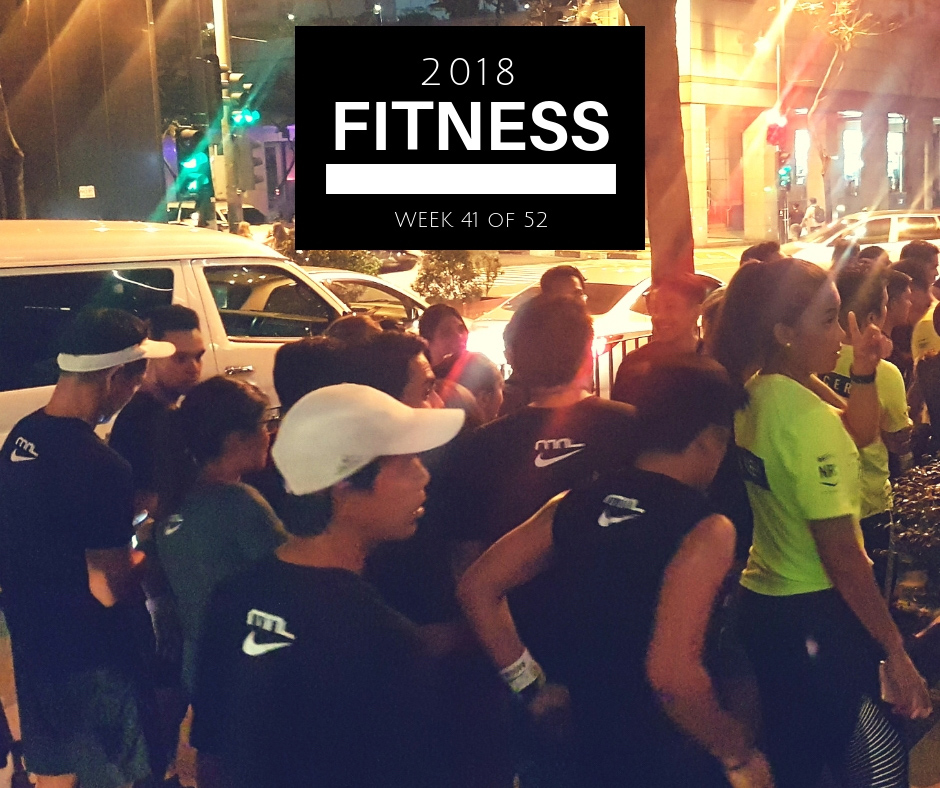 While writing the title of the blog post I realized there are only eleven weeks left to the year. I do have the sinking feeling that my fitness at this point is around the same as where I started in January (I even weigh the same!), but there is more to what I’ve been through this year than just weight loss and gain.

Last week, Nike Park BGC did a huge relaunch/reopening. Apparently, the store has been around for ELEVEN YEARS! That’s just a bit longer than I’ve been running. Check out this short vlog I did on the store reopening and a peek at the new Nike Zoom Fly Flyknit and Nike Zoom Pegasus Turbo.

Around that store, the landscape of Bonifacio Global City has changed so much, just like I have. The buildings have risen, but people still run through these same streets (just not as nonstop because of all the traffic lights). They’ve stopped holding races in BGC, but more and more people are running elsewhere around the country. And in those eleven years, I’ve gone from gym bunny to runner to marathoner to triathlete to ironman finisher back to gym bunny with a love for running.

The through-line for me in those many years is the commitment to exercise and not fall out of shape, regardless of how I exercise or train, or the reasons behind doing so.

I don’t think I’ve ever really told you the real start of my fitness journey, have I? Well, it’s not much different from many others, except that it’s my story. 🙂

I was a very active kid back in elementary and high school, who would spend recess and lunch break hanging out at the monkey bars or playing tag. That changed when I entered university, when nobody ran around for the fun of it and I had irregular meal times depending on the classes I was able to sign up for. A combination of this new sedentary lifestyle and bad nutrition (I would eat potato chips for lunch and have an ice cream sundae every day!) saw me adding an inch to my waistline every year until my third year. It got to a point I couldn’t find anything that fit me off the rack, so every weekend I would leave the department store in tears. I didn’t really set on changing anything in my life, though.

That was, until I overheard my parents talking about some underwear I’d left in the bathroom. It had had ants crawling all over it, which they said was a sign I was pre-diabetic. That scared the sh*t out of me. But because I was just a poor student, I couldn’t afford the gyms my classmates would go to. Instead, I popped in some exercise VHS tapes at home and danced my way to some weight loss by graduation. I kept up the home exercise routines until four years later, when I finally was able to sign up for a gym membership. More than just a weight-loss strategy, exercising had become a lifestyle.

It’s been 17 years since I made that first commitment to get fit and healthy. While my weight and body shape has fluctuated since then, health has been the core driver of why I keep trying to stay active. Ticking off bucket-list experiences and races and snapping up finisher medals and podiums were just bonuses and additional motivators.

Being alive and well and able to run is something I’m so grateful for, and I hope to be doing it for a long, long time.