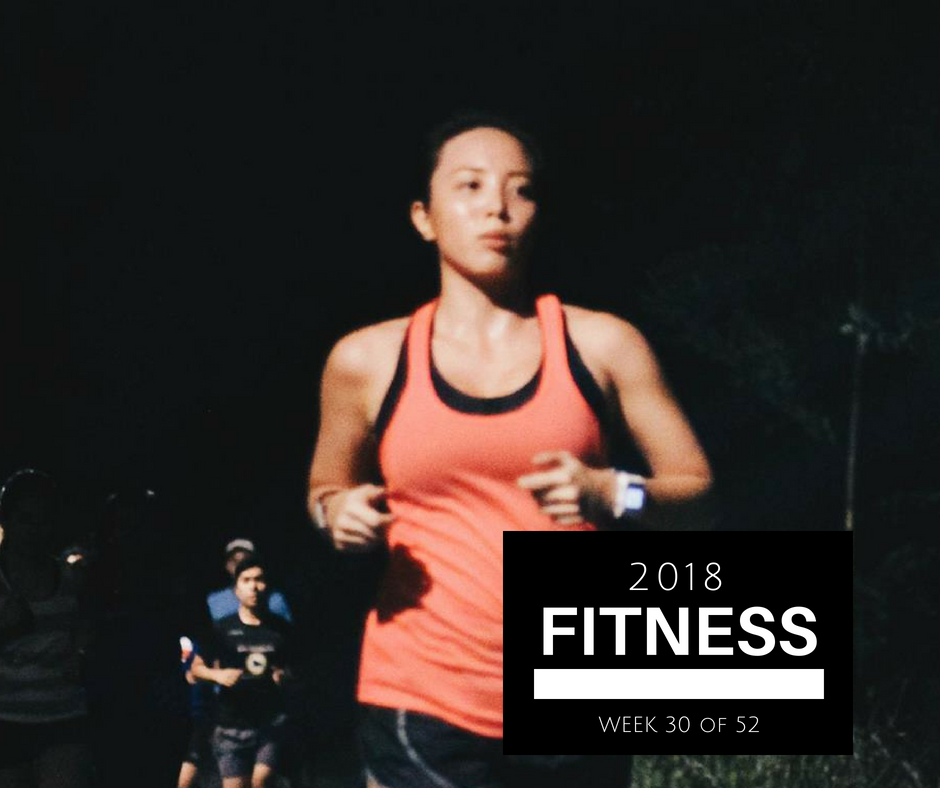 Last week was a particularly wet one with typhoons rolling across the country, but of course since I do my training on a treadmill it didn’t really affect my runs. The alternate days of walking, however, I wasn’t able to do; I usually just walk around the condo complex instead of spending money and gas to get to a gym to do the same thing. With rain pouring down, I couldn’t really walk.

I think it was just as well, since I came down with a cold anyway. I felt the worst on Saturday, but took a turn for the better the next day. I was kind of getting down on myself, thinking I’d overtrained again.

And then I thought back to all the other times I was getting ready for races. I realized I usually feel low one to two weeks before the race. Not too sick, but just enough to make me lay off the intensity of physical activity. So, it has always been the way my body announces it’s time to taper and get fresh enough to race.

It’s funny, I used to think of 5K races as short non-serious jaunts. I’m not used to approaching it as I used to approach marathons: as something I needed to prepare for. But I’m reminded of what Ironman world champion Daniela Ryf said after she won Ironman Frankfurt a few weeks ago. She said, “In the end racing is about pushing yourself and putting your boundaries higher and that’s what I tried to focus on. If it’s a small race or a really big race like here, I think it’s the approach, how you look at it.”

That’s a very important point. If you’re going to do something, you really need to put your heart into it, and I like to think I’m honoring the sport by being well-prepared whether it’s a local 5K or an international marathon. I think that’s also how my body is instinctively approaching this weekend’s Milo 5K.

Am I nervous? Hell, yes! I haven’t tested myself like this in forever, especially not since my body crapped out on me. But I really should listen to my own advice. I told a friend who’s nervous about doing her first Ironman in two months, “Control the things you can control. The rest of it, you surrender to God.”

So I’m pretty happy about my progress over the last six weeks. When I toe that starting line on Sunday, I know that I did all I could to get ready.