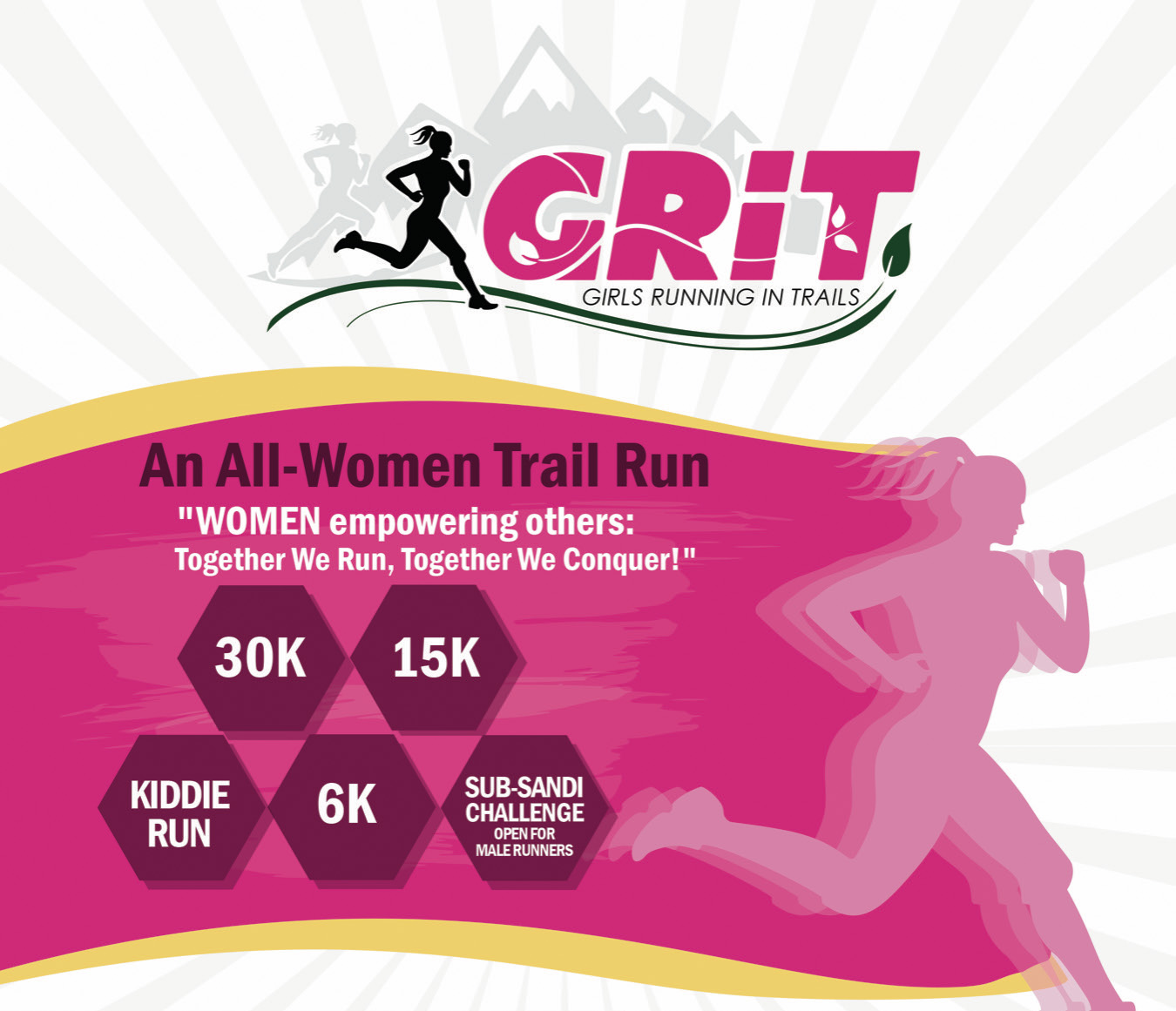 The second edition of the GRiT (Girls Running in Trails) All-Women Trail Run is happening on August 5, 2018 at the Eagle Ridge Golf & Country Club in Binangonan, Rizal. A bigger and better GRiT offers three race categories (30K, 15K, and 6K) as well as two side events: the Kiddie Run and Sub-Sandi Challenge.

Dear male runners, please don’t think there’s no place for you at an all-women run. GRiT 2018 also welcomes its male friends as volunteers and pacers, or as Sub-Sandi Challengers. The Sub-Sandi Challenge involves running with GRiT ambassador Sandi Menchi Abahan on the 6K trail. Those who beat her time will receive special tokens.

Last year’s edition attracted 500 women with their family and friends and male volunteers in the trails of Pintong Bukawe, San Mateo, Rizal.

The proceeds of GRiT 2018 organized by RaceYaya aim to fund Sandi’s training and racing expenses as she targets the Salomon Ring of Steall Skyrace in Scotland. Last year’s GRiT proceeds supported Sandi’s entry to TDS-UTMB in Chamonix, France, the world’s most prestigious trail running event. Sandi finished 21st among the female elite runners and became the first Filipino/Southeast Asian runner to get on the TDS-UTMB race leaderboard.

Sandi is a natural-born athlete. Growing up she played badminton, softball, and taekwondo. In high school, she joined her first 5-kilometer run to gain extra points and grades. Her top 8 overall finish landed her a spot in the school varsity and a coveted scholarship. As a school track and field varsity athlete, she always topped the Cordillera Administrative Region meet.

After graduating from college in 2013, she was hungry for the win and consistently trained, joining road races from short distances, half marathons all the way to the whole marathon distance. In May 2013, she joined her first trail 50K ultramarathon at The North Face race in Baguio. Bagging the second fastest female spot, she racked up the first of her continuous podium finishes in trail running. The 2014 International Skyathlon Race in Kota Kinabalu saw Sandi finishing as first female in the Asian Skyrunning Circuit and fourth overall.

from beginners to more advanced, female athletes can take part