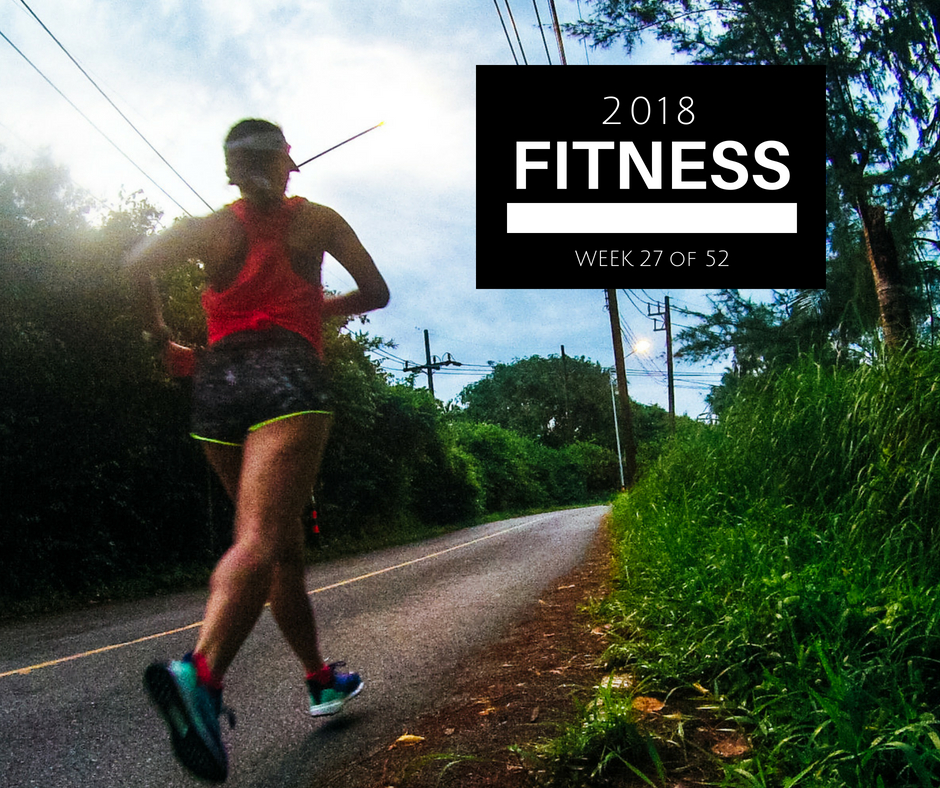 Last Sunday was the 10th anniversary of Takbo.PH, and they held a Runfest at the Mall of Asia where many of the people I ran with at the beginning of my fitness journey came together to celebrate the milestone. As much as I wanted to be there to be with my friends, and as much as I wanted to run, I had to temper my overeager and yearning heart to stay home and try to recover.

I traveled through most of last week, and the rest of the week was spent resting from that travel, but I did get a scare that warned me I might be overextending myself. During the descent of one of my flights, I suddenly had a piercing pain beneath my left cheek. It felt like someone was trying to inflate a balloon in my nasal cavity. Apparently, my sinuses were blocked by congestion and I couldn’t equalize the pressure in them.

Thankfully, I had a suspicion that it was my sinuses and not some strange creature trying to dig out of my skull, so I kept quiet and just did alternate nostril breathing exercises, which took my mind off the pain and helped me stay calm. I still had a connecting flight after, so I had to deal with this problem right away. A quick Google search confirmed that sinus problems can be triggered or made worse with air travel — the condition is called “sinus squeeze“. So on consulting with my doctor parents I popped a decongestant tablet and learned how to equalize my sinuses using the Valsalva method commonly used by scuba divers.

I usually suffer from nasal congestion when I exercise hard, or when I’m extra tired. Pre-flight I had only had two hours of sleep, and I did mention in last week’s Fitness Diary that I hadn’t been sleeping well. My congestion is relieved by aforementioned decongestant tablet as well as a good night’s sleep, so that’s what I tried to do the rest of the week. Hopefully this sinusitis isn’t chronic, but it’s another reminder that I shouldn’t take sleep and recovery for granted.

Speaking of pain, it is the body’s way of telling you there’s something out of the ordinary going on, and you should pay attention. Isn’t it marvelous that there are so many different kinds of pain, though, and in different intensities? In the pain, there is information — if we can stay self-aware enough to process it. I’m not talking about the kind of pain that causes instinctive reactions to pull away (high heat, sharp objects). I’m talking about the dull ache of muscles coming to life when exercising after a long time off. The harshness of gasping for breath when you’ve gone out too hard on your run. The searing of thighs and calves when you burst into a sprint.

As runners and endurance athletes, we learn what discomfort we can live with and when we need to back off to avoid injury. We also understand that sometimes pain is like a summer storm: it comes and darkens the world momentarily, and then blows over. Some go Zen. Some use distraction to take their minds off it. Some face it head-on and just punch through it. Some channel it into fuel to push harder. But we all know that pain comes sooner or later. And the way we deal with pain during our training and racing is influenced by, and also influences how we deal with other types of pain throughout our lives.

I’m the kind of person who is excitable and reacts quite loudly to things. I’m not one to stay calm and collected. Well, at least, that’s my natural state. But through my years as a runner I’ve developed a self-awareness about the different kinds of pain, and in that awareness know how to respond. Who would have thought physical discipline would have such a connection to state of mind? Who would have thought the mere act of running can contribute to one’s holistic growth as a person?

As the eighth anniversary of my first marathon comes up this week (coincidentally, also my birthday), I’m happy that running is still a big part of my life and I continue to learn from it.