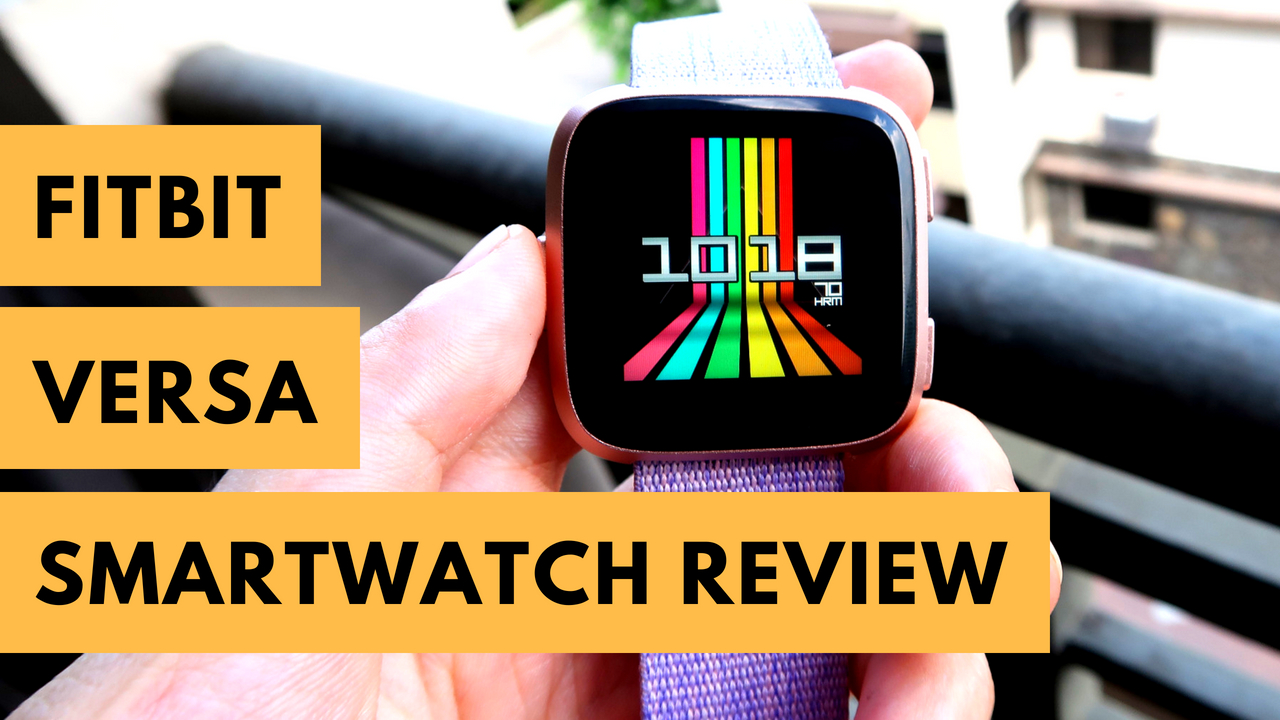 Another month, another review. Fitbit surprised me last month by launching the Fitbit Versa — yet another smartwatch — just after they launched the Ionic.

The Special Edition comes with an extra black rubber/plastic wristband, which I found better suited to a more active lifestyle.

The Fitbit Versa is more for the person who likes to get their exercise in, but also has a life outside of sports, or exercise. A person who likes exercising, who likes hitting the gym, but probably would also have a lot of use for a smartwatch.

(It’s supposed to be their answer to the Apple Watch, but since I neither own an iPhone or an Apple Watch I can’t really speak as to its competitiveness in this category.)

The main difference between the Versa and the Ionic is that the Ionic had an internal GPS tracker while the Versa needs to connect to your phone to use the phone’s GPS. This is what Fitbit calls Connected GPS, and it’s used this technology
in previous devices like the Charge 2, in my experience.

The Versa is also not too bulky, which I found the Ionic to be, slightly. I forgave the bulkiness in the Ionic because I compared it to other sports GPS watches, and the Ionic was a sleeker version. But the Versa is like a stylish wristwatch that takes its cue from the Pebble fitness tracker which Fitbit acquired a few years back. And a lot of people who used Pebble back then have commented that the Fitbit Versa has taken that form factor of the Pebble and given it Fitbit’s ecosystem of apps and software.

So, all-in-all, it’s a pretty solid lifestyle fitness watch. I think maybe the biggest issue that I had with this watch was the Connected GPS because, as everyone knows, Connected GPS is not as accurate as dedicated GPS for your watch.

The two times I ran with it outdoors, the watch was able to record the distance, but when you look at the GPS data and the map it doesn’t have the entire shape of the route, or it kind of ends in a weird place so it doesn’t show parts of the run.

Like I said, if you’re a lifestyle athlete, somebody who likes exercising and likes being able to track their workouts but you’re not as obsessive about your data as some of us “feeling professional athlete” types are, then the Versa is just the right watch for you.

Buy the Fitbit Versa on Fitbit.com and at major online retailers including Lazada. You can also find it at Digital Walker, Globe, Liberty, and RUNNR.