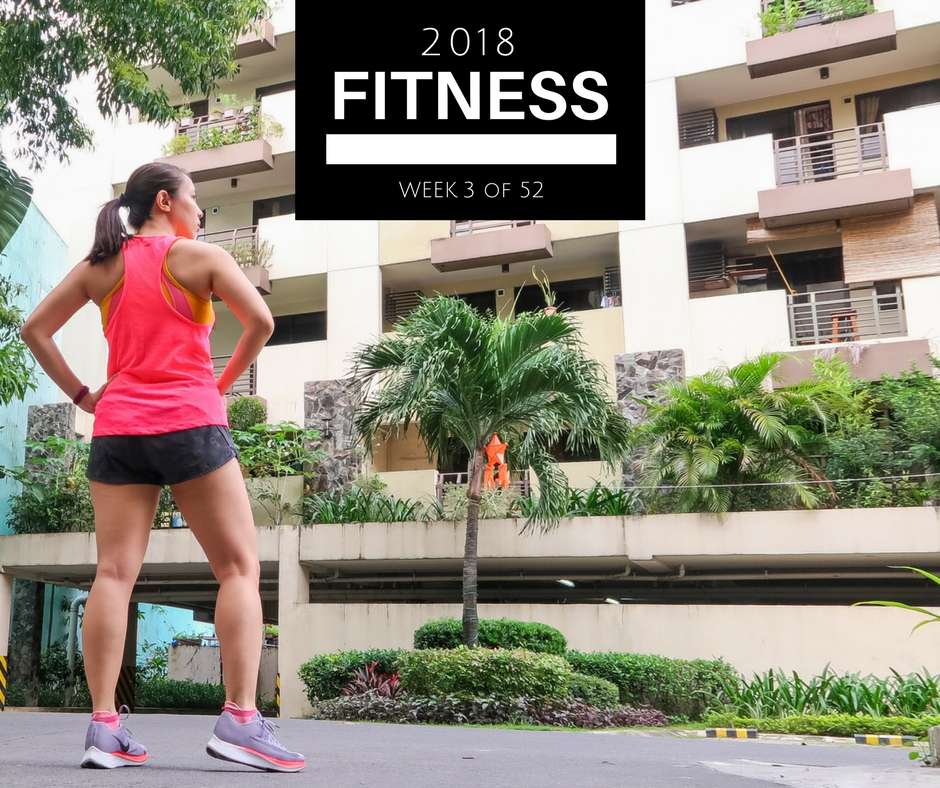 Given all the big but aborted race plans I had last year, I’ve decided to approach 2018 differently. My body is not as forgiving as it used to be of big jumps in intensity and mileage, resulting in plenty of sickness downtime. Sure I’d be fit and on top of the world for a few weeks, but I’d have to take two weeks off due to a persistent cold or sore throat.

Instead, my goal this year is consistency.

I’m going to try to exercise five times a week for the next 52 weeks and see where that takes me — and I will be logging those sessions and my thoughts on them here in a weekly “fitness diary” to keep accountable. This week is already the third of 52 weeks in the year, so that’s where this diary will start.

What should I define as exercise? At least thirty straight minutes of some sort of physical activity. This can range from the usual suspects as running, swimming, and the occasional bike ride, but can and should also include yoga, HIIT, calisthenics, and whatever other exercise that I might be able to try. The point is to keep moving.

I’ve already mentioned that I’ve got some momentum from last year, creating better exercise and diet habits. I’m running twice a week and doing yoga twice a week, so that brings me up to four days of exercise. Five days is the goal and starting this week I’ll set my schedule to accommodate that.

Happy to report that I’ve shed another pound in the past week, shaving my weight down from 130 pounds to 124 pounds. On a 5’3″ frame, six pounds is a lot and I can already feel relief in my lower back from not carrying around so much weight. I’ve lost the chunk all over my body, but can also see considerably less bloat in my belly. I’ve also been tracking fat percentage and body water percentage, so I can safely say that this isn’t just water loss.

The conundrum here is that I’ve lost that weight not by increasing the amount of high-intensity exercise. I’ve found that whenever I do intense workouts, I gain a huge appetite and end up over-eating. So instead, I’ve done moderate-intensity exercise and yoga. Then, I make sure to eat slowly, drink plenty of water, and stop when I’m satisfied, not when I’m bursting at the seams.

It’s a bit of a re-orientation of habits, especially after years of endurance training and eating anything I want. But at this point I’m not capable of (or even willing to do) those feats of endurance, and I shouldn’t be eating like I need to fuel them.

As the weeks go by, keeping track of how I feel and perform at being consistent will help determine whether I should then start aiming once again to do sprint triathlons, half marathons, and speedy 10K’s. But I don’t want to get ahead of myself and bite off more than I can chew.